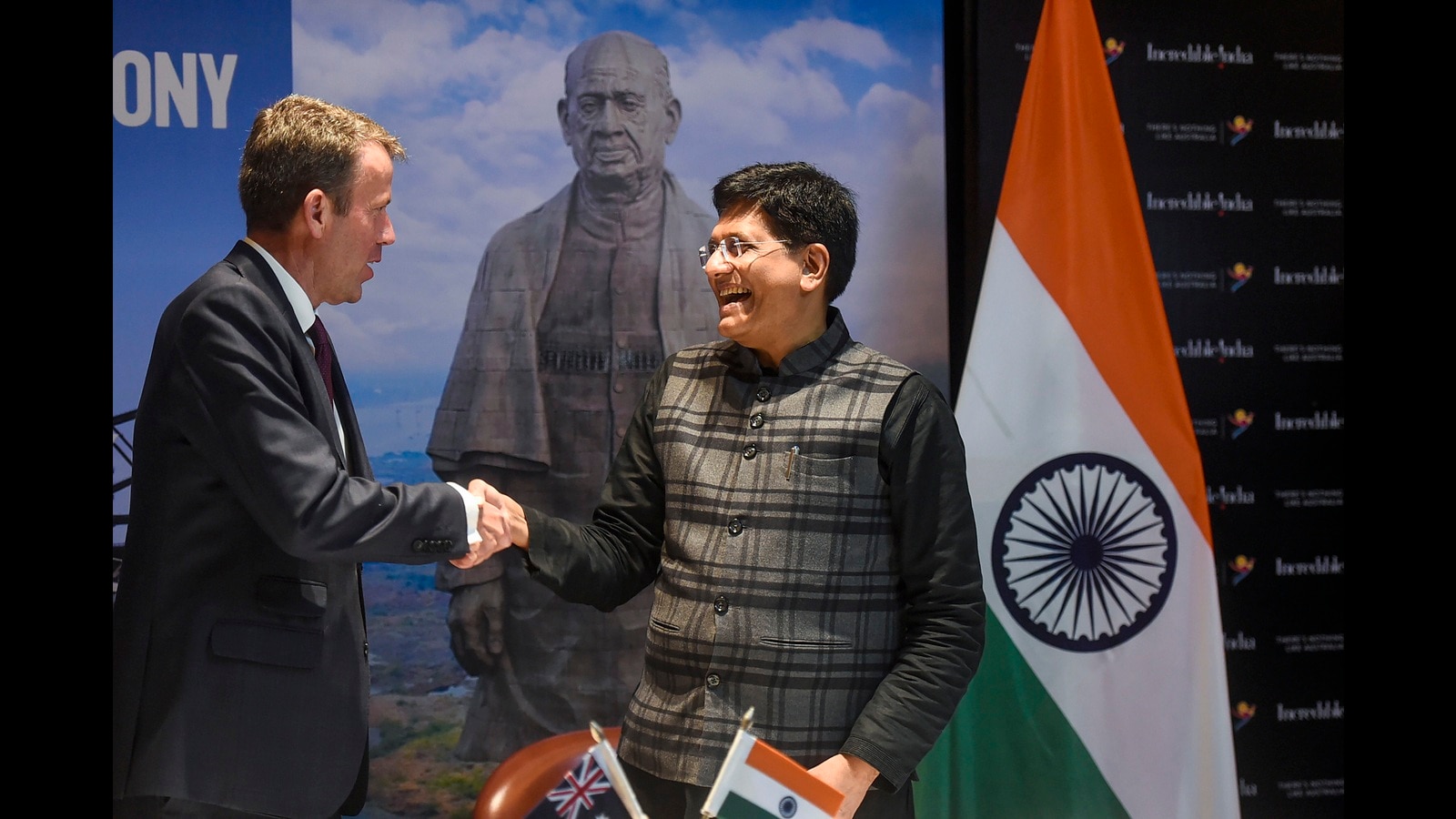 NEW DELHI: India and Australia are expected to unveil an interim, or early harvest, trade deal in the first week of April as a precursor to a comprehensive free trade agreement that is being pushed by the leadership of both countries, people familiar with the matter said on Wednesday.

The fine print of the interim deal is ready for approval by the two governments, which is expected this week, and the agreement will then be announced immediately, the people said requesting anonymity. An announcement is expected as early as April 2, they added.

The interim deal will set the stage for a comprehensive economic cooperation agreement (CEPA) with Australia, the second such pact with a major country following the successful conclusion of a treaty with the United Arab Emirates (UAE) in February.

Both India and Australia understand each other’s sensitivities, and barring such items, there are immense possibilities to “catch low hanging fruits for mutual gains”, one person said, hinting that the interim deal may not cover the dairy sector.

The early harvest deal will pave way for a comprehensive FTA, on the lines of the one with the UAE, in the next 12 months, he said. The interim agreement would cover areas of mutual interest, such as goods, services, rules of origin, sanitary and phytosanitary measures, customs procedures, and legal and institutional issues.

On February 11, commerce minister Piyush Goyal and his Australian counterpart Dan Tehan jointly announced in New Delhi that the two partners had reached “an understanding on the interim agreement”, and that it could be finalised in the next 30 days. Australian high commissioner Barry O’Farrell, too, recently said the two sides were set to finalise the early harvest deal by the end of March.

There were some delays because of technical reasons, including geopolitical developments such as the Ukraine crisis, the people said, adding the India-Australia CECA will be concluded 12 months after the interim deal.

Australia and India are important trading partners, with bilateral trade worth about $12.3 billion during 2020-21, which was a Covid year. Trade between the two countries has surged significantly in the current fiscal. According to official data for April 2021-January 2022, while India’s exports to Australia increased by 92.6% on an annualised basis at $6.33 billion, imports surged 119.6% to $13.5 billion in the same period.

In services, major Indian exports relate to travel, telecom and computers, and government and financial services, while Australian services exports are principally in education and personal-related travel. In 2020, India was Australia’s seventh-largest trading partner and sixth largest export destination, driven by coal and international education.

Rare earth minerals, required for clean technologies and electric vehicles, have emerged as another key area of cooperation. Australia accounts for more than 55% of global production of lithium. On March 10, India’s Khanij Bidesh India Ltd (KABIL) and Australia’s Critical Minerals Facilitation Office (CMFO) signed an MoU for joint due diligence of select Greenfield and Brownfield projects to identify lithium and cobalt assets for joint investment decisions and acquisition of assets in Australia catering to the critical and strategic ecosystem of both countries.

Both countries have committed an initial investment of $6 million for the joint due diligence process to be done within six months. The MoU will help develop a robust critical minerals supply chain to ensure reliable supplies of rare earth minerals for the transport, energy, telecommunications, medicine, aviation, and defence sectors.

Share
Facebook
Twitter
WhatsApp
Previous articleEMC Shielding and Test Equipment Market worth $8.2 billion by 2025, at a CAGR of 5.2%
Next articleInspiring Memoir of a Doctor from Guyana Makes It to the London Book Fair
RELATED ARTICLES
Business