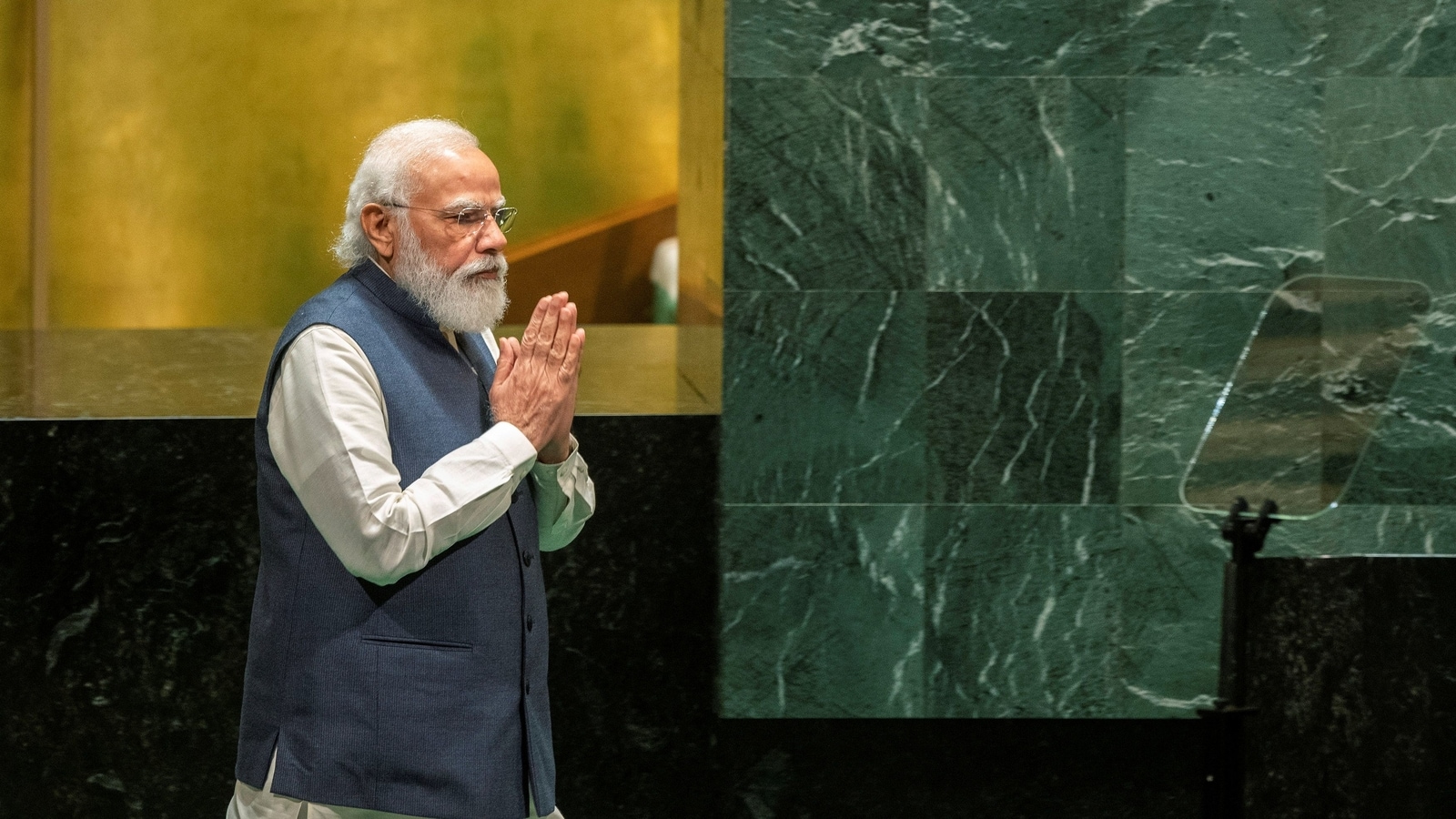 PM Narendra Modi on Saturday addressed the UN General Assembly and said that more than 36 crore people in India have an insurance security scheme – something they couldn’t imagine in the past.

Addressing the 76th session of the United Nations General Assembly (UNGA) on Saturday, Prime Minister Narendra Modi talked about an “all-inclusive” and “universal” development. He stated that during the last seven years, more than 43 crore people have been included into the banking system, who were deprived of the facility earlier.

“Today over 36 crore people have an insurance security scheme (Bima Suraksha Kavach) who could not imagine this earlier,” PM Modi told the UN General Assembly.

He further stated that India has offered treatment to more than “50 crore people and connected them with quality healthcare service.” “India has constructed three crore pucca (concrete) houses for homeless families and made them homeowners,” the Prime Minister added.

While highlighting the various flagship initiatives undertaken by the Indian government for its citizens, PM Modi said that the modern-day definition of Antyodaya is one where no individual is left behind. “It is with this principle that India today is moving forward on integrated development,” PM Modi added.

Speaking about the issue of polluted water, the Prime Minister said that it doesn’t only plague India but the entire world, especially the “poor and developing countries.” “In order to address this challenge, we are carrying out a very big campaign to ensure clean piped water to more than 17 crore homes,” PM Modi said during his UNGA speech.

Following his speech, Bharatiya Janata Party (BJP) president JP Nadda took to Twitter to hail the “most popular world leader” and said that PM Modi spoke like a true “statesman.” “His speech is going to make 130 crore Indians of the country proud,” Nadda wrote in Hindi.

PM Modi, who addressed the UNGA during his three-day US visit – which marked his first in-person visit to the States after US President Joe Biden took charge, is scheduled to head back to India tonight.