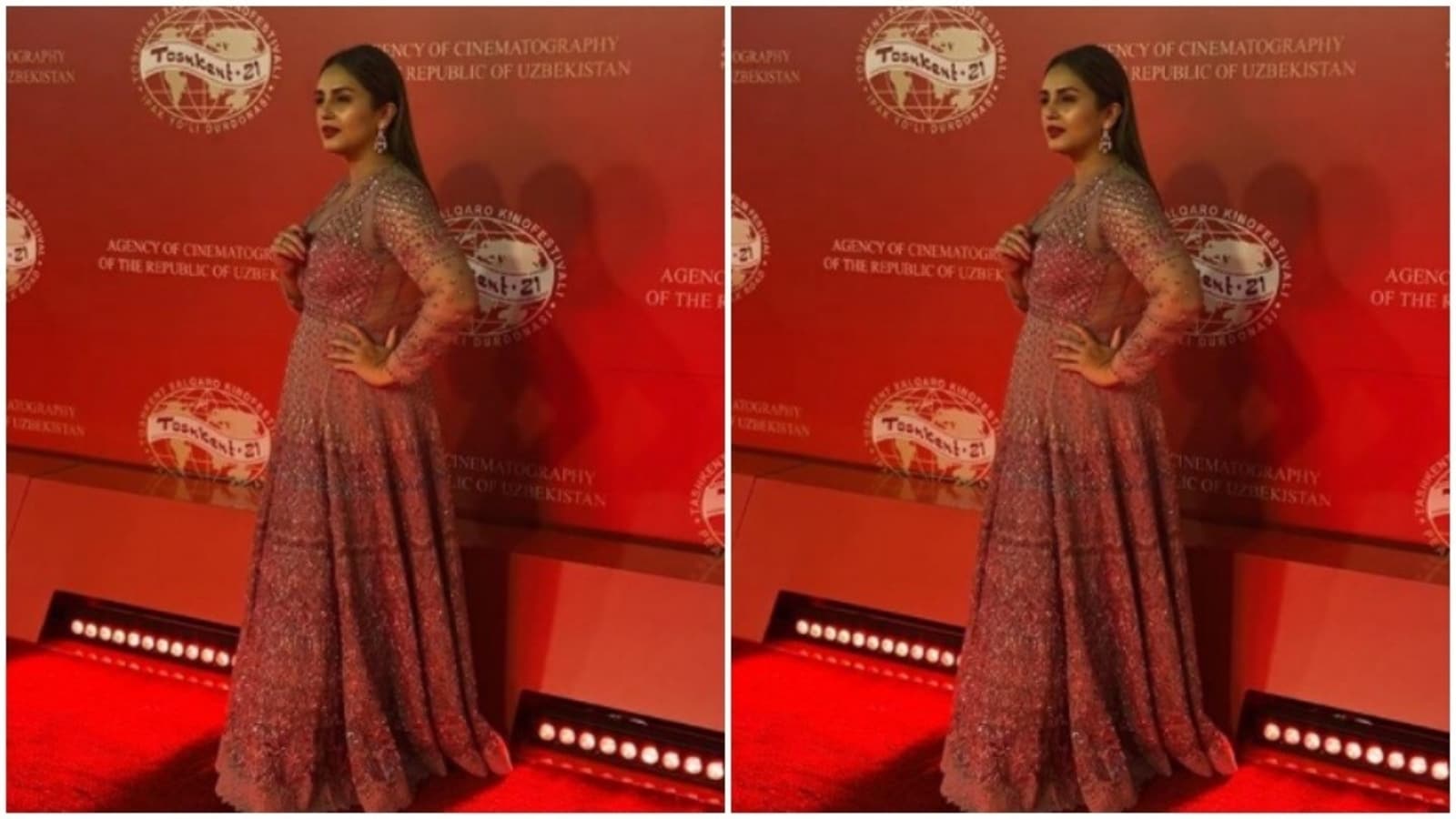 Huma Qureshi’s red carpet looks are a treat for sore eyes. Be it a shimmery saree or an embroidered lehenga or a long traditional dress with detailed work, the actor always makes it a point to handpick her attires to make her fans and followers swoon. The actor is currently in Uzbekistan, attending the Tashkent International Film Festival 2021. For her appearance on the red carpet, she went all traditional in a long dress.

Huma shared snippets of her red carpet look on her Instagram profile and they will make you drool like anything. The actor chose a rose pink long dress with a slip in the front showing her midriff. The shimmery dress is heavily embroidered in cream white and silver, and it makes her look right out of a fairytale.

The dress is attributed to the designer house of Jade by Monica and Karishma, who specialises in traditional outfits but with a dash of contemporary touch.

Styled by the fashion stylist house Who Wore What When, Huma chose to leave her tresses loose in the back. The actor wore minimal makeup, and just added bright red lipstick to complement her attire. Her makeup was done by celebrity makeup artist Mahima Wachher.

In another picture, Huma posed with fashion designer Ritu Beri. Ritu Beri walked the red carpet in a dramatic gold and black crop top and a multicoloured heavily embroidered long skirt. Together, Huma and Ritu were a treat for all fashion lovers.

Huma Qureshi flew to Uzbekistan for the film festival, which has a long-term association with Indian films. The international film festival, kickstarted on September 28 and will go on till October 3.

In terms of work, Huma was last seen in Bell Bottom, which also starred Akshay Kumar and Vaani Kapoor in main roles.