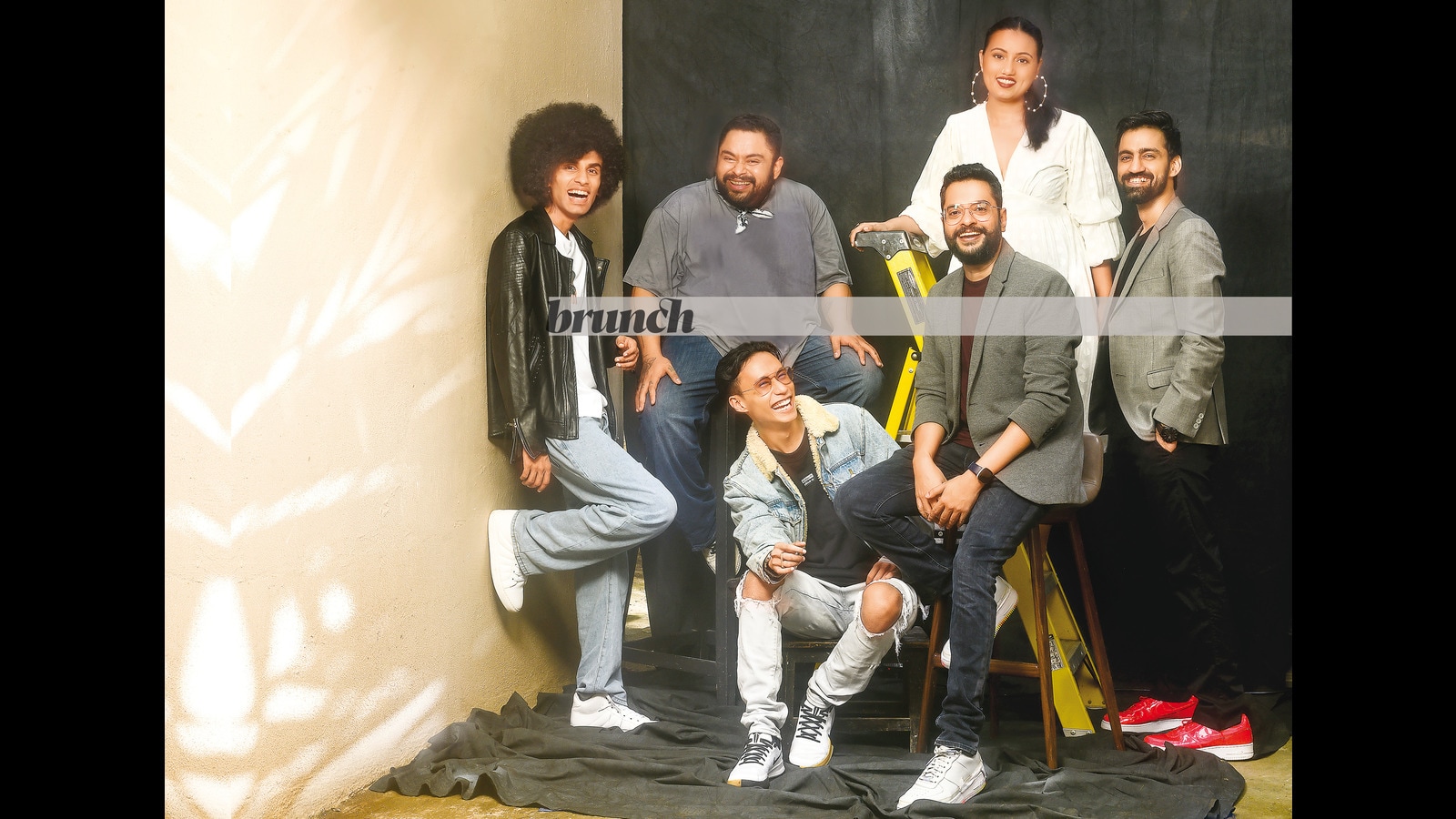 Screen fatigue, please take a break. For the hottest new social media app on our phones doesn’t need us to peer into our screens at all.

Audio-based networking app Clubhouse was launched in 2020 on iOS only in the US, and expanded its footprint around the world slowly during the pandemic. The fact that it could be used only on iPhones and that it was “by invitation only” added to the exclusivity.

The popularity grew exponentially when Elon Musk turned up in one of the rooms, and Facebook founder Mark Zuckerberg showed up to chat in another.

The audio only format took away the pressure of looking good and gave users the feeling like they were talking to a friend (or a group of friends), so what if they had a few hundred people listening in.

When CH went to Android earlier this year, and then dropped the “invitation requirement”, subscribers grew exponentially all over the world.

In India, you’ll find rooms as diverse as Shoot The Shot (a millennial flirting room) to those discussing politics. We pick out six CH hosts whose work you should follow to discover a new way of social networking that you may just begin to enjoy.

When Janice Sequeira decided she’d go independent with her lifestyle journalism and publish her stories on social media, she couldn’t have been convinced she’ll be a success, leave alone make money off it. Yet, while many struggled to make ends meet during the pandemic last year, Janice’s YouTube show Social Media Star with Janice, which brought together celebrities from the world of Bollywood and digital media together, became a big hit. Currently, a self-produced Season 2 is already being talked about.

“Being a video creator, the audio-only-space went over my head at first,” Janice admits. “But I was hooked after I hosted a session about the reality show The Fabulous Lives of Bollywood Wives, and Bhavna Pandey made an appearance.”

CH conversations aren’t scripted, she says, and hopes that “there will be an option to pre-record sessions in the future.”

Is CH really a safe space? Any platform where opinions are being shared freely is bound to be a sitting duck for those looking to push a certain agenda.

A big no on CH? Talking over each other. If everyone’s talking and no one’s listening, it’s just noise, right?

Host of: The Dark Room India (32.4k members) on Thursdays and Sundays; and TWOT (Total Waste of Time) on Saturday evenings

Even at 30, Santu Misra is a social media veteran. He is the creative director who has inspired a thousand viral memes, mentored millennials on how to become stars online, and is famously the creator of the South Delhi Aunties, starring Dolly Singh and Kusha Kapila.

Santu joined CH in December 2020, but it wasn’t until the second wave of the pandemic in April/May this year that he got active on it.

The Dark Room, a no-holds barred room that he co-hosts with former Elle Editor Aishwarya Subramanyam, is called “the safe space” by the hundreds who tune in to talk openly about taboo subjects. (An infamous room on the act of anilingus—look it up if you don’t know what it is—drew controversy and appreciation. “It’s become table talk ever since,” chuckles Santu.)

Santu and his friends’ wry sense of humour and strong opinions have made this group host “sponsored rooms” by brands like Durex, signalling a sign of times to come.

Is CH really a safe space? No social media platform is completely safe. Social media itself is a very voyeuristic space.

Host of: Inside the Writers’ Room, where he gets screenwriters to open up about their scripting process, and In the club, with wife and co-host Janice Sequeira, where they interview celebs with The Bollywood Film Club (25k+ members).

The Mumbai-based screenwriter screenwriter of films like the upcoming Rashmi Rocket and Malang (2020) brought Karan Johar on Clubhouse when the app was “by invitation only.” He signed up in February 2021, but only got active a couple of months later. The first room he hosted on The Bollywood Film Club was about ‘90s Hindi cinema, which saw a decent turnout of film geeks.

“Unlike video content that requires a fair amount of pre- and post-production, the time devoted on Clubhouse is restricted to the duration of the session. All you need is a phone and an Internet connection. It would be nice, though, if we could archive conversations on the app for perpetuity,” Aniruddha says.

Is CH really a safe space? Every social media app is equally safe or unsafe. With Clubhouse, people can find ways to record conversations on the app and edit/stitch them to create the narrative they desire. But it’s an off-shoot of living in 2021, and something we’ll have to learn to deal with.

A big no on CH? Sharing details of trauma, sexual experiences without a warning first. You never know who’s listening—underage kids or people battling mental health issues. A trigger warning is a must.

There’s a set of rooms on CH that can be any music lovers’ addiction. Musician Anirudh Deshmukh’s room is one of those.

Buddying singers, poets, instrumentalists come together over theme nights or mood nights to sing their favourite numbers. While Anirudh’s room happens every evening, of note are the classical musicians from the West Coast of the US and Canada, who play out tunes in the early hours of Indian Time, when it’s evening for them.

The USP of such rooms is that they’re most often the most pleasant of them all, with participants encouraging the other to sing, apologising if they’ve taken up too much time.

“For musicians, Clubhouse is one of the only apps where the audio quality is crisp and there are hardly any latency issues,” he explains.

The Late Night Jam isn’t a structured room. Anirudh starts the room, and every day it takes its own shape. “Musicians, instrumentalists, poets, spoken word artists and the listeners come together every night for their love of these art forms,” he explains.

Is CH really a safe space? No app can be called a safe or a toxic space. It is us, the users who determine whether an app will be useful or otherwise based on how we choose to interact with it. I consciously remind people that even though the room will always be around for them to help in any way through music, poetry and art, we wouldn’t call ourselves a ‘safe space’.

A big no on CH? To not explore the width the app provides; disrespecting someone over differences in opinions; making someone feel small.

A flight attendant by profession and YouTuber with a channel on aviation humour, Kevin got a taste of hosting a room when he had to take over for a friend with Internet issues. His speciality of hosting rooms on Paranormal Activities, with people latching on to every word, his bi-weekly rooms going on for six to eight hours late into the night, has made him immensely popular. “You never really know who you’ll be talking to—a billionaire, Nobel prize winner, actor, influencer or a regular flight attendant like me,” he smiles.

He hopes there will be of verification for people joining the app. “Negative things can get to you as this happens when you’re in a conversation,” says Kevin, who’s currently off CH and back to work in Doha.

Is CH really a safe space? People use CH for trauma dumping and start ranting about their lives. Please treat CH just like any other social media application.

A big no on CH? Being disrespectful.

Besides a recording feature, Dhruvin also hopes to see an improvement in the app’s desktop interface. “My favourite room was the first one about outer space, Interstellar, where we went from debating the possibility that we’re all actually living in a black hole to exploring the idea that perhaps we’re just characters living in a simulation,” he says.