How to examine moles at home: Review of the NOTA mole checker 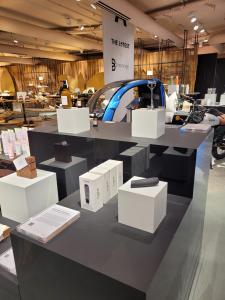 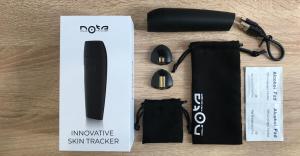 Early diagnosis of skin cancer at the price of a smart watch. Detailed analysis of the device and the NOTA mole tracker app

Using NOTA to examine moles is similar to using an electronic thermometer.”

SAN FRANCISCO, CA, USA, November 25, 2022 /EINPresswire.com/ — NOTA mole tracker is a device for the study of moles and the diagnosis of skin cancer, which stands out in a special way among others. For example, this is not a magnifying glass attached to a phone, it is an independent device that uses bioimpedance technology for measurements, i.e. it literally penetrates the skin by 2 mm with a weak electrical pulse and measures the resistance of cells.

Yes, the device has a fairly high price – $300, but if compare, for example, with an annual subscription to the SkinVision app, will get $25 versus $45 monthly. NOTA can measure the moles of all family members, supported by almost any device and takes up 50 MB of memory.

Filling and appearance
NOTA is a small black gadget, on one side of which there are removable heads with 4 electrodes. The case material is a pleasant-to-touch plastic covered with soft-touch, which prevents the device from sliding in the hand when measuring a mole.

The sensitive brass electrodes of the device head, which register changes in the cells, are gold-plated to prevent corrosion and increase service life.

Until the end of January 2023, Artes Electronics is making a big discount on the device (199 instead of 320 us dollars), so anyone can afford to buy NOTA for the diagnosis of nevi. The reason is that moles can most often degenerate into malignant formations due to regular exposure to solar ultraviolet radiation on the skin. And it is very important not to miss this moment. Payment is possible by card or paypal. NOTA is delivered to all countries of the world.

Should immediately note that this is not a medical device, but its results can be a step towards an early meeting with a dermatologist, which will help get rid of possible skin cancer at an early stage, when treatment is limited only to the removal of a mole and follow-up. Therefore, use NOTA also as a 2-opinion after consulting with a dermatologist.

For NOTA to work, need a phone with the NOTA mole tracker app installed, which can be downloaded from the AppStore or Google Play, and Bluetooth.

All moles are stored as a list with brief information – the location of the mole, the time of the last scan, a reminder and an icon with a green or red dot – the result of the last examination. Moles can be sorted by creation time, last scan, and so on.

To check the harm that the sun does to our moles, the experimenter sunbathed for 1.5 hours without a protective cream.

At the same time, moles on the abdomen appeared under the sun, usually hidden by clothes. Before the tan, NOTA showed that everything was fine with the moles, but after sunbathing, the device showed that something was wrong with the moles. And it was true, because the subject received a slight sunburn, in which the skin was hot, reddened and began to itch. At the same time, the moles were checked using an artificial intelligence-based application, and it showed that everything was fine…

Conclusions from the experiment:

1) The bioimpedance method used by NOTA notices changes in the mole even after a short stay in the sun without protection (sunscreen, clothing).

2) Applications for detecting changes in moles using AI are ineffective. If really need to find out the “fate of the mole from the photo” – send the image to the doctor.

P.S. A day later, when the itching and skin temperature have passed, the experimenter measured the mole again – everything is fine.