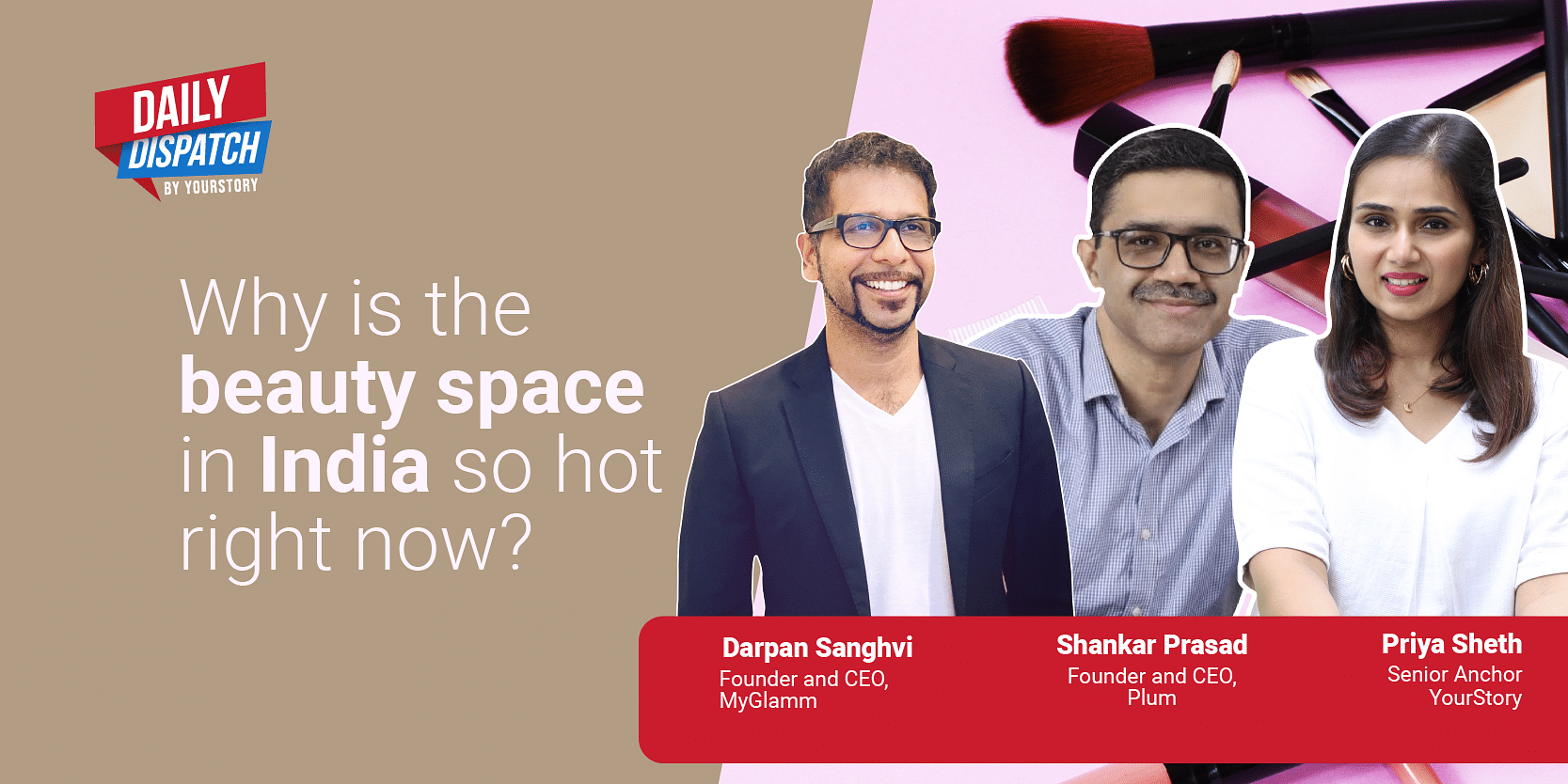 India’s beauty industry is one of the biggest, with a market valuation of approximately $11 billion as of 2017, as per Statista Research Department. The onset of the COVID-19 pandemic in 2020 did hit sales initially, but the industry bounced back in a few months.

Shankar Prasad, CEO and Founder, Plum, said the pandemic ensured that some things stayed the same while others changed in the industry. Secular growth in the industry across all dimensions continued despite COVID but the big change was the bounce-back in retail after the drop in the first quarter of the financial year.

“Online continues to grow and the coming quarter is expected to be really big for online,” he said.

Darpan Sanghvi, Founder and CEO, MyGlamm, added that each wave of the pandemic had an impact on sales as consumer sentiment was affected – discretionary spends are not at the top of someone’s priority list at times like these.

When the second wave hit earlier this year, a drop in conversion rates and increase in cost per impression were noticed. He added that this was a temporary phase as shown by the visible bounce-back in retail in the online and offline space.

“When the lockdown opened up, last festive season – October, November and December 2020 – was significantly better than 2019,” Darpan said.

He added that an amazing wave of growth has been noticed in the DTC space along with “humongous excitement from investors” as this segment had been building itself up for five years.

“ I don’t think the pandemic has fuelled the excitement of growth in beauty; I think that has been coming. It’s just that that timing happens to be now with everything coming together,” Darpan said.

The pandemic and the lockdowns accelerated the online side of the business across all categories, Shankar said. Part of this was induced by the fact that people were forced to shop online but now this seemed to have transformed into somewhat permanent growth, fuelled by the increase in consumption of content online, increased curiosity, and awareness.

“Beauty is one of the largest beneficiaries of this content explosion,” Shankar said.

Darpan shared that MyGlamm’s acquisition of POPxo and Plixxo in the middle of the pandemic was a game-changer for the company – it marked its foray into the  content-to-commerce space.

MyGlamm views acquisitions in terms of synergies and how they will accelerate its journey towards the end goal.

He said the acquisition of BabyChakra was a step towards exploring the “mom and baby” vertical as it is a trusted platform in this space. Additionally, BabyChakra is also picking up on the content-to-consumer front, which is why “there is an ample amount of synergy”.

Shankar said the skincare category is Plum’s forte and the category is still in its nascency. “The true skincare journey in the Indian market is coincidentally about as old as us, which is about seven to eight years or a decade at the most.”

In the last decade or so, people started adopting skincare products such as serums, toners, face scrubs, sunscreens, masks, etc., and there had been “a deepening and widening in the category”.

He added that haircare would continue to be a big category in the general beauty and personal care market, and was largely driven by oil and shampoo. However, a specialisation trend is likely in that space as well. There is also huge headroom for growth in the colour cosmetic space.

Shankar said personal care as a category is also going to move towards “premiumisation and specialisation” with products such as body scrubs, body oils, mists, etc.

Speaking of fundraising, Darpan said MyGlamm’s plans will depend on the growth and objectives of the company at the moment.

Shankar added that nothing specific had been planned for Plum as well on the fundraising front. “I look at capital as being an enabler to fulfilling the potential that the market offers and the brand that we have,” he said, adding that more capital will be needed for the trajectory Plum is envisioning .