How Dream Team Directors, a husband and wife filmmaker team broke through in Hollywood 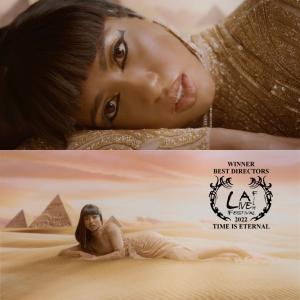 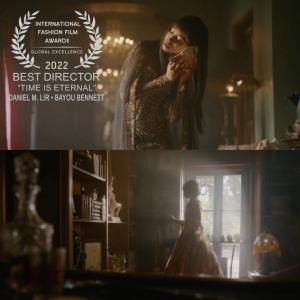 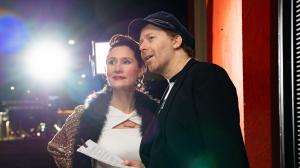 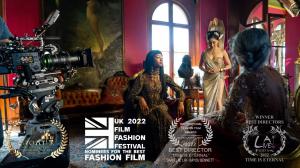 First meeting at a vegetarian cafe on the Lower East Side of NYC in 2007 and connecting over their love of cinema, the couple are now finding years of hard work paying off as they are simultaneously winning awards, nominations and selections at prestigious film festivals in Moscow, Canada, Seattle, Los Angeles, India and more with their latest film “Time is Eternal” starring Berite Labelle. Recently the couple took home top film awards as Directors at the UK Fashion Film Festival and LA Live Film Festival.

Their highly visual film takes you inside the mind of a renowned female writer in present-day Los Angeles, who is penning her latest novel, which imagines the fictional meeting of two legendary women. Cleopatra VIII, queen of Egypt during the first century B.C., comes face to face with the English writer-women’s rights activist Mary Wollstonecraft, also the mother of “Frankenstein” author Mary Shelley.

A powerful ode to female strength, the film chronicles a soulful discussion between these two trailblazers. Both known as lovers and as warriors for a cause, the fighter and the writer contemplate their differing approaches to leadership, culminating in a shared passion that intertwines eternally.

“We wanted to highlight the power of women across history, in a previously male-dominated world,” says Lir. “I strongly related to our star’s (Berite Labelle) purpose to inform a younger generation about the impactful and under-represented contribution of these women to the creation of our culture.”

“I want audiences to be overwhelmed with beauty and brought into a world of magic and inspiration that helps them forget their troubles and all we have been through as a human race in the last two years” says Bennett.

Lir and Bennett inspired by Berite Labelle’s goal to make history relevant to a younger generation brought on celebrity stylist and costume designer, Wilford Lenov, to help interpret history through a modern fashion lens. Lenov is known for working with pop stars such as Saweetie, Katy Perry, Bebe Rexha, and Iggy Azalea.

“Every character was about women’s empowerment and I wanted to push the envelope and bring a fashion element to the characters and a sexier twist. What can we spin off in the feminine energy for Gen Z and beyond?” Wiford Lenov

Since October 2021, the film’s star, Berite Labelle who brilliantly plays 4 roles diverse roles in the film, has covered four international editions of Vogue, Glamour and Harper’s Bazaar as well as Bold magazine.

Near Me Renders Easy Access to Top Plumbers in Milwaukee

Mukesh Sharma, CryptoMize with their advent of Perception Perfection Services mark a new dawn in the Media Industry

Near Me Renders Easy Access to Top Plumbers in Milwaukee

Mukesh Sharma, CryptoMize with their advent of Perception Perfection Services mark a new dawn in the Media Industry