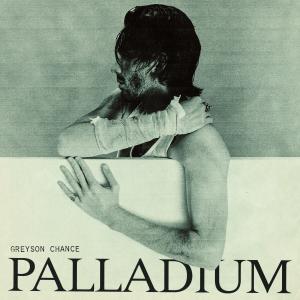 Greyson Chance pours his heart out in the candid video for “My Dying Spirit” (directed by Damien Blue), which comes from his new album ‘Palladium.’

LOS ANGELES, CA, USA, September 23, 2022 /EINPresswire.com/ — How good can Greyson Chance get? Every time it seems like he’s hit his peak, he finds another level. With each release, his songs become more powerful, more accomplished, more nuanced, and, somehow, more direct. Considering where he started — as a kid, already stunning the Internet with imaginative, technically proficient YouTube covers of contemporary pop hits — it’s amazing that he had much further to go. But climb he has, consistently and steadily. Is “My Dying Spirit” the pinnacle? Well, it would be if he stopped right now. But there’s no way he’s going to stop.

“My Dying Spirit” comes from Chance’s new album Palladium, which he told Rolling Stone is about “protecting your instinct, your heart, your soul, and making sure that that’s your priority.” Rolling Stone described Palladium as “a brutally personal listen” and praised the moments “when Chance’s rising vocals showcase that fight for freedom he’s sought for years.” “My Dying Spirit” is the kind of song that sounds like it’s been part of the cultural vernacular for decades, lighting up classic rock playlists and scoring the lives of the troubled and desperate. It’s a skyscraping mid-tempo rocker, powered by thick, raucous rhythm guitar and a slamming beat and elevated by Greyson Chance’s soaring vocal. It’s tough, it’s searing, it’s uncompromising, and it’s the fullest expression yet of the urgency that he brings to everything he does. It’s also remarkably candid and fearlessly confessional. This is Chance at his lowest, disoriented by the fame chase, on his own in Los Angeles and searching for human connections. He speaks frankly, apologizing to those who he’s neglecting, and, in an unforgettable lyric, he compares himself to a seedy hotel where nobody would ever want to stay.

He’s certainly not that. From the beginning of his career, people have been drawn to his charisma and moved by his songs. A recent Spotify Rooms session had the highest turnout to date. His earnestness and commitment speak for themselves, and as he’s matured, his voice has acquired dimensions that were only hints and whispers when he began. He’s grown into his promise, and that’s exciting to see. But like all artists of sensitivity, he’s prone to periods of self-doubt and confusion. Lucky for us, while he was in the midst of one of those, he had the presence of mind to stop, slow down, steady himself, and write a killer song about it.

The “My Dying Spirit” clip – which is already gaining incredible traction, with views nearly 7 times more than anticipated in its first day – finds the artist in a support group, pouring out his heart to his fellow sufferers. There’s a sense, though, that nobody in the discussion circle is quite ready for the intensity of Greyson Chance’s emotions. He pleads, he shots, he flirts, he fights: he does whatever he can to make an impression on his listeners. That’s exactly how Chance approaches his audience — with absolute clarity and a commendable willingness to put everything on the line.