Himani Bundela calls KBC host Amitabh Bachchan down to earth: ‘He offered me water and tissue’ 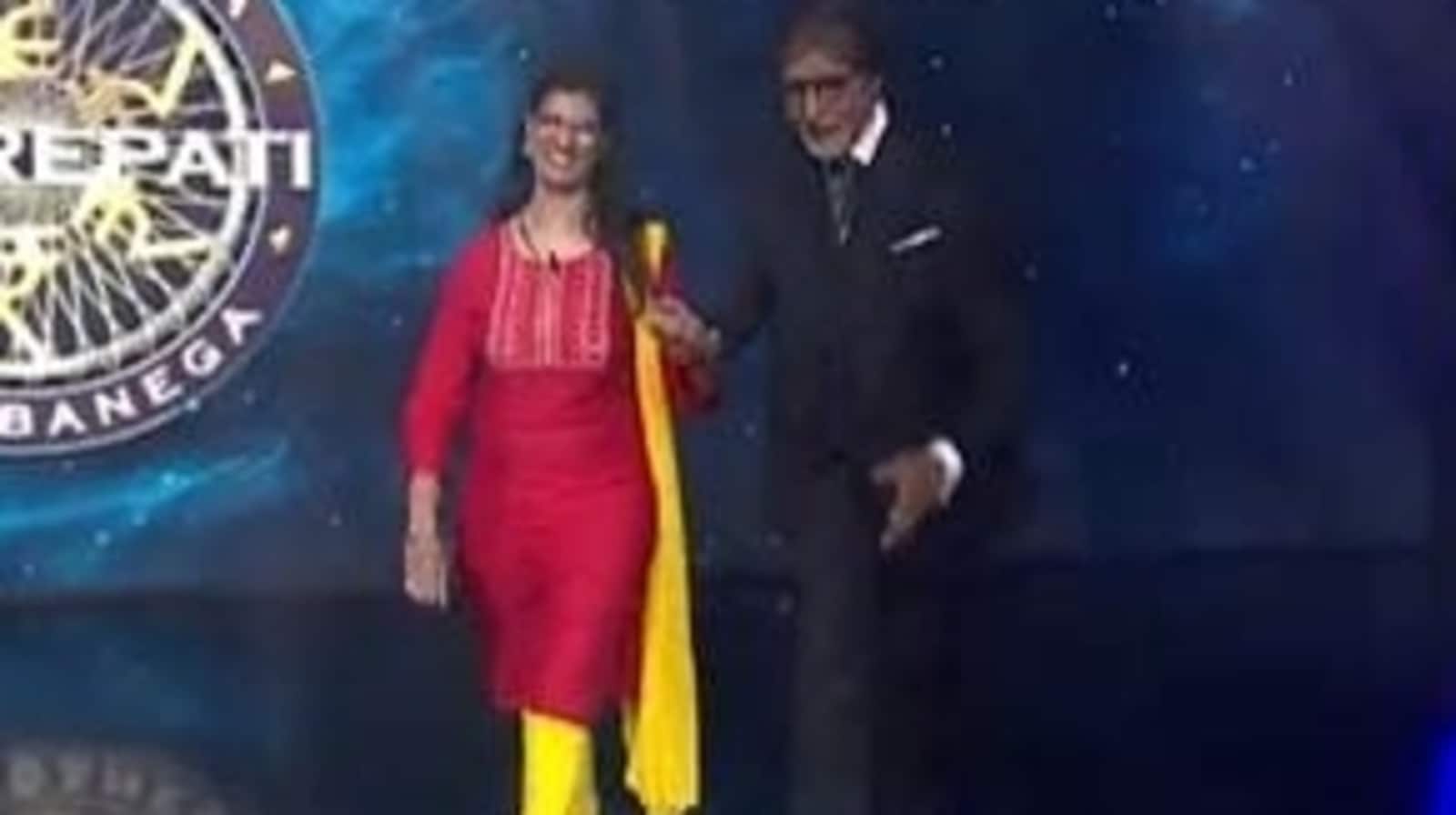 Actor Amitabh Bachchan made Himani Bundela, the first crorepati of Kaun Banega Crorepati (KBC) season 13, feel special on the game show and she will ‘remember this for a lifetime’. Himani spoke on Amitabh being down to earth and recalled being offered water and tissue by the actor.

On Kaun Banega Crorepati 13, Himani Bundela won ₹1 crore after she answered a question on Noor Inayat Khan. A 25-year-old teacher from Agra, she was also given the chance to play the ₹7 crore jackpot question but decided to quit as she was unsure of the correct answer. Last month, Amitabh Bachchan returned with the 13th season of the quiz show on Sony Entertainment Television.

In an interview with a leading daily, Himani said, “Just hearing his voice, his presence boosted my confidence. We have always heard about him that he is humble and we have seen that on TV. But I got to experience that personally. We all know how down to earth he is and I experienced that when he offered me water and tissue. I will remember this for a lifetime how special he made me feel on the show. Not just me, even my mom and dad and my family felt respected when they came on the show. This will be the best moment of my life.”

Recalling when Amitabh introduced the show, she said, “Honestly, speaking before playing Fastest Finger First Triple test, when I heard Mr Bachchan’s voice, the KBC music and felt his entry when he said Namashkar, I actually forgot everything and why I was on the show. Like the audience I also started rooting for him. I completely enjoyed the moment because I had always felt this through TV but this time I was part of the moment. When my vision was good I had even watched it on television. It felt like a dream come true moment.”

He has also been working on the Vikas Bahl-directorial Goodbye and recently completed its first shoot schedule. Alongside him, the film features actors Neena Gupta, Rashmika Mandanna, Pavail Gulati, and Elli Avram. He also has Jhund, Brahmastra, and Mayday in the pipeline.