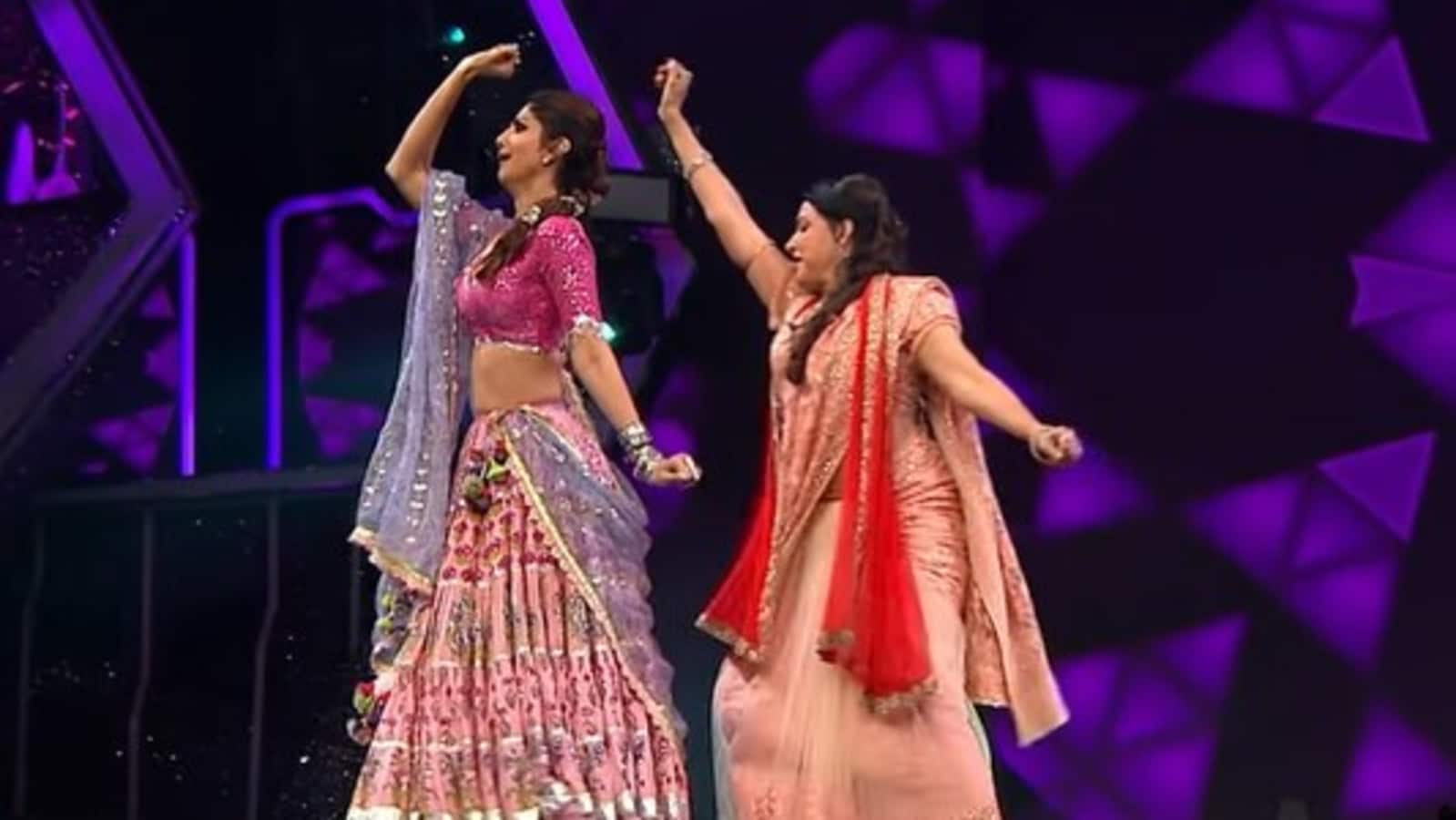 Hema Malini will be seen in an upcoming episode of Super Dancer 4. In teasers shared online, the actor performed to Jat Yamla Pagla Deewana, recreating Dharmendra’s hook step from the song.

Hema Malini recreated Dharmendra’s hook step from the song Jat Yamla Pagla Deewana, from the couple’s 1975 film Pratigya, during her appearance on Super Dancer 4. She will be seen as a special guest on an upcoming episode of the dance reality show.

In a video, shared by Sony Television online, Hema Malini and Shilpa Shetty step on the stage to dance to the song. While the duo improvised steps at first, Hema soon channelled Dharmendra and recreated the famous hook step. Shilpa mimicked her through the performance while her co-judge Geeta Kapur gave them a standing ovation and also hooted for them.

“Dharam ji bolenge mujhe Bharatanatyam sikhao (Dharam ji will ask me to teach him Bharatanatyam),” Hema said in the clip. The video ended with Shilpa falling on Hema’s feet.

The episode, dedicated to Hema, will feature the contestants performing to some of her hit songs. In the clips released so far, performances on O Sathi Chal and Dilbar Mere Kab Tak Mujhe have been teased.

Hema made her acting debut in the Tamil film industry before she moved to the Hindi industry. She made her Bollywood debut with Sapno Ka Saudagar in 1968 and went on to work in numerous hit films, including Satte Pe Satta, Sholay, The Burning Train, Seeta Aur Geeta and Kranti. Her film, Dream Girl, with Dharmendra led to fans giving her the nickname ‘Dream Girl.’

Although she limited her appearances in movies as she grew older, Hema still left a mark with her performances in Veer Zaara and Baghban. She was last seen in Shimla Mirch. She has been busy with her political career in the last few years.

Besides Hema, Super Dancer 4 will also feature an episode dedicated to Poonam Dhillon and Padmini Kolhapure.