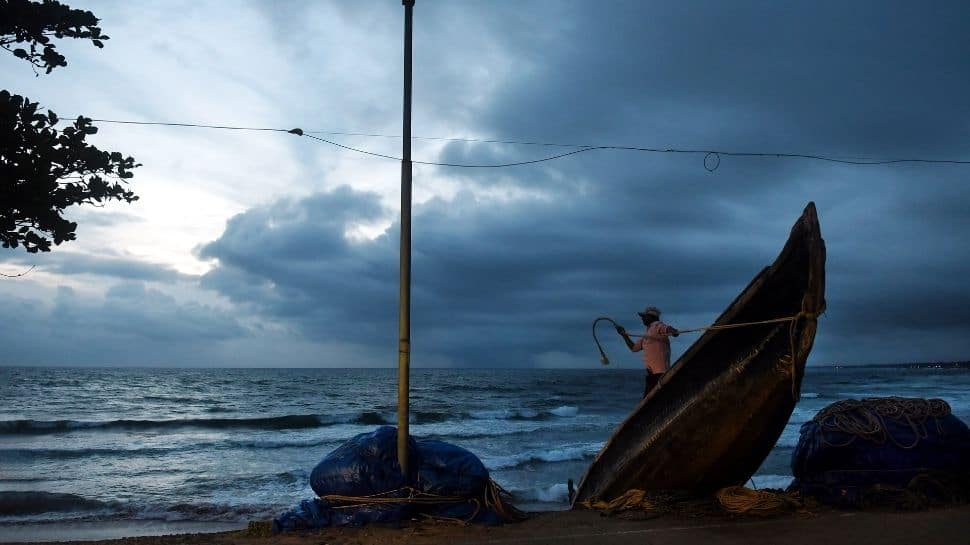 New Delhi: Heavy rainfall is expected in Kerala for Thursday (July 22) and Friday (July 23), prompting the India Meteorological Department (IMD) to issue an orange alert for the districts of Ernakulam, Idukki, Kozhikode and Wayanad.

For all other districts of the state, a yellow alert has been issued for Friday by the weather department. The IMD has also warned fishermen and asked them not to venture into the sea till July 26.

“Strong winds with speeds reaching 40-50 Kmph gusting to 60 kmph are very likely along and off Kerala coast. Fishermen are advised not to venture into these sea areas during the period mentioned,” the IMD was quoted as saying by PTI.

According to the weather department, red alert indicates heavy to extremely heavy rains of over 20 cm in 24 hours. Orange alert means very heavy rains from 6 cm to 20 cm, while a yellow alert means heavy rainfall between 6 to 11 cm.

Meanwhile, the IMD in its forecast on Thursday said an off-shore trough at mean sea level runs from south Gujarat coast to Kerala coast, which is likely to persist during next 2-3 days.

“Under its influence, fairly widespread to widespread rainfall with isolated heavy to very heavy falls very likely to continue over west coast during next 2-3 days with reduction thereafter” it added.

Heavy rainfall is likely to continue over west and central India over the coming three-four days, the IMD had said in its bulletin on Wednesday.

“Widespread rainfall with isolated heavy to very heavy rain is likely to continue over the west coast, the adjoining interior areas and the Gujarat region for the next four-five days,” the MeT said.

139 criminals killed in encounters in UP since 2017: Official