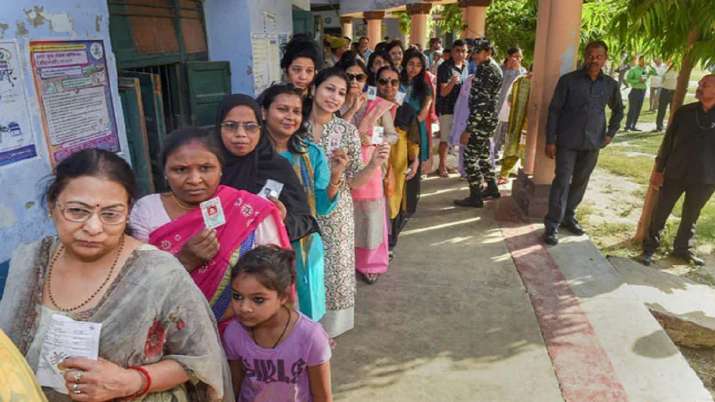 Haryana: Voting for 18 municipal councils and 28 municipalities began on Sunday in the state, with the counting of ballots scheduled for June 22, officials said. The main contest is the between the state’s ruling Bharatiya Janata Party (BJP)-Jannayak Janta Party (JJP) alliance and the Congress, while the Aam Adam Party, in its maiden contest in the civic body poll, is testing the waters ahead of the 2024 Assembly polls in Haryana.

Unlike the main opposition Congress, the BJP-JJP alliance and AAP are fighting the polls on the party symbol. Many Congress members have entered the fray as Independents.

In the 2019 polls, AAP contested 46 of the 90-member Assembly but faced a humiliating defeat with a vote share of just 0.48 per cent.

State Election Commissioner Dhanpat Singh told the media that for 456 wards of 18 municipal councils, 185 candidates are in the fray for the post of president.

However, 15 councillors have been elected unanimously out of 456 wards, while 1,797 candidates are contesting in the remaining 441 wards.

A total of 1,290 polling booths have been set up for the municipal elections, out of which 289 are sensitive and 235 are hyper-sensitive.

In 432 wards in 28 municipalities, 221 candidates are contesting as president, of which 128 are men and 93 women. Out of 432 councillors, 33 have been elected unanimously.

A total of 671 polling booths have been set up for the municipality elections, out of which 144 are sensitive and 92 are vulnerable.