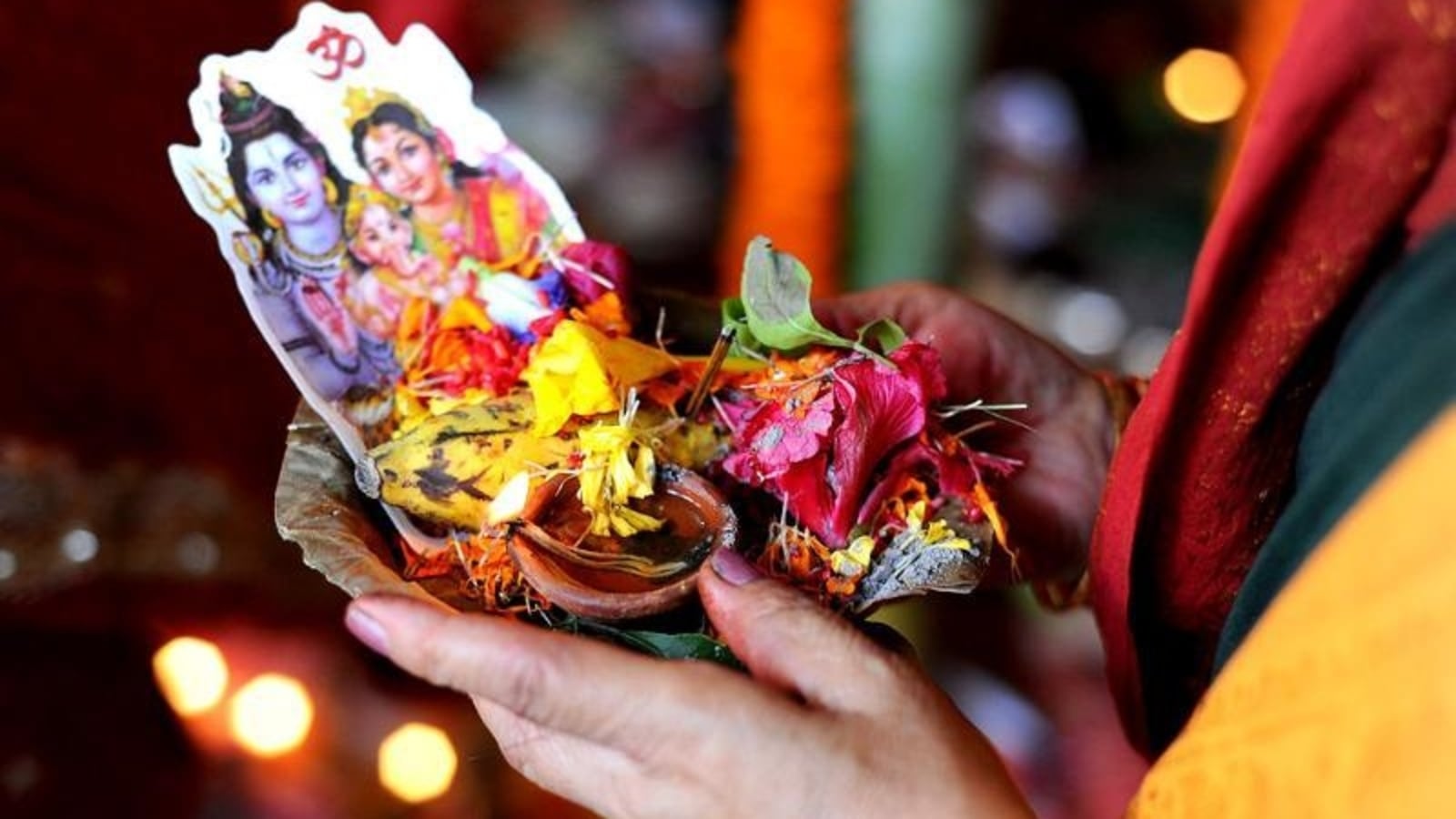 Hartalika Teej 2021: Hindus will be celebrating the auspicious festival of Hartalika Teej on Thursday, September 9, this year. The festival falls on the eve of Ganesh Chaturthi and is celebrated one month after Hariyali Teej. Hartalika Teej is marked on the Shukla Paksha Tritiya of the Bhadrapada month of the Hindu Calendar, which continues from August to September. It will be celebrated with full fervour in Bihar, Rajasthan, Uttarakhand, Chhattisgarh, Uttar Pradesh, Madhya Pradesh, and Jharkhand.

Women will observe a fast on September 9 to worship Lord Shiva and Goddess Parvati to get their blessings and celebrate Hartalika Teej. The tithi will begin at 2:33 am on September 9 and continue till 12:18 am on September 10. According to reports, there will be two auspicious Muhurats on September 9. The first will be between 6:03 am and 8:33 am, and the second will start from 6:33 pm and last till 8:51 pm.

Women celebrate Hartalika Teej to worship Goddess Parvati and Lord Shiva, the symbol of love, devotion and faithfulness, to wish for a happy married life and their partner’s health and prosperity. Married women wake up early in the morning, wear new clothes, perform the puja with all the rituals, and observe a nirjala (without water) fast on this day. Women also recite the story related to Hartalika Teej and end the fast by doing aarti and distributing prasad. Unmarried girls also observe a fast on Hartalika Teej to wish for an ideal and loving partner.