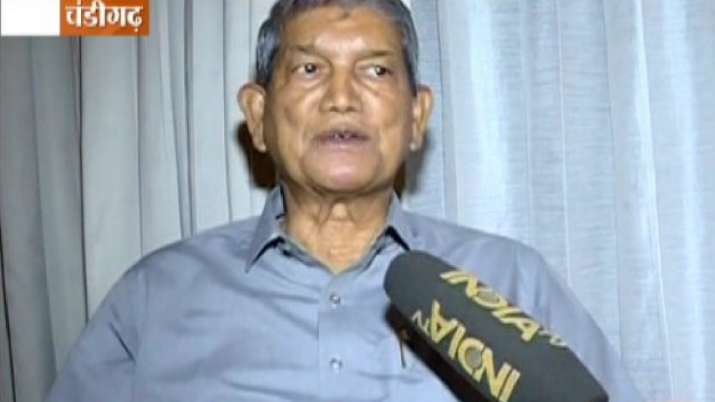 Senior Congress leader Harish Rawat who overlooked all the recent political developments in the Punjab Congress said that they have immnese hope from Charanjit Singh Channi who has been named Punjab-CM designate. Channi is set to take oath on Monday (today).

Speaking to India TV, Harish Rawat said it was a historic decision to appoint a dalit-sikh leader as Punjab’s first chief minister. Rawat said that Channi will be fortunate for the party leadership.

On reports that party’s Punjab unit chief Navjot Singh Sidhu didn’t want any other leader to be considered for the post of chief minister except him, Harish Rawat said it wouldn’t be a fair observation since such reports were unsustantiated.

Respoding to whether Amarinder Singh will be present in the oath taking ceremony, scheduled to take place on Monday at 11 AM, Rawat said he cannot predict it.

After the surprise announcement of the name of Charanjit Singh Channi, a Dalit leader, for the Chief Minister’s post in Punjab, the Congress looks at the larger aim of Uttrakhand and Uttar Pradesh which are also going to polls early next year.

Rahul Gandhi, after the announcement of the new Chief Minister’s name, congratulated Channi, saying: “Congratulations to Shri Charanjit Singh Channi Ji for the new responsibility. We must continue to fulfill the promises made to the people of Punjab. Their trust is of paramount importance.”

Channi, who was also a bitter critic of outgoing Chief Minister Amarinder Singh, has been appointed to tap not only around 32 per cent Dalit votes in the state but also in neighbouring Uttarakhand and UP which go to polls early next year along with Punjab.

ALSO READ | Charanjit Singh Channi set to become next Punjab Chief Minister – Who is he?