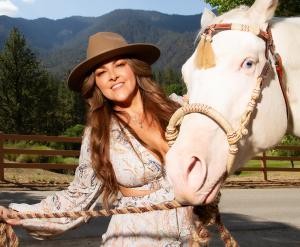 It’s unusual for a new artist like Dianña to have a song like Hands with such staying power on the Adult Contemporary charts which are typically dominated by established artists.”

LOS ANGELES, CALIFORNIA, USA, October 5, 2022 /EINPresswire.com/ — ‘Hands’ by Dianña has spent seven of its ten weeks on the Adult Contemporary charts inside the top 20, which is quite a feat for a newcomer. As is being the #1 independent artist on the Adult Contemporary charts for five of those weeks, including knocking none other than Rock n Roll Hall of Famer Joan Jett from the #1 position.

Dianña has also released an acoustic version of ‘Hands’ as an Official Music Video on YouTube. In addition to Adult Contemporary radio ‘Hands’ is also playing on dozens of Country radio stations. Dianña was inspired to write ‘Hands’ when she put her own hand on top of an older working man’s hand and was struck by the contrast. “I could just see the type of life he had led by looking at the scars and texture in his hands” Dianña said.

Dianña also hit the charts earlier in 2022 with a novelty song, “Calm Down Karen,” which was played more than 50 million times on TikTok and led to a remix that peaked at #48 on the BDS/Billboard Top 40 Pop Indicator chart.

Dianña (dee-ON-ya) found her true calling as a country singer/songwriter after having written, recorded, and performed with many well-known R&B, rap, rock, pop, gospel, alternative, and country artists from Snoop Dogg to Amy Grant. Her debut country single, “Andale Yeehaw,” was released in late 2018.

Climbing The Ladder To Success No Matter What The Cost

LBANK acquires a building in Crypto Valley, MTVT getting listed on LBANK

Climbing The Ladder To Success No Matter What The Cost

LBANK acquires a building in Crypto Valley, MTVT getting listed on LBANK