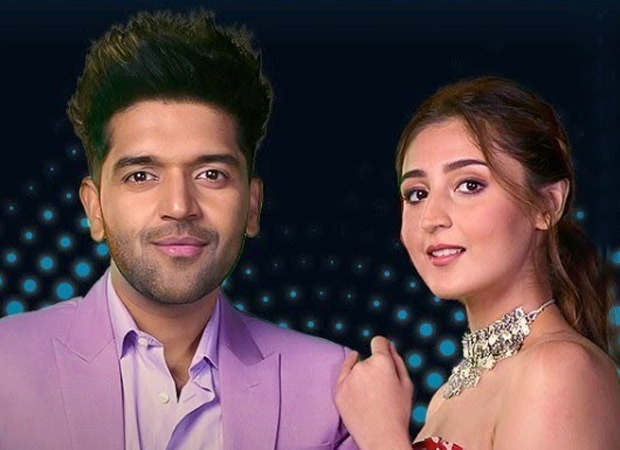 Pop Sensations, Guru Randhawa, and Dhvani Bhanushali, known for delivering record-breaking singles get slow and romantic for the 3rd season of Bhushan Kumar’s T-Series’ Mixtape Rewind, presented by Amazon Prime Music. The versatile singers take on the classic love songs ‘Tumse Milna’ and ‘Is Kadar’, blended by Abhijit Vaghani as they put their spin on these timeless songs from the ’90s and the early 2000’s.

Being a romantic mash-up, both the songs are seamlessly merged into another as Guru and Dhvani are further joined by a talented bunch of musicians performing an eclectic mix of instruments like Sitar, Guitars, Pianica, Keyboard, Drums, etc. The Mixtape Rewind version of ‘Tumse Milna and Is Qadar Pyar Hai’ is a contemporary blend, retaining the melodies of their original composition. Not just musically but also visually appealing as director Ahmed Khan rightly showcases the vocals and instruments in a mesmerizing setting! Lighting up the mood with this soul-stirring performance, Guru and Dhvani are indeed a treat to watch together on stage as they effortlessly complement each other.

The new season will be available exclusively first on Amazon Prime Music for Prime members to enjoy an ad-free and hands-free voice-enabled experience with Alexa.

Speaking about blending ‘Tumse Milna’ and ‘Is Kadar’, music composer Abhijit Vaghani says, “Both ‘Tumse Milna’ and ‘Is Kadar’ blended well together in terms of scale, composition, and lyrics. Blending these two songs was simple yet seamless. I have used a sitar that gives the entire song a traditional touch to the western arrangement. Both Guru and Dhvani have never sung a retro song before and I wanted to try this combination with them. They have done a great job in this mixtape and the video has turned out good with their cute sweet moments while performing.”

Talking about his performance and association with Mixtape Rewind, Guru Randhawa shares, “It is always fun to work for Mixtape. It is a ball on the sets, jamming with so many musicians and revisiting those beautiful songs in a new format. It was fun working on this episode for Mixtape and I’m quite impressed with how the entire mix and shoot has turned out. Abhijit and we have tried something different than our usual style and I hope the audience enjoys it too. It was amazing like always working with Dhvani, we have tried something different with ‘Tumse Milna’ and ‘Is Qadar’. I totally enjoyed myself while recording and shooting with Dhvani yet again.”

Dhvani Bhanushali further comments, “Abhijit is insane with his sound and I am very happy to be a part of a Mixtape that has these wonderful melodies he’s put together with this crazy arrangement. It’s always an amazing experience to work with him. As always, I thoroughly enjoyed working with Guru. He is an amazing artist and warm as a person. I have a lot of fun working with him always. I was really happy to know I was going to sing this one with him and the mixtape has indeed turned out beautiful. Both the songs are a sweet blend and they are about love and I love singing about love in general. I feel really good being a part of this and I am looking forward to the response.”