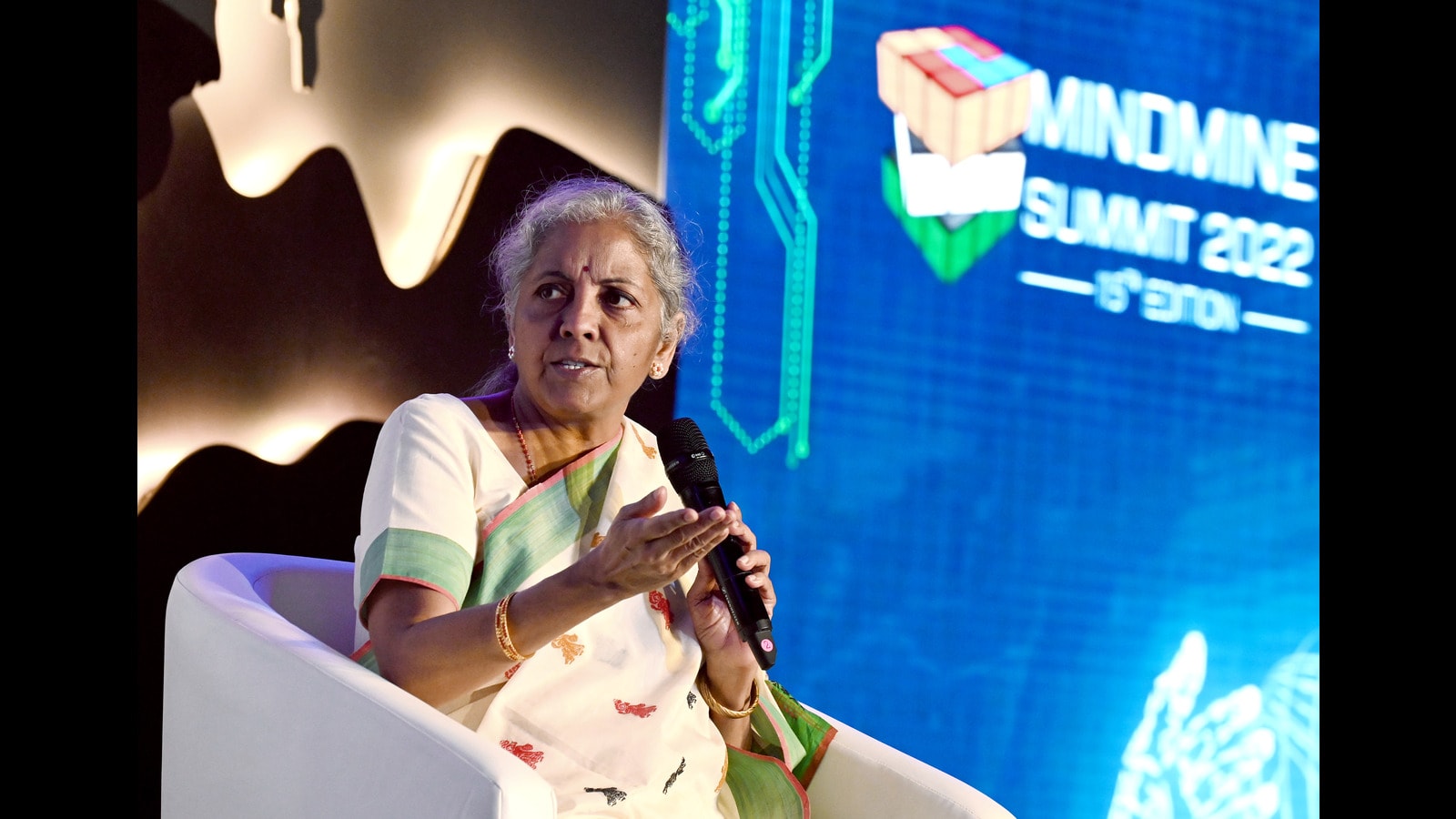 Union finance minister Nirmala Sitharaman on Wednesday spoke about Prime Minister Narendra Modi’s “special mention” of robust Goods and Services Tax (GST) revenues as a sign of a sound economy, while the revenue department set a new target of ₹1.50 lakh crore monthly collections from November this year after having achieved the ₹1.40 lakh crore benchmark for six consecutive months.

Addressing a gathering of customs and GST officials, Sitharaman said their good work was being “noticed” at the highest level of the government. For the first time, GST revenue crossed the ₹1.40 lakh crore mark in January this year, but fell below that level next month ( ₹1,33,026 crore) to rise again above the benchmark in March and continued the momentum till August with an all-time high of ₹1,67,540 crore in April and the second highest in July at ₹1,48,995 crore.

“You are performing. You keep doing the good work. You are noticed for that. I’m very happy that the honourable Prime Minister — and this is not sharing a secret, it was a council of ministers’ meeting where officials were present, revenue secretary was there finance secretary was there, almost all secretaries to the Government of India were there — the Prime Minister made a special mention of how the economy is sound, how it’s growing well, and month after month we are getting GST revenues which are absolutely stunning numbers,” she said while inaugurating the Kendriya GST Parisar, a residential complex for Mumbai Zone officials at Kharghar in Navi Mumbai.

The FM’s comments came after Union revenue secretary Tarun Bajaj set the target of ₹1.50 lakh crore upon “himself” and Central Board of Indirect Taxes & Customs or CBIC officials.

“Prime Minister made it a point to say this. So, you don’t require any nudge. You’re actually performing and I’m sure you will be self-motivated to perform. And it is our duty, therefore, to take care of you,” she said.

Earlier, addressing CBIC officials at the same forum, Bajaj said: “…for the last couple of months we have been trying very hard to clinch, or to reach that milestone of ₹1.5 lakh crore but we have been failing a bit, sometime by 2,000, sometime by 6,000 crore… On behalf of Mr Johri [CBIC chairman Vivek Johri], CBIC will promise us that — okay, we’ll give them some time, we are already in the middle of September — say the revenues that we will collect in October and the result of which will come on the 1st of November, I’m sure from that month onwards, CBIC on a regular basis shall deliver ₹1.5 lakh [crore] revenue for the Government of India. And, I can see very smiling faces, and nodding faces in the audience. So, I presume that is a yes from all of you.” Bajaj is the top bureaucrat responsible for revenues of the Union government.

Speaking after Bajaj, the finance minister appreciated the CBIC’s welfare measures in terms of providing accommodation to officials in Mumbai, and said: “Revenue secretary also referred to, all right, now I’ve given you the house, get the revenue now. Get it at 1.5 [lakh crore]. I’m not going to do that today. Today, I think you’ve been given the comfort. That you will be taken care of, your requirement for your family will be taken care of.”

Sitharaman stressed the need to train officials in new technology, such as better utilisation of artificial intelligence and data analytics for better tax administration and stopping leakages without overreach.