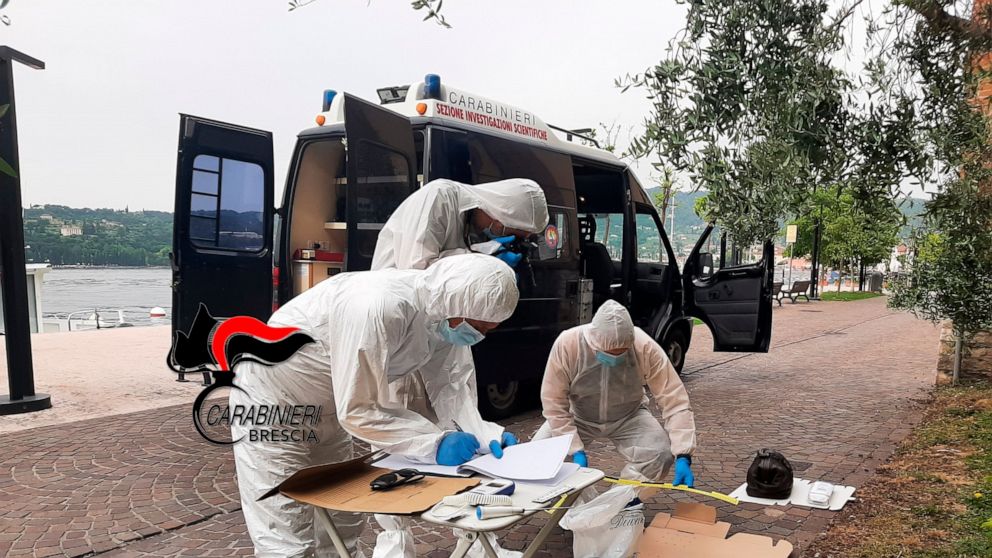 ROME — Two German tourists from Munich are being investigated in Italy for a boat collision on Lake Garda that killed an Italian man and woman, Italian Carabinieri paramilitary police said.

Italian state RaiNews24 TV said investigators were awaiting results on Monday of blood analyses to determine if the tourists had been drinking before the crash. The Carabinieri said both Germans are free on their own recognizance while under investigation for alleged manslaughter and failure to provide assistance.

The woman’s body was recovered from the lake Sunday evening by Italian firefighter rescue divers and the man’s body was found in their small boat earlier in the day.

The Carabinieri office conducting the investigation declined to give further details because the probe is still ongoing.

The Corriere della Sera newspaper said the victims’ boat was badly gashed near the bow and that the man, 37, had suffered a grave abdominal wound. One of the 25-year-old woman’s legs was partially torn off, it said. A search had been launched for the woman after women’s clothing was found on the boat near the man’s body.

Police located the tourists after people noticed their docked motorboat was damaged, the Italian daily said.

The Italians reportedly had met with friends on shore Saturday evening, then headed out on the man’s boat and were about mid-lake when the vessel was struck by the motorboat. Corriere della Sera said investigators found pieces of wood from the Italian man’s boat imbedded in the tourists’ boat.

Lake Garda, which has many shoreline resorts in northern Italy, is very popular with European visitors.

CBSE class 10 result 2021: How to download 10th score from cbseresults.nic.in

LPG refill booking portability for consumers: Here’s how to choose your own LPG distributor via portal, mobile app

No words will ever do justice to monumental contribution of Yediyurappa: PM Modi