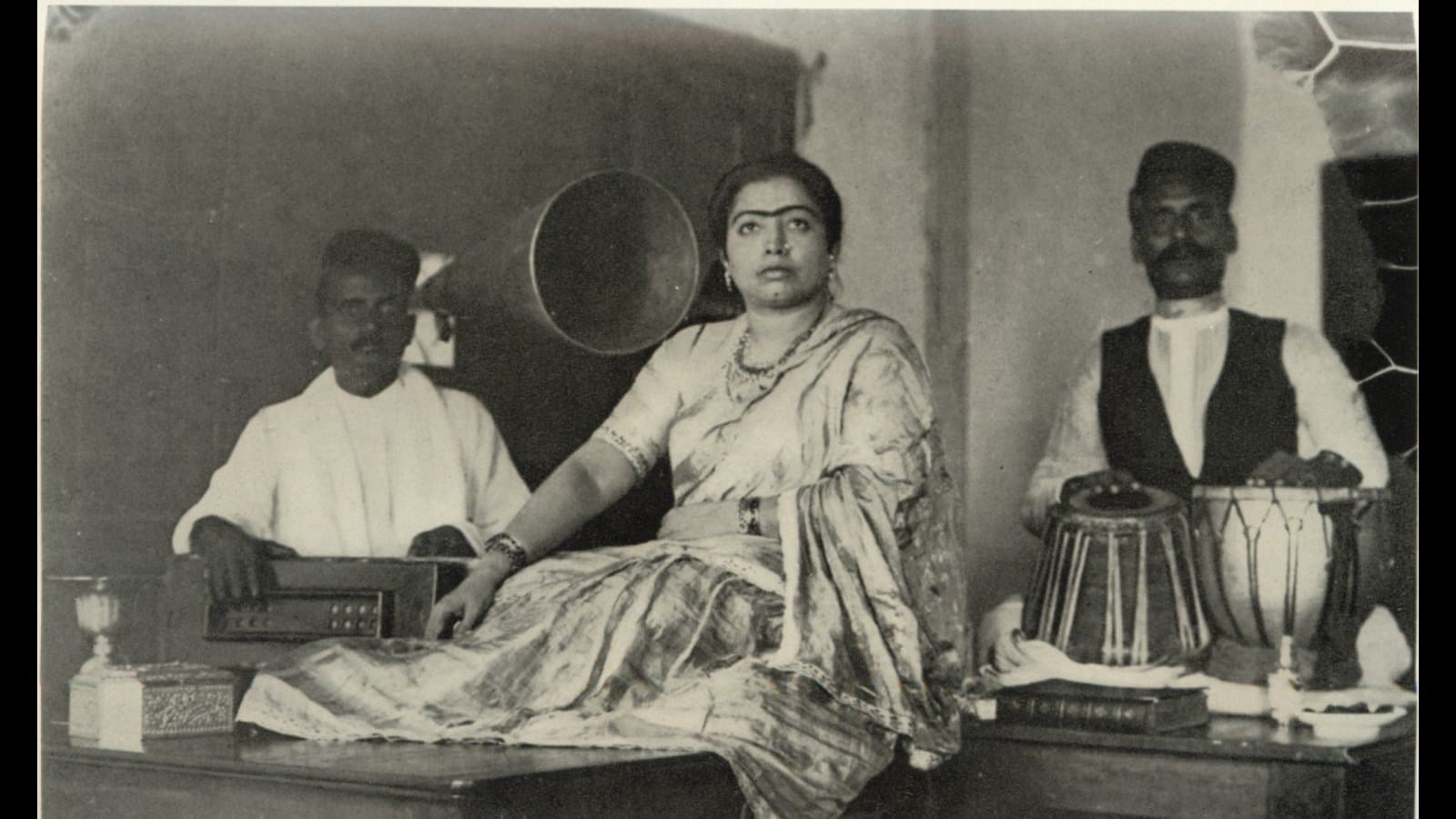 By the early 1900s, the gramophone was about 40 years old and had been embraced around the world. But what was India recording, playing and listening to over a century ago?

Tune in to the Archive of Indian Music on SoundCloud and you’ll find over 15,000 recordings from 1902 onwards. There are perhaps the earliest recordings of Jana Gana Mana and Vande Mataram, the former dating to 1911 and sung by Rabindranath Tagore’s Vishwa Bharati Chorus, the latter in the Nobel laureate’s own high-pitched voice. The first-ever recording of MS Subbulakshmi, made in 1926, when that to-be-legendary Carnatic vocalist was 10. There’s a rare talk on spirituality by Mahatma Gandhi, delivered during one of the Round Table Conferences held between the British government and Indian political leaders in London. And the first-ever recording of an Indian artist, Gauhar Jaan, made in 1902.

The laborious effort to digitise old and rare gramophone records was launched by writer and Sahitya Akademi awardee Vikram Sampath, in 2011. (Sampath is best known for his books, but is a trained Carnatic vocalist too. His latest works, Savarkar: Echoes from a Forgotten Past, 1883-1924, and Savarkar: A Contested Legacy, 1924-1966, are a two-part biography of Vinayak Damodar Savarkar, the revolutionary and Hindutva ideologue.)

Sampath’s free SoundCloud channel has over 4.5 lakh followers and spans genres from Hindustani and Carnatic classical music to folk songs, early cinema soundtracks, glimpses of voices from the theatre (including those of the legendary Bal Gandharva and Bidaram Krishnappa), speeches by great leaders, and voices of the common man and woman.

“The archive began very serendipitously,” says Sampath, 41. In 2008, when he was working on his biography of Gauhar Jaan, he wanted to listen to her voice. “To my dismay I found no 78 RPM shellacs available.”

Sampath got in touch with record collectors for help tracking some down, and came upon Suresh Chandvankar, the Society of Indian Record Collectors, and record collector Kushal Gopalka. They had many recordings between them, which they generously shared with him.

The book on Gauhar Jaan was released in 2010, and soon after, Sampath went to Berlin on a visiting fellowship at the Institute for Advanced Study, where he studied the early gramophone recordings of India, which were all pressed in Germany initially. He chanced upon recordings by Indian artists across Europe’s sound archives, in Berlin, Vienna, Paris and London.

“Though the recordings were done in India, the master shellac would be shipped to Germany, copies would be made in Hanover and then stamped and sent back to India for sale,” Sampath says. “So not only in Germany but in different parts of Europe, there are huge hoardings of Indian records, of music, but also of voices of political leaders, of Gandhi, of Lala Har Dayal, of Tagore.” There are other India links, such as recordings of the voices of Indian prisoners of war from World War 1, who were lodged in war camps across Germany. They were just asked to narrate something in their native languages, Bengali, Tamil, Sindhi, Pashto, and there would be copious documentation about the narration and the narrator.

Everywhere that Sampath went in search of Indian sounds, people would ask: Why doesn’t India have a national sound archive? “As a student of music and history, and as an Indian, it was very embarrassing to admit we didn’t,” Sampath says. It was at this point that the seed of the idea for his archive was sown.

By happy accident, on his return to India, Sampath met TV Mohandas Pai at a book launch. The chairman of Manipal Global Education and former director at Infosys would go on to fund the SoundCloud project. It was Pai who prodded Sampath to start his archive as a private not-for-profit trust, rather than wait for a government to pitch in. Sampath found a technician and got to work.

Once he started looking, it turned out to be far easier to source some of India’s earliest music than he had expected. Most of the gramophone records he has digitised are from flea markets and bazaars, mainly in Mumbai, Delhi, Chennai, Bengaluru and Kolkata.

“Donations” of records began pouring in too, from people who had no use for them anymore. The Archive later received the support of Sudha Murty and the Infosys Foundation, among others.

Serendipity continued to play a big role. The recording of Gandhi was found in a bylane of Chandni Chowk. “When they asked him to say something for a radio broadcast, he said he wouldn’t talk about anything political and instead chose to talk about God and what it meant to him.” When he found the record, Sampath adds, it was in a stack of old records that the stall owner had just been standing with one foot on.

Some discs are just ordinary folk with extraordinary talent captured for the gramophone. “When recording technology came to India it was embraced by women. Many of these women belonged to the tawaif and devadasi communities. The subsequent social campaigns against them ensured they were wiped from public consciousness. But plenty of their recordings of Hindustani and Carnatic music exist.”

Some recordings feature people about whom not much is known, except that they were popular in their time. One such is Acchan Bai of Bombay. “We don’t know who she really was or where she came from because her history, as also the history of numerous women performers like her, was wilfully wiped away. But there are lots of recordings of her. Through these recordings we can perhaps get a little window into her life and know what she sounded like.”

The primary objective of the Archive of Indian Music is to preserve these voices before they are lost for good. “We have curated online and offline audio exhibitions and collaborated with the Google Cultural Institute to make these recordings accessible to today’s generation. We want to keep it freely and electronically available so that people can easily access these gems from the confines of their homes,” Sampath says.