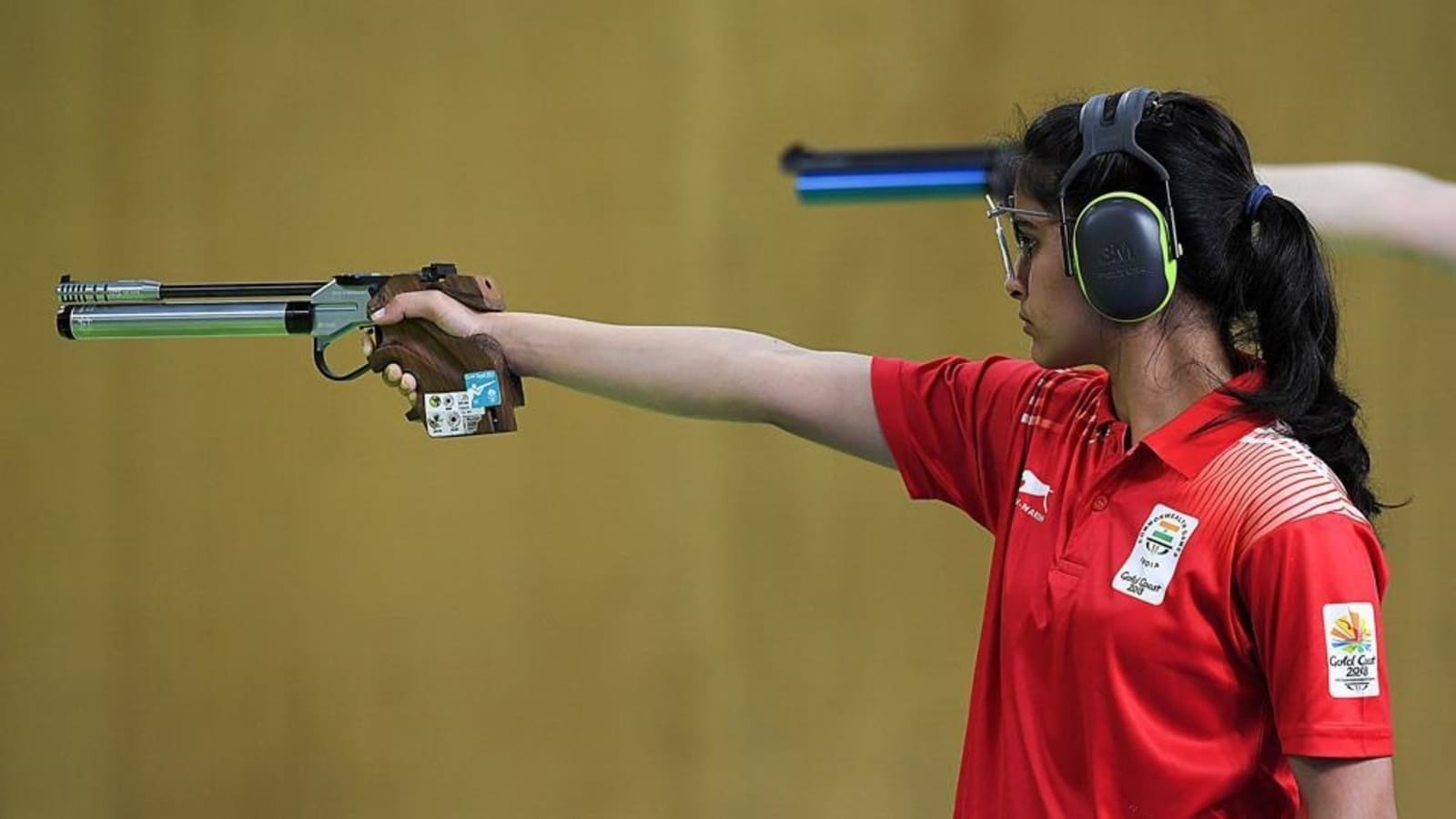 Manu Bhaker shone bright as India claimed four gold medals out of the six on offer, along with two silvers, to surge to the top of the medal standings at the ISSF Junior World Championship here here on Sunday.

The USA are lying second with four gold, four silver and two bronze.

Bhaker was at the heart of the Indian performance winning two more golds on the day. She now has a total of three golds from the Championship.

After partnering with Sarabjot Singh to win gold in the Pistol Mixed Team, she teamed up with Rhythm Sangwan and Shikha Narwal to win the 10m air pistol women’s team event, beating Belarus 16-12 in the gold medal match.

The men’s air pistol team then also struck gold with Naveen, Sarabjot Singh and Shiva Narwal putting it across the Belarussian men 16-14.

The women’s 10m air pistol team event saw India dominate as it had topped round one of qualification earlier with a combined 1722 after 180 shots and then round two on Saturday shooting 569 to Belarus’ 568.

In the final, although it was even at the start, the Indians finished strong to seal the victory.

In the men’s 10m air pistol team event, India were as dominating winning round one and round two before pulling off a tight gold medal match against Belarus yet again.

In the women’s 10m air rifle team event India’s Nisha Kanwar, Zeena Khitta and Atmika Gupta, did top the first qualification round but qualified for the gold match finishing second to the Hungarian trio of Eszter Mezaros, Eszter Denes and Lea Horvath, in round two.

The Hungarians maintained that superiority in the final to strike gold, their first of the competition.

It was also Atmika’s second silver of the day as she had teamed up with Rajpreet Singh in the day’s first medal event, the 10m air rifle mixed team, to finish second there as well.

Rajpreet, in fact, also now has one gold and one silver medal in his kitty