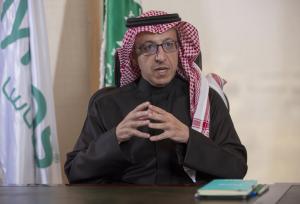 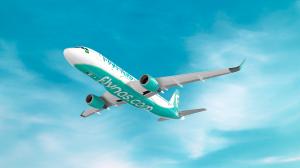 RIYADH, AL-RIYADH, SAUDI ARABIA, August 14, 2022 /EINPresswire.com/ — flynas, the Saudi air carrier and the leading low-cost airline in the Middle East recorded a remarkable and rapid growth in its operational performance during the first half of 2022.

Expanding the size of its fleet, flynas has increased the number of aircraft to 38 in June 2022, up 46% from 26 aircraft in January 2021. Meanwhile, the number of passengers on the company’s aircraft in the first half of 2022 reached about 4 M. with an increase of about 120% from about 1.8 M. in the same period last year.

In addition, flights operated by flynas have increased in the first six months of 2022, up 57%, as the company has managed to launch 16 international destinations from Riyadh, Jeddah, Dammam, and Al-Qasim, among its 70 international and domestic destinations.

“The growth rates of all flynas operations are a result of the strategic expansion plan that we launched at the beginning of 2022 under the slogan ‘We connect the world with the Kingdom’,” said Bander Almohanna, Chief Executive Officer and Managing Director of flynas.

“We launched 10 new international destinations during the year 2022, to enhance linking different cities of the world with the Kingdom, and the company’s Board of Directors also agreed to increase the number of our orders for new aircraft to 250 aircraft, strengthening our position as the largest low-cost airline in the Middle East and North Africa, and the largest owner of modern aircraft in the region,” he added.

“Our expansion efforts this year culminated in signing an agreement with the aircraft leasing company AviLease, owned by the Public Investment Fund, to purchase and leaseback 12 new Airbus “A320neo” aircraft to be delivered during 2022 and 2023, enhancing our ability to add new destinations and meet the aspirations of guests traveling on board our flights,” Almohanna concluded.

Meanwhile, flynas invited Saudi youth to apply for the “Future Pilots” program to graduate more 100 co-pilots after the company localized this job 100%. In the largest application of its kind in the Kingdom, about 1,000 young Saudi men and women applied for the program, which has graduated nearly 200 pilots so far and aspires to increase the number of graduates in the coming years.

flynas also successfully participated in re-launching the pilgrimage, and Umrah flights from different countries around the world to the Kingdom after the precautionary Covid-19 lockdown was lifted and receiving the pilgrims was allowed again.

Recently, flynas has achieved the highest rating in the non-profit organization APEX’ Official Airline Rating and ranked in the 4-star low-cost carrier category, the highest category of low-cost airline among 600 companies globally.