Filipino Basketball Tournament in Madrid Continues to Heat Up

Filipino players are intense in trying to score for their respective teams. 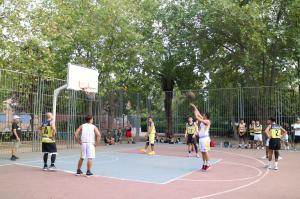 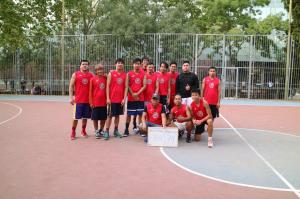 We’re just really happy to be able to provide this opportunity for the Filipino community here in Madrid. I think it’s a great way for everyone to bond and just have a good time”

MADRID, SPAIN, September 23, 2022 /EINPresswire.com/ — The 2022 Pinoy Basketball Tournament shows no sign of letting up as more teams have faced on the court since September 5.

After a successful opening ceremony and the first game won by the Undefeated on September 4, September 5 didn’t waste any time. The action was immediately on as soon as the whistle blew.

First up were Iluxion and Batangas Blades. Like in the first game, every set was a tough call. The score was close throughout the whole game with Iluxion leading by a slight margin. The fans were on the edge of their seats, waiting for every move.

In the end, however, the eager Iluxion bagged the win, with Melvin Bitamor becoming the Player of the Game.

Meanwhile, the second game led to a surprising result when Villaverde eventually won by default.

Champions Inched Closer to the Title

The succeeding games featured winners trying to retain their undefeated status, new teams hoping to take their place, and losing ones wanting a second chance.

On September 12, Team Villaverde faced off with Cobra Kai. The game was a tough one, with neither team backing down. In the end, Cobra Kai proved to have a stronger bite, coming out on top with a victory after scoring 79 points.

After the close match, Teams Belleza and Pintor Rosales battled it out for a chance at the top spot. The game was intense, with both teams trying to take an early lead, until Belleza squeaked by with 71 points.

Day 4 of the 2022 Pinoy Basketball Tournament was held on September 19, and on top of the agenda were games 6 and 7.

Game 6 was between Teams Undefeated, who won the first-ever match, and Pintor Rosales, who was looking for a second victory. The Undefeated eventually bowed out to Pintor Rosales after the latter scored 61 points.

Day 5 of the tournament was on September 20, with four teams vying for the top spot. Team Villaverde redeemed itself when it managed to get 84 points against Hoops Brothers. Team Cobra Kai, on the other hand, continued its winning streak by garnering 77 points against Batangas Blades.

Unity and Camaraderie All Throughout

Despite the intensity of the games, there was never a dull moment during the tournament. The spirit of camaraderie and sportsmanship was evident all throughout, with players from different teams supporting one another.

“I’m really happy with how the tournament is going. Everyone’s playing fair and it’s just a great atmosphere all around,” said Tesa Malalo-an Fabiosa, CEO and founder of ESTE Travel & Tours, which is the event’s major sponsor.

“We’re just really happy to be able to provide this opportunity for the Filipino community here in Madrid. I think it’s a great way for everyone to bond and just have a good time,” she added.

The tournament will continue on September 25 at 5 p.m. in Calle de Alicante 14 with two games lined up. Then a few more matches will be held on September 26 and October 2 and 3 at Calle de Palos de la Frontera 40. For updates, visit the travel agency’s official Facebook page.

About ESTE Travel & Tours: ESTE Travel & Tours is a Madrid-based travel agency owned and operated by Filipinos. It was established in 2021 to provide quality yet affordable travel services to the Filipino community in Spain and Europe. The company offers services such as tourist visa application assistance, flight booking, accommodation arrangement, and tour packages. ESTE Travel & Tours also customizes tours for individuals and groups.

Share
Facebook
Twitter
WhatsApp
Previous articleFor The 5th Time, flynas Wins SKYTRAX Award As The Best Low-Cost Airline in The Middle East
Next articleCompanies that deliver on what women want will win the war for talent
RELATED ARTICLES
EIN Presswire

Hurricane Pet Prep: Tips to Keep Pets Safe Before, During and After the Storm