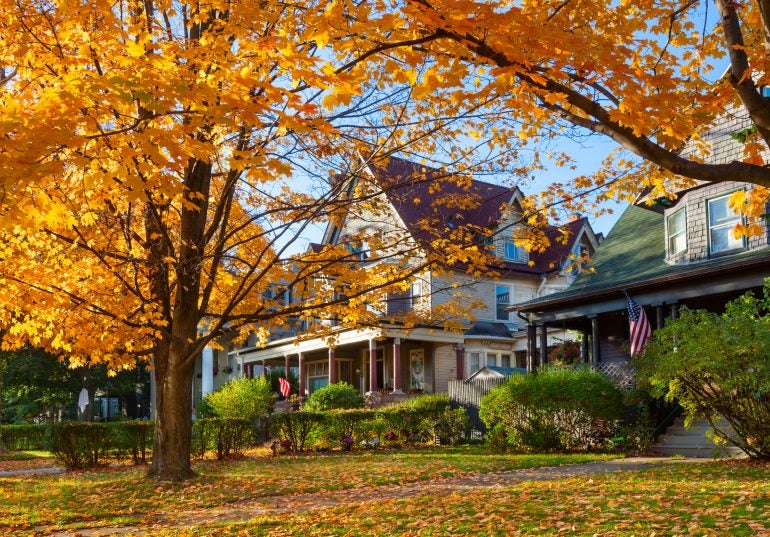 Mortgage rates are likely to go up because the Federal Reserve is getting ready to end a pandemic-era policy of keeping them artificially low. Here’s how the low-rate policy worked: The Fed bought billions of dollars each month of government and mortgage debt. With these purchases, the central bank ensured that there would be a colossal pool of money to lend. Consequently, mortgage rates fell. The 30-year fixed-rate mortgage dived below 3% and mostly remained there for months.

The Fed’s policy of asset purchases eventually has to end. After all, it would distort financial and housing markets for the government to artificially depress mortgage rates indefinitely. At the end of its Sept. 21-22 policy meeting, the central bank announced that “a moderation in the pace of asset purchases may soon be warranted.”

This announcement was akin to telling your teenager, “Now that you’re old enough to get a job, I might cut your allowance soon.” The kid is going to become choosier about spending. Likewise, shortly after the Fed’s announcement, investors became choosier about the mortgage-backed securities they buy: They demanded higher interest rates.

Translating the Fed’s words into English

Let’s unpack the previously quoted excerpt from the Fed’s Sept. 22 statement. The full sentence reads: “If progress continues broadly as expected, the Committee judges that a moderation in the pace of asset purchases may soon be warranted.”

When the Fed talks about “a moderation in the pace of asset purchases,” it means that when the central bank stops buying government and mortgage debt, it won’t do it cold turkey. It will reduce the purchases by several billion dollars one month, then several billion more the next month, and so on, until the purchases end.

Most people interpret “may soon be warranted” as meaning these reductions are likely to begin in early November, shortly after the Fed’s next regularly scheduled meeting.

Mortgage rates will probably keep rising as the reductions draw closer. Then, as the Fed reduces its subsidy of mortgage rates month by month into next spring, rates are likely to continue rising.

If the debt limit’s not raised in time, all bets are off

Rates could fall if a new, deadlier COVID variant rakes the globe, or if the United States or an ally gets involved in a military conflict, or if the financial markets are struck by some other shock.

If Congress doesn’t increase the debt limit by Oct. 18 and the country goes into default, the effect on mortgage rates is unpredictable. The United States has never defaulted on its debts.

If U.S. government IOUs lost value and became untradeable, the effect on financial markets could be catastrophic, but we don’t know exactly what that calamity would look like. In a government default, borrowers might find it hard or impossible to get mortgages, and rates might skyrocket temporarily.

It’s also possible that the executive branch would find a workaround that would spare the financial markets from turmoil.

What happened in September

At the beginning of September, I said mortgage rates had gone up in August and would continue to rise modestly in the first half of September, then level out. I wasn’t right, but I wasn’t wrong, either.

Instead of rising in the first half of September, mortgage rates dropped. But after the Fed meeting, they went up sharply, erased the decline from early in the month, and kept climbing.

On Sept. 1, the 30-year fixed averaged 2.886% APR in NerdWallet’s daily rate survey. On Sept. 30, it averaged 3.043%. So mortgage rates went up, as I predicted — although they didn’t arrive at that destination via the route I had envisioned.

How to rank higher in Google Search results for your business: A step-by-step guide