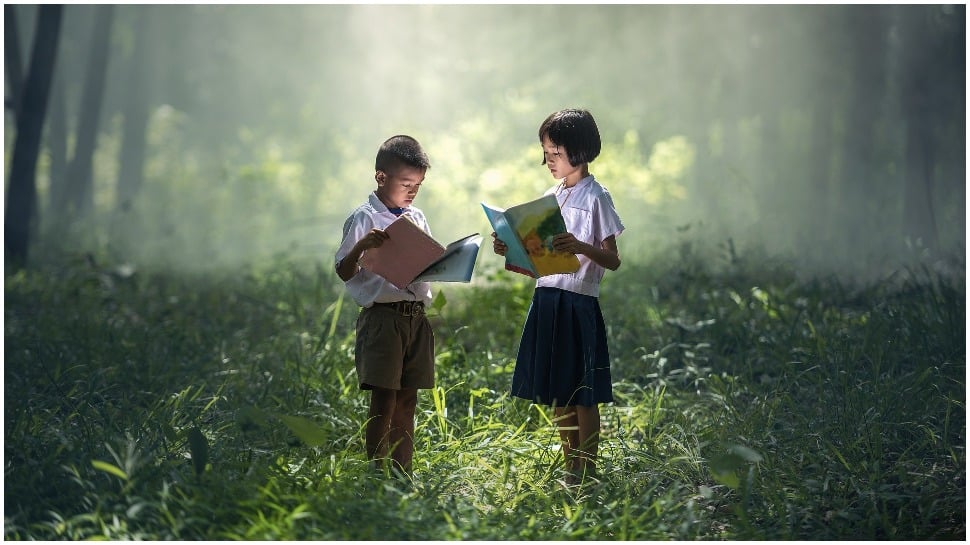 A new study has found that a child`s reading speed can be improved by increasing space between the letters in a text. The findings of the study were published in the journal ‘Research in Developmental Disabilities’.

The research, led by Dr Steven Stagg of Anglia Ruskin University (ARU), examined the benefits of letter spacing and coloured overlays amongst a group of dyslexic and non-dyslexic children. It is the first study to investigate how these adaptations can help to reduce specific reading errors.

The study involved 59 children aged between 11-15, 32 of whom had a statement of dyslexia, with 27 non-dyslexic children forming a control group. The participants were recruited from six UK schools in Cambridgeshire, Hertfordshire and London.

Participants read four texts with either standard or extra-large letter spacing, both with and without a coloured overlay. The children were instructed to read the text out loud while being recorded. The recording was used to measure the number of errors they made — specifically missed words, added words, wrong words, and pronunciation — as well as the participants’ reading time.

In addition to improved reading speed for both children with dyslexia and the non-dyslexic group, the larger letter spacing also resulted in a significant reduction in the number of words being missed by the children with dyslexia. However, the study found that coloured overlays had no significant impact on reading speed or the reduction of errors for either group of children.

Dr Stagg, a Senior Lecturer in Psychology at Anglia Ruskin University (ARU), said, “We found that extra-large letter spacing increases the reading speed of children both with and without dyslexia, and significantly reduces the number of words that dyslexic children skip when reading.”

“We believe that extra-large letter spacing works by reducing what is known as the ‘crowding effect’, which can hamper the recognition of letters and reduce reading speed,” Dr Stagg continued.

“When viewed in the context of previous research, our findings strongly suggest that teaching professionals can be confident that all children would be helped by increased letter spacing in reading materials. As well as being a relatively simple change to make when producing handouts and worksheets, it means that children with dyslexia need not feel singled out by the introduction of specially adapted reading materials, as this is something that everyone can benefit from,” Dr Stagg explained.

“While we found that colour overlays provided little benefit, we suggest that children should be encouraged to use overlays if they find these help their reading. Colour overlays may not increase reading speeds, but they may extend reading stamina,” Dr Stagg added.

“Previous research suggests their benefits may not become apparent if reading time is less than 10 minutes and the short reading duration of the tests in our study may have put colour overlays at a disadvantage,” Dr Stagg concluded.