Every girl should aspire for the top office: Nimaya founders Navya Naveli Nanda and Samyak Chakrabarty 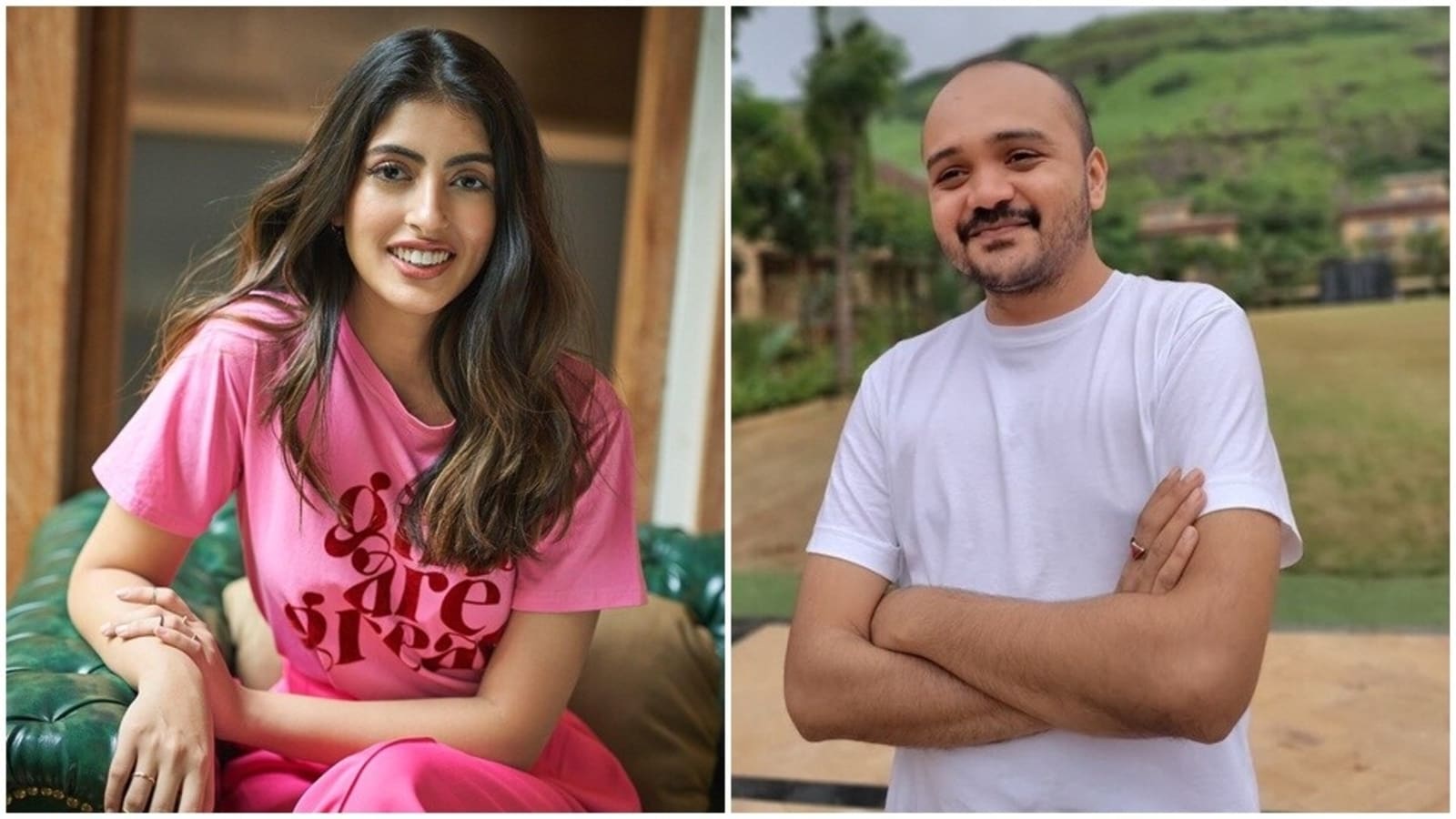 It would be wrong to say there has been no progress on women empowerment in the country but there is a lot more to catch up given that regressive and patriarchal mindsets continue to stop girls especially from small towns to break the glass ceiling. Big B’s granddaughter Navya Naveli Nanda and Ed tech entrepreneur Samyak Chakrabarty have come together to help young girls push the barriers and don the role of decision-makers in corner offices of the corporate world.

The two believe that the country can prosper and economy can gallop once women who account for 49% of the nation’s population join the workforce with 21st century skill sets. In association with United Nations, the young entrepreneurs are working to give wings to the youth especially girls from economically disadvantaged communities through their project Nimaya. They firmly believe that women score very high on emotional intelligence and hence hold the key attribute to lead organisations.

The entrepreneur duo Navya Naveli Nanda and Samyak Chakrabarty share their action plan with HT Digital in an email interview.

Tell us more about your initiative Nimaya and how did the idea come about?

Nimaya means opportunity in Sanskrit. Employers now prefer hiring candidates who are proficient in higher order 21st century workplace skills such as critical thinking, problem solving, collaboration and storytelling. In fact, the World Economic Forum lists them amongst the top 10 must haves for jobs of the future and recognizing their importance the government of India in its new National Education Policy has laid special emphasis on them. But the hard truth is, access to such high quality exposure is limited largely to students from elite tier institutions even though they aren’t the majority of the job seeking pool even in the organized sector.

Therefore the underlying principle behind Nimaya is to democratize access to 21st century skills. Region, type of college, gender and family background should not be a barrier in having access to meaningful opportunities and in learning the skills required to qualify for them. We have specifically chosen to focus on women as we believe proficiency in these skills can enable them to achieve leadership positions in the corporate world. 49% of India’s population are women; imagine the compounded economic growth, if they were also enabled to be active growth drivers and contributors.

What is the biggest shift needed for women in order to make them well-equipped in 21st century job skills?

We think it’s about having a vision, ambition and faith in one’s self. Often we find that there are many girls who, due to society pressure or constant reinforcement due to a largely patriarchal system, end up giving into stereotypes. Every girl – no matter from what income background, caste or religion – should aspire for the top office in whatever field she chooses for herself. The good news is, emerging startup founders including males who are young & progressive, are making concrete efforts in enabling such dreams and breaking stereotypes. But the fact remains, the majority of employers are SMEs and conventional businesses, where the mindset change really has to happen.

What according to you are the skills that women have innately and which organizations can benefit from?

The No 1 skill for example that all employers seek now is emotional intelligence. It is essential for domains like customer service, HR, Business development and project management. In-fact if you see, this is a much sought after skill in leadership roles in addition to critical thinking and creative problem solving. These come naturally to women. They are wired to be compassionate, practical – and you see that in their roles as home makers and mothers. Now just imagine if the same innate skills were contextualized for workplace applications – sky’s the limit for how much women can grow then!

While there is a lot of talk around women empowerment for the last few decades, do you think there has been a satisfactory outcome?

It would be wrong to say there has been no progress at all. The fact that there are national level conversations – in policy or media or that large corporations are taking conscious efforts to make the workplace more inclusive – are commendable steps. But, there is also the other side, a regressive and patriarchal mindset is still prevalent and a lot of work still has to be done in that space. The only way we believe that can happen is more women become role models, enter spheres of decision making so that change can happen top down and at scale. For example, here’s our vision – if each of Nimaya’s learners grow on to lead companies – they will make their workplace more inclusive and ensure that their daughters and that of their colleagues – are never differentiated in opportunity or personal agency.

The new education policy is aimed at making education holistic, multi-disciplinary, and practical. Do you think digital learning can achieve this?

Yes digital platforms surely democratize access to information and learning. It is only a matter of time we believe that everyone will have a smartphone device in their hands. Also the pandemic has proven the role of digital learning, for over a year children and youngsters have been studying from their homes. We have created the modules in a way that not only imparts the knowledge but at the same time gives practical situations to assess the reaction of the participant, this is how we capture their understanding and ability to implement what they have learnt.

Talking about the gender inequality at workplaces, why, in your view, are there fewer women than men at positions of power?

There is unfortunately no simple answer to this. But based on conversations and observations we see there are two contributing factors that need to immediately change. First and most important, recruiters, especially males, need to let go of their belief systems or biases about what women cannot or should not do. On the other – parents, husbands and parents- in laws need to become more enabling so that home duties or familial duties are shared and do not become a barrier in women being able to contribute equally as their male counterparts in terms of time and focus.

What is the one factor that holds the majority of women back in making big strides in their career?

The external factor is often a discouraging home or peer environment especially in orthodox families – which still form the majority of our population. The internal factor however is more important, the self imposed thought of limitations and fear of navigating a male dominated business environment.

How can one help women in their house to handle a high-pressure job?

Conceptually, it’s very simple, the husband needs to say “don’t worry about cooking, I’ll take care of it tonight” or the mother-in-law has to say “I’ll go pick up the kids from school and help them with their studies – you go work!”. But more systemically, the very idea of what a role of man and woman should be needs to change in order for gender not being a factor in being able to achieve success. Yes this sounds very ideal, but the hard truth is, there is no other way. Remote work however is definitely a boon, but that is about entering the workforce or being able to work – however to lead, to grow and to be a role model – women will need to have to be out there even if it means sometimes sacrificing their familial responsibilities if no one is able to share. Only hard steps and tough calls will bring about that mindset and systemic change we all wish to see when it comes to gender parity.