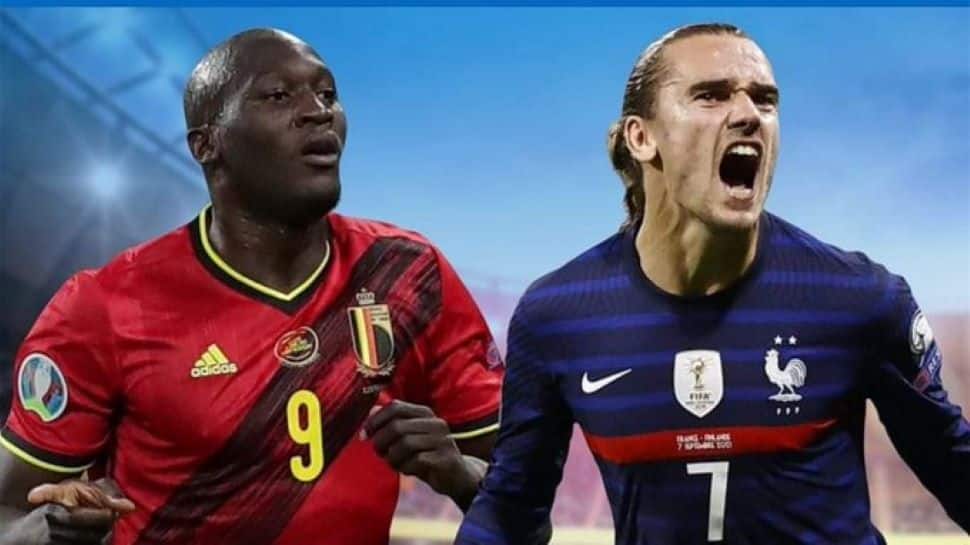 Two of the European Championship’s biggest disappointments face each other in the Nations League semifinal in Turin. Mbappe was made somewhat of a scapegoat for France’s failure at Euro 2020 after missing the decisive penalty in the shootout in France’s loss to Switzerland in the round of 16.

The 22-year-old forward was criticized by the fans and even his teammates, with Olivier Giroud saying that certain individuals were not passing to him going into France’s opener against Germany. In a far-reaching interview this week, Mbappe said he was made to feel like a problem for the French national team and that he would have liked more support from his teammates.
However, France coach Didier Deschamps didn’t want to address Mbappe’s concerns with the media.

“Listen, I don’t know what he said, I don’t read those things, it doesn’t interest me. The most important thing is that I saw him, we talked about this and that, like we did long before you heard the interview. What’s most important for me is the discussions I have internally and directly with the player. Kylian is happy to be here and, like all his teammates, he’s waiting for tomorrow. What’s happened, happened. We can’t go back, neither him, nor me, nor anyone. So what’s important is today and tomorrow.”Deschamps said.

World champion France was one of the favourites to win Euro 2020 and their loss to Switzerland came as a big shock because Les Bleus(France) were leading 3-1 with 15 minutes remaining.
Despite having a squad packed with talent, France failed to set the tournament alight and only won one match, its opener against Germany. Deschamps was asked if winning the Nations League had become more important following France’s failure in the summer.” Honestly, no,” he said. “We can’t change what happened.”

Top-ranked Belgium is also looking to atone for a disappointing Euro 2020 campaign, Italy defeated Belgium 2-1 in the quarterfinals on the way to becoming the European champion.
Belgium will also have revenge on its mind as the last time they met France was in the semifinals of the 2018 World Cup when Roberto Martinez’s side lost 1-0.”There was a big frustration,” Belgium midfielder Youri Tielemans said when asked about how the team was in the dressing room immediately after that match. “I don’t want to recall it too much because when you play a big tournament like that and you come so close to the final. You can almost touch it. … It was tough.”

While Belgium’s Thorgan Hazard, brother of Real Madrid star Eden Hazard was ruled out of the game on Wednesday, there could still be a pair of siblings on the field. Lucas Hernandez (Bayern Munich) and Theo Hernandez (AC Milan) could line up together for France in defence and midfield.”It hasn’t happened (with France) for a long time, I think the last time was the Revelli brothers (Herve and Patrick) in the early 1970s. I won’t look at them as two brothers but as two players.”

The winner will face Spain in Sunday’s final in Milan. Spain beat European champion Italy 2-1 in their semifinal.