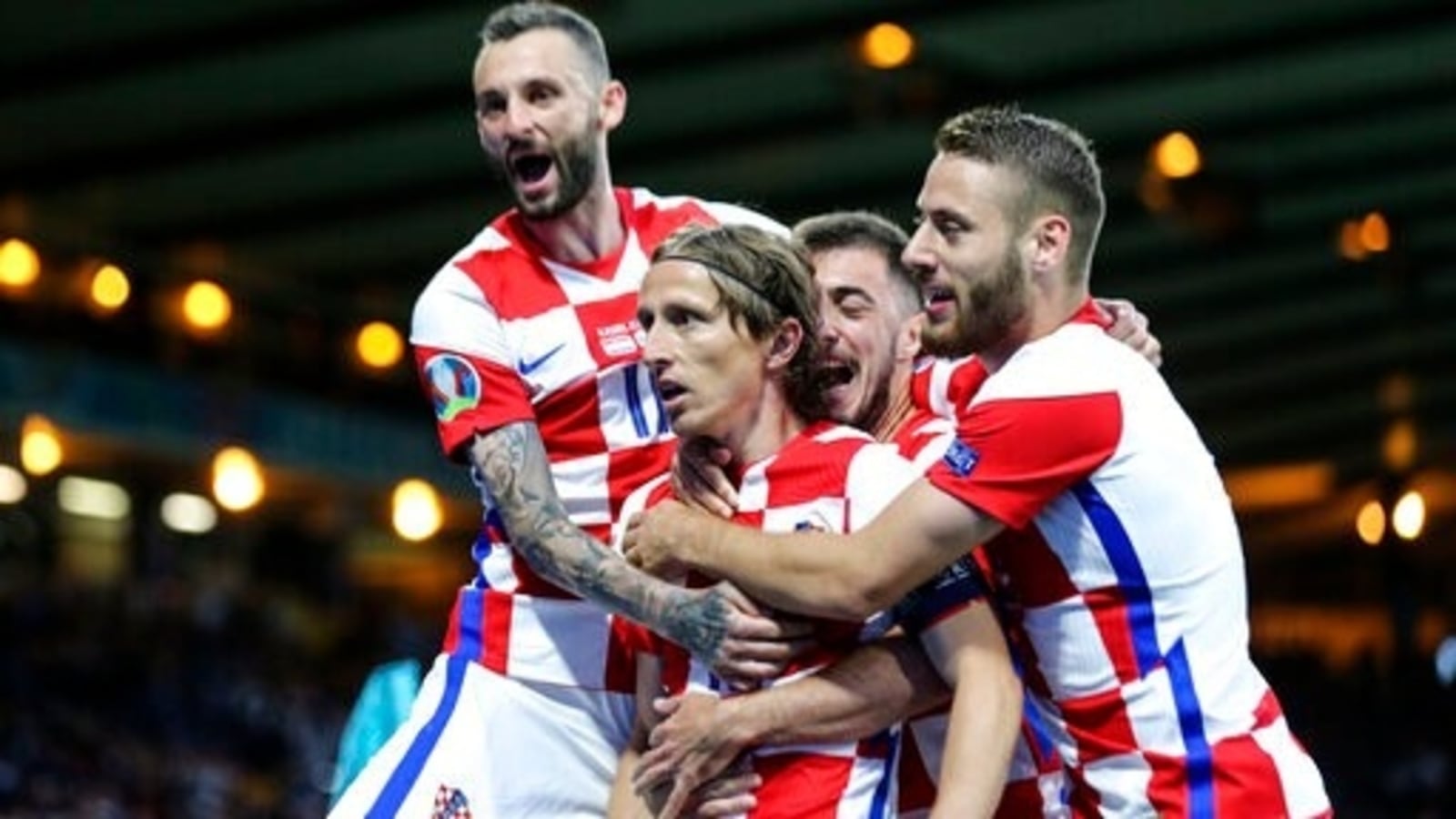 Croatia captain Luka Modrić lurked on the edge of the area, waiting for the ball to come to him before stroking it into the top corner with the outside of his boot.

At 35, this may well be Modrić’s last European Championship, and he doesn’t want to go home just yet.

Modrić had a quiet first two group matches, with the midfielder forced into deeper positions and Croatia facing criticism for lacking spark in attack. But the playmaker showed his class and why he won the Ballon d’Or in 2018 — the same year he helped his team reach the World Cup final.

He fell to his knees at the whistle for about a minute before rising to his feet and pumping his fists in celebration.

Croatia’s two other goals came from winger Nikola Vlašić’s low shot from close range in the 17th minute and Ivan Perišić’s flicked header in the 77th.

Vlašić’s took two touches for his goal and fired a low shot past Scotland goalkeeper David Marshall. It was Croatia’s first real attack of the match after Scotland dominated the opening stages.

It was poor defending by wingback Stephen O’Donnell, who let Perišić jump above him unchallenged. Scotland sat back on occasions after the goal, inviting Croatia to push forward in dangerous positions.

Callum McGregor equalized for Scotland just before halftime, drilling the ball from just outside the penalty area into the left corner. Scotland’s first goal of the tournament electrified the atmosphere at Hampden Park, with the Tartan Army jumping and hugging in the stands.

Scotland had pressed down the flanks with two crosses into the box, and Croatia only half-cleared the ball before it fell to McGregor.

But it wasn’t enough for Scotland, which exit the tournament in last place in the group with only one point.

PV Sindhu vs He Bingjiao Live Streaming: When and where to watch Tokyo Olympics 2020 badminton Bronze medal match live?

After Navalny, challenging Russia’s Putin is getting even harder