Eternals: Kumail Nanjiani reveals Angelina Jolie ‘would not go back to her trailer’ during Marvel film shoot | Hollywood 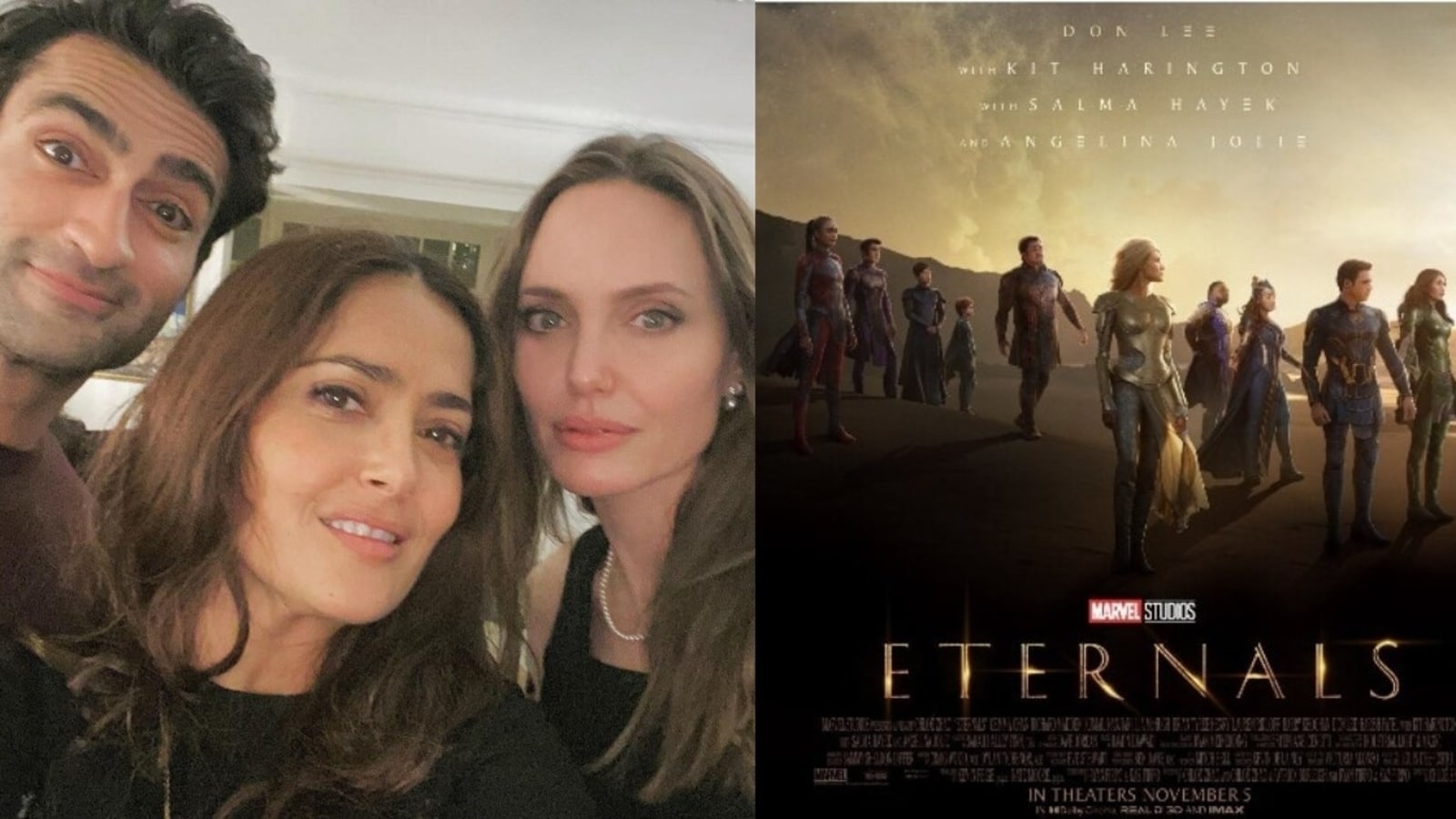 Kumail Nanjiani opened up about his experience of working with Angelina Jolie and Salma Hayek on Eternals. The Marvel film, which is set to release later this year, has the three actors making their debut in the Marvel Cinematic Universe.

In a recent interview, Kumail revealed how the two actors were on the sets of the Marvel film and added that he learnt a number of things Angelina and Salma.

“Angie, she would not go back to her trailer. She always hung out on set. She was always with everyone. So I realized what you do on camera is only part of the job,” he said, speaking with Entertainment Tonight.

“Salma was the one who would always have dinners and people over. They are amazing. I have learned so much from watching both of them. Just how to be a pro, you know? I was so impressed. They are always on time, they know all the words, they are very thoughtful about how they work and they really wanted to create a family,” he added.

Eternals will introduce immortal beings who have been living on Earth for centuries now. They are forced to come out of hiding after the evil Deviants attack the planet. Helmed by Oscar-winning director Chloé Zhao, Eternals also stars Gemma Chan, Richard Madden, Kit Harrington, Brian Tyree Henry, Lauren Ridloff, Barry Keoghan, Lia McHugh and Don Lee. India’s Harish Patel also has a role in the film.

Also read: Kumail Nanjiani ensured his Eternals hero was opposite of brown dude stereotypes: ‘We get to be nerdy’

In December 2019, Kumail revealed he had to beef up for the role. The actor, sharing a shirtless picture on Instagram, said, “I never thought I’d be one of those people who would post a thirsty shirtless, but I’ve worked way too hard for way too long so here we are. You either die a hero, or you live long enough to see yourself become the villain. I found out a year ago I was going to be in Marvel’s Eternals and decided I wanted to transform how I looked. I would not have been able to do this if I didn’t have a full year with the best trainers and nutritionists paid for by the biggest studio in the world. I’m glad I look like this, but I also understand why I never did before. It would have been impossible without these resources and time.”