Endovascular Treatment Devices Market to reach over USD 5.77 billion by the year 2030 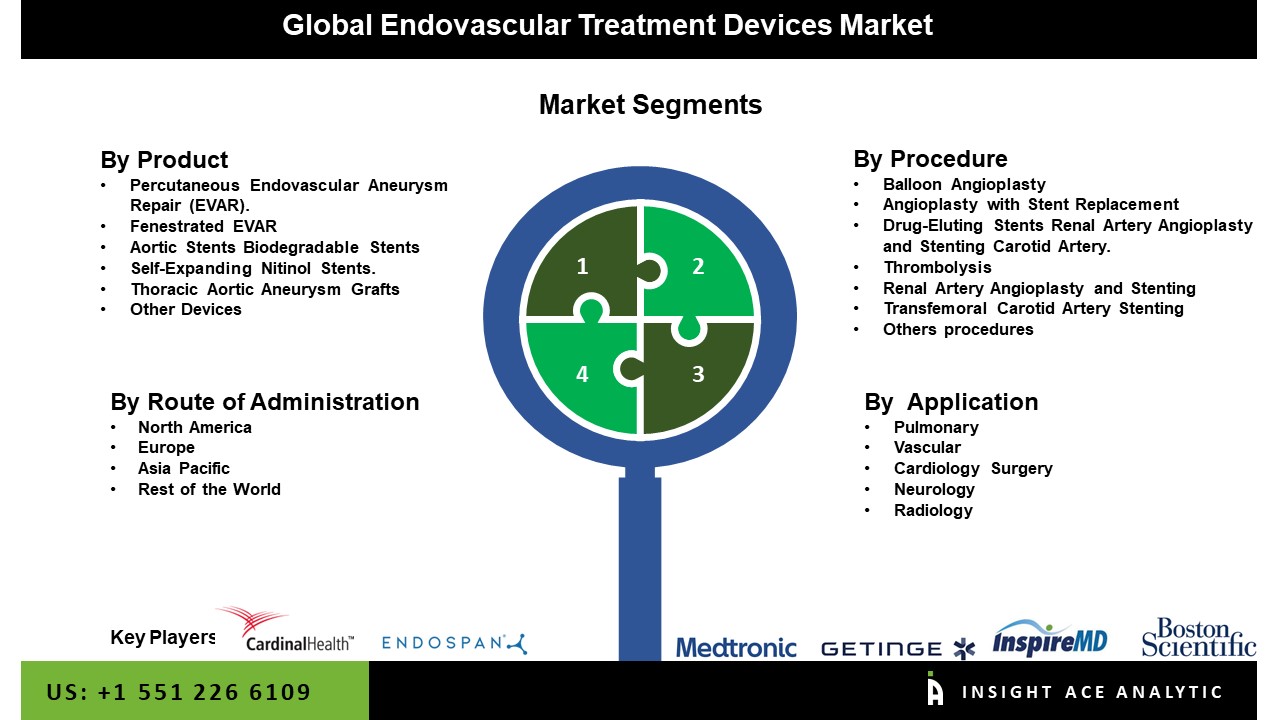 Global Endovascular Treatment Devices Market is estimated to reach over USD 5.77 billion by 2030, exhibiting a CAGR of 8.52% during the forecast period

Endovascular surgery is an advanced, minimally invasive procedure used to treat medical conditions that impact the blood arteries, such as aneurysms, bulging or “ballooning” blood vessels. The treatment begins with a body incision to gain access to the blood vessels. Then, to enable medication withdrawal or delivery from the patient’s bloodstream, a flexible plastic tube, stents, or catheter is inserted into the injured blood vessel. Chemotherapy, long-term intravenous nourishment, intravenous antibiotic therapy, and blood transfusions are a few therapies that use endovascular therapeutic devices. Due to factors like an ageing population, an increase in the prevalence of cardiovascular diseases, technologically advanced endovascular products, and increased spending on research and development by market players, the market for endovascular treatment devices is predicted to expand during the forecast period. Market expansion is being restrained by the high cost of endovascular procedures, a lack of knowledge in developing economies, and a lack of skilled surgeons to perform the functions. The use of endovascular treatment devices has expanded as a result of breakthrough product launches and rising healthcare spending, which is stimulating research and development.

Market Dynamics:
Drivers-
In the upcoming years, market growth will also be fueled by the high prevalence of abdominal aortic aneurysms, which are more common in men, and a potential rise in demand for minimally invasive techniques like endovascular surgery. The majority of abdominal aortic aneurysms (AAA), which mainly afflict men, range from 4% to 8%, according to screening studies. Due to the growing global geriatric population, AAA prevalence is high in the ageing population and could become substantial in the future. The market for endovascular treatment devices will proliferate due to rapid technological advancement and considerable improvements in minimally invasive surgery.

Challenges:
Some of the main obstacles in the global market for endovascular treatment devices are anticipated to include the high cost associated with using new endovascular therapy devices, a lack of awareness in economically underdeveloped countries, and the US’s strict tax regulations on medical products.

Regional Trends:
The North America Endovascular Treatment Devices market is expected to register a significant market share in revenue and is projected to grow at a high CAGR shortly. The market has grown due to an increase in surgical operations and medical professionals’ desire for these devices, which has led big businesses to concentrate on developing cutting-edge medical devices in these countries. The region’s endovascular therapy devices market will grow due to the obesity and diet epidemics, as well as the development of new products due to prominent manufacturers. Besides, Asia Pacific had a substantial share in the endovascular treatment devices market. Increased medical advancements have contributed to the endovascular treatment devices market revenue growth in this area, leading to continuing industry expansion. Increased R&D efforts and medical advances made by significant participants in the region’s nations can also be credited with growth.