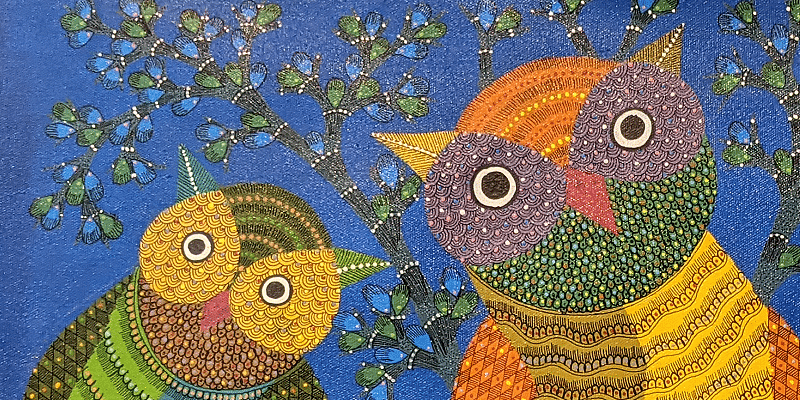 The event is organised by the International Indian Folk Art Gallery (IIFAG), an Australian art organisation with deep Indian roots. It aims to build a cross-cultural connection with Australian art lovers, while also highlighting the beauty of Indian folk arts.

Indian folk art forms are ancient and versatile. There are more than 50 traditional folk arts indigenous and unique to India, IIFAG describes in its brochure. Some of these art forms are over 3,000 years old.

These folk arts have been supported largely by small communities who pass on their knowledge from one generation to the next.

Unfortunately, some of these art forms are now on the verge of extinction due to a lack of public awareness, limited funding for the artists, and pressure to move on to other industries, art forms, and careers.

As a result, the number of practising artists in these traditions is declining. Many of these art forms have limited exposure to art lovers overseas.

The exhibition in Bengaluru includes hundreds of artworks on display across seven galleries. In this three-part photo essay, we feature pictorial highlights from the exhibition, followed by curator and artist interviews.

Now, what have you done today to pause in your busy schedule and find new avenues to apply your creativity?

(All exhibition photographs were taken by Madanmohan Rao on location at the exhibition.)

See also the YourStory pocketbook ‘Proverbs and Quotes for Entrepreneurs: A World of Inspiration for Startups,’ accessible as apps for Apple and Android devices.