ELVIS The Movie Ends After 90 Minutes, But Fans Are Now Hearing THE END Is A New Beginning John Krondes and Joe Esposito with Portia Griffin in Hollywood 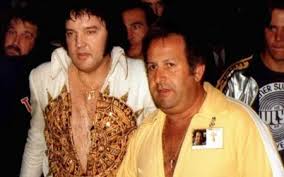 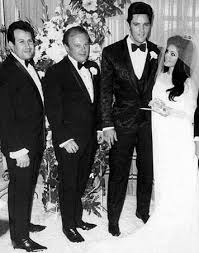 Joe Esposito was the Best Man at Elvis and Priscilla Presley’s Wedding on May 1, 1967

LOS ANGELES, CA, UNITED STATES, July 22, 2022 /EINPresswire.com/ — HOLLYWOOD NEWS…The Year 2022 is seeming to thrust forward a few magical and powerful New Beginnings, equalizing, and overshadowing many of the horrific and heartbreaking world events like the COVID-19 Pandemic, and now bloody-some war in Ukraine. Fans around the world for months were anticipating the return of ELVIS in a new movie. What fans, radio stations, the music industry, and media around the world were NOT anticipating or expecting, was the concurrent return of Elvis Presley’s music and The Memphis Sound. Universal Music Publishing Group., who recently purchased the rights to manage the Elvis Presley catalog of songs, by its chief executives Jody Gerson and Marc Cimino, stated in a news release that they were so excited to keep the iconic Elvis Music alive for generations to come, and that 2022 was shaping up to be a Banner Year For Elvis. As fate would also have it, Universal Music Publishing Group (UMPG) is also the Publisher of the special song THE END a/k/a “At The End Of A Rainbow” , that Elvis Presley sang to Priscilla Beaulieu on the night they met in Germany. Universal Music Publishing Group was correct in its News Statement, and little did the world know, but THE END has become A New Beginning for Elvis Presley, music fans, the music industry, and The Memphis Sound. The Circle Of Fate is powerful and has great unexplained forces.

THE END was written by John Krondes’ father Jimmy Krondes, and first became a worldwide hit in 1958 by Earl Grant. As part of that same circle and calling of fate, John Krondes decades later ended up recording his dad’s Mega Hit with the Jordanaires. Listeners were calling radio stations asking if it was Elvis Presley and the Jordanaires, and soon followed all of Elvis Presley’s original musicians and singers, and Presley Road Manager Joe Esposito to John Krondes’ magnetic force, to make new music. Fast forward, not only has ELVIS come alive in June of 2022 on the movie screen, but shockingly, so has his music and The Memphis Sound. The world is also learning the news that Singer / Songwriter John Krondes has amassed a collection of close to 100 New Recordings with the original Elvis Presley music entourage.

Yes Folks, Not only is 2022 A Banner Year for Elvis, it momentously also marks the milestone RETURN OF THE MEMPHIS SOUND. CDX Records, Sony Music, and The Orchard signed John Krondes, and by surprise began sending E-Blasts of THE END by John Krondes and the Jordanaires to radio stations around the world in sync with the movie ELVIS. CDX Nashville has also just begun its promotional campaign of a 90 Minute Radio Special, ELVIS ALIVE – A New Beginning to radio stations and media everywhere. Joe Esposito dreamed up this show as a gift of New Life for his Best Friend Elvis. The show introduces many of the new recordings by John Krondes and the Elvis Hit Team. Music fans are stunned, and they are getting the music back; that Rock – Country and Gospel music; that Elvis Music we all know and love called THE MEMPHIS SOUND.

Attention Radio Stations, TV, Newspapers, and other media; DON’T MAKE YOUR FANS WAIT. Contact CDX Nashville and get your download and copy of THE END, and radio special, ELVIS ALIVE – A New Beginning . Joe Kelly , CDX Nashville, at 615-292-0123 * Email: Joe@cdxnashville.com.

THE END a/k/a “At The End Of A Rainbow” – John Krondes and the Jordanaires * CDX Nashville Download Link:
https://mailchi.mp/cdxcd.com/new-single-john-krondes-with-the-jordanaires-the-end?e=e2c947c958

The world is puzzled to say the least about John Krondes, Hollywood’s new “Mystery Man” and how he was able to assemble virtually all of Elvis Presley’s musicians and singers to make New Music. John Krondes is delighting fans with the 1st New Recordings since 1977 by the Elvis Presley Hit Making Team.

Radio Stations, Fans, and Media are asking a lot questions, inquiring as to how The Memphis Sound has come magically back to life after many years. Psychic to the Stars John Cohan has explained to the music world that, “the recording THE END with the Jordanaires, and so many recordings with the Elvis Presley musicians was not an accident. The answer is very clear to those that believe in higher powers. John Krondes was guided by Rock ‘N Roll Heaven.”