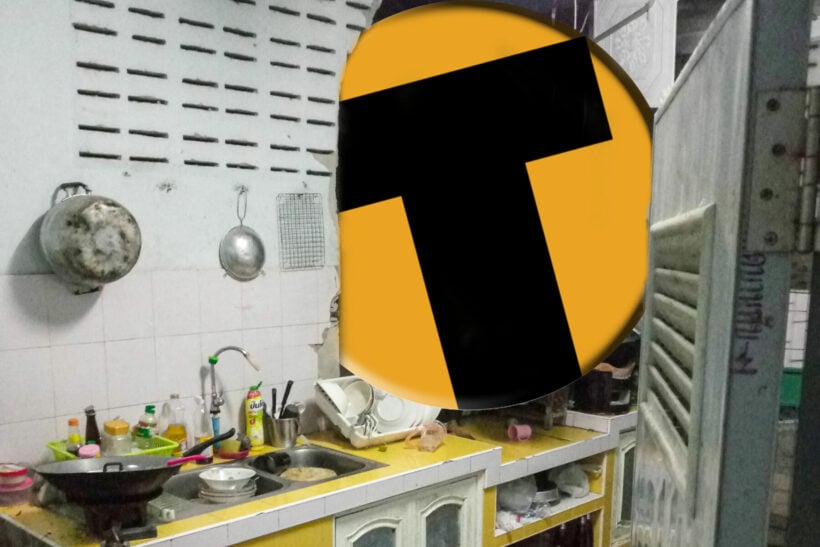 Andy Warhol said, “in the future, everyone will be world-famous for 15 minutes.” But in today’s world, you haven’t arrived until you’ve become a meme. The elephant that broke the wall into a Hua Hin home’s kitchen on Sunday to snack may have gotten a taste of fame (and a taste of rice too, reportedly) when its video went viral on Monday, but now it’s really made it big time with elephant memes cropping up online and in advertising.

Burger King was one of the companies to be quick to jump on the elephant meme trend, releasing an ad yesterday replacing the elephant’s head with a giant Whopper burger smashing through the kitchen wall instead. The Thailand division of the fast-food giant capitalised on the sensational story by adding the caption “so large it breaks through houses”.

Major Thai chili sauce maker Maepranom used a similar sentiment in a meme ad with a jar of their sauce breaking through the wall with a Thai caption translating roughly to “When Maepranom breaks in, any elephant will stop being hungry. Believe me.”

Foreign embassies in Thailand also took advantage of the quick fame of the elephant kitchen image, with a number of embassies releasing their own parody. The Swedish embassy added a footballer to promote tonight’s EURO 2020 match against Poland. Australia replaced the elephant in the photo with a (slightly) better tasting jar of vegemite.

The Embassy of the United Kingdom might have been closest in scale, swapping the hungry elephant in there meme with the iconic double-decker red bus smashing through the wall in promotion of an environmental campaign.

Of course, it wasn’t just businesses and organisations to have some fun with the image of the elephant, who reportedly actually smashed the wall a month earlier and now just comes to dine on occasion, as the homeowner who took the videos whose stills became so memeable stated in her Facebook post simply “comes every day”.

People used the elephant meme to make political statements, replacing the elephant’s face with that or PM Prayut Chan-o-cha and Deputy Prawit Wongsuwan busting through the wall. And of course, it wouldn’t be the internet if people didn’t start posting cats! Many memes appeared with giant cats climbing through the hole in the wall because the internet is nothing without cat memes.

A few samples of the “elephant breaking through the kitchen wall” meme sweeping Thai internet. (via various social media)

Colour Cosmetics, a makeup brand that redefined value and quality