Early humans were walking across North America around 23,000 years ago 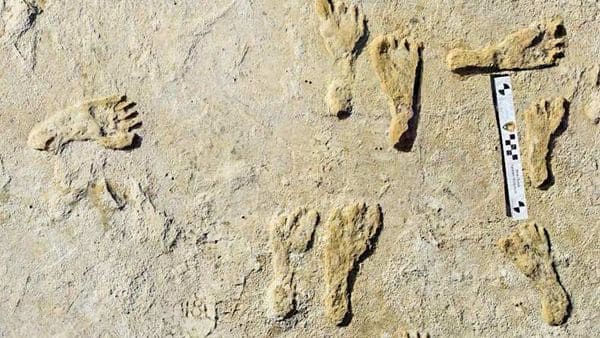 The footprints were found in a dry lake bed in White Sands National Park, first spotted in 2009 by a park manager. Scientists at the US Geological Survey recently analysed seeds stuck in the footprints to determine their approximate age, ranging from around 22,800 and 21,130 years ago.

Most scientists believe ancient migration came by way of a now-submerged land bridge that connected Asia to Alaska. Based on various evidence — including stone tools, fossil bones and genetic analysis — other researchers have offered a range of possible dates for human arrival in the Americas, from 13,000 to 26,000 years ago or more.

The current study provides a more solid baseline for when humans definitely were in North America, although they could have arrived even earlier, the authors say. Fossil footprints are more indisputable and direct evidence than “cultural artifacts, modified bones, or other more conventional fossils,” they wrote.

“What we present here is evidence of a firm time and location,” they said.

Based on the size of the footprints, researchers believe that at least some were made by children and teenagers who lived during the last ice age.

The research was published Thursday in the journal Science.