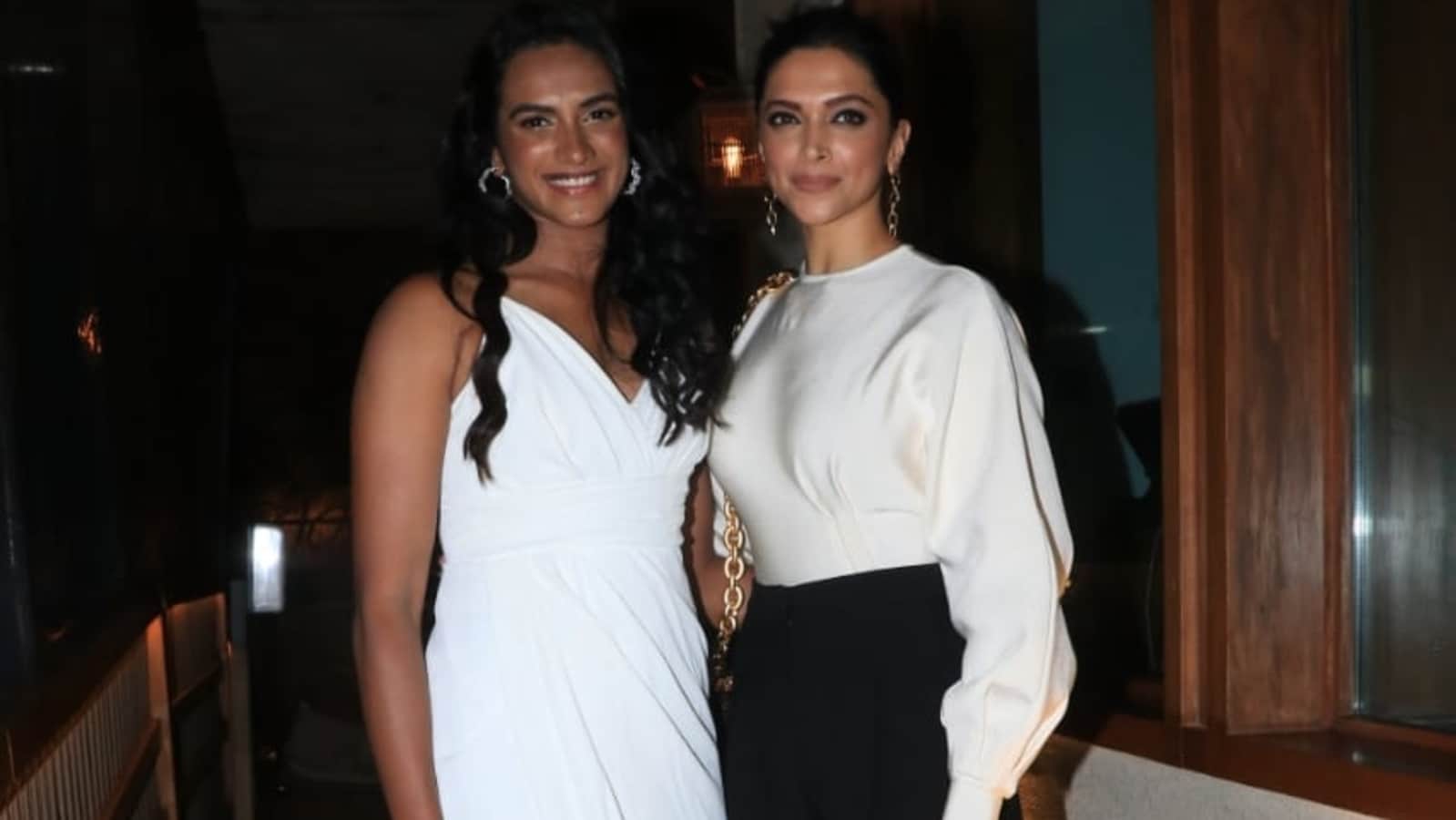 Deepika Padukone‘s Saturday night plan featured a dinner date with PV Sindhu. The actor and the badminton player were spotted outside a popular restaurant in Mumbai. The duo was photographed stepping out of the car together and made their way to their dinner reservation.

In the pictures, Deepika wore a satin, full sleeves top paired with a pair of black palazzo pants. She tied her hair into a bun. Sindhu, on the other hand, opted for a white dress. The two posed for photographs together. However, the paparazzi began requesting Deepika to pose solo.

Deepika refused their request. Instead, she asked them to photograph Sindhu alone. “Mera solo nahi, inka lo (Don’t take my solo pictures, take hers),” she said, before proceeding into the building. She eventually stood for a moment, giving an opportunity to photographers to take her solo shots and entered the building.

Soon after, Ranveer Singh was also photographed making his way to the venue. The actor opted for a casual, underwater themed shirt that he wore with a pair of pants. He opted for a hat and sported a satin mask, matching the theme of his shirt. He not only posed for the paparazzi but also interacted with a young fan present at the spot.

Sindhu, Deepika and Ranveer’s dinner outing comes weeks after the badminton player won a medal at the Tokyo Olympics. Sindhu had beaten China’s He Bingjiao and made history by becoming the first Indian woman to win two Olympic medals and only the second Indian to win two individual medals at the Olympics after wrestler Sushil Kumar. During the tournament, Deepika had dedicated posts to the Olympic medalists.

Meanwhile, Deepika has been busy with her upcoming projects. The actor has a number of projects in the pipeline. These include Pathan with Shah Rukh Khan, Fighter with Hrithik Roshan, an untitled film with Prabhas, the Indian adaptation of The Intern, and her Hollywood comeback, among other films.

Ranveer has a number of projects in the making, including Cirkus, Rocky Aur Rani Ki Prem Kahani, and Jayeshbhai Jordaar. He also has cricket-themed film ’83 waiting to release.