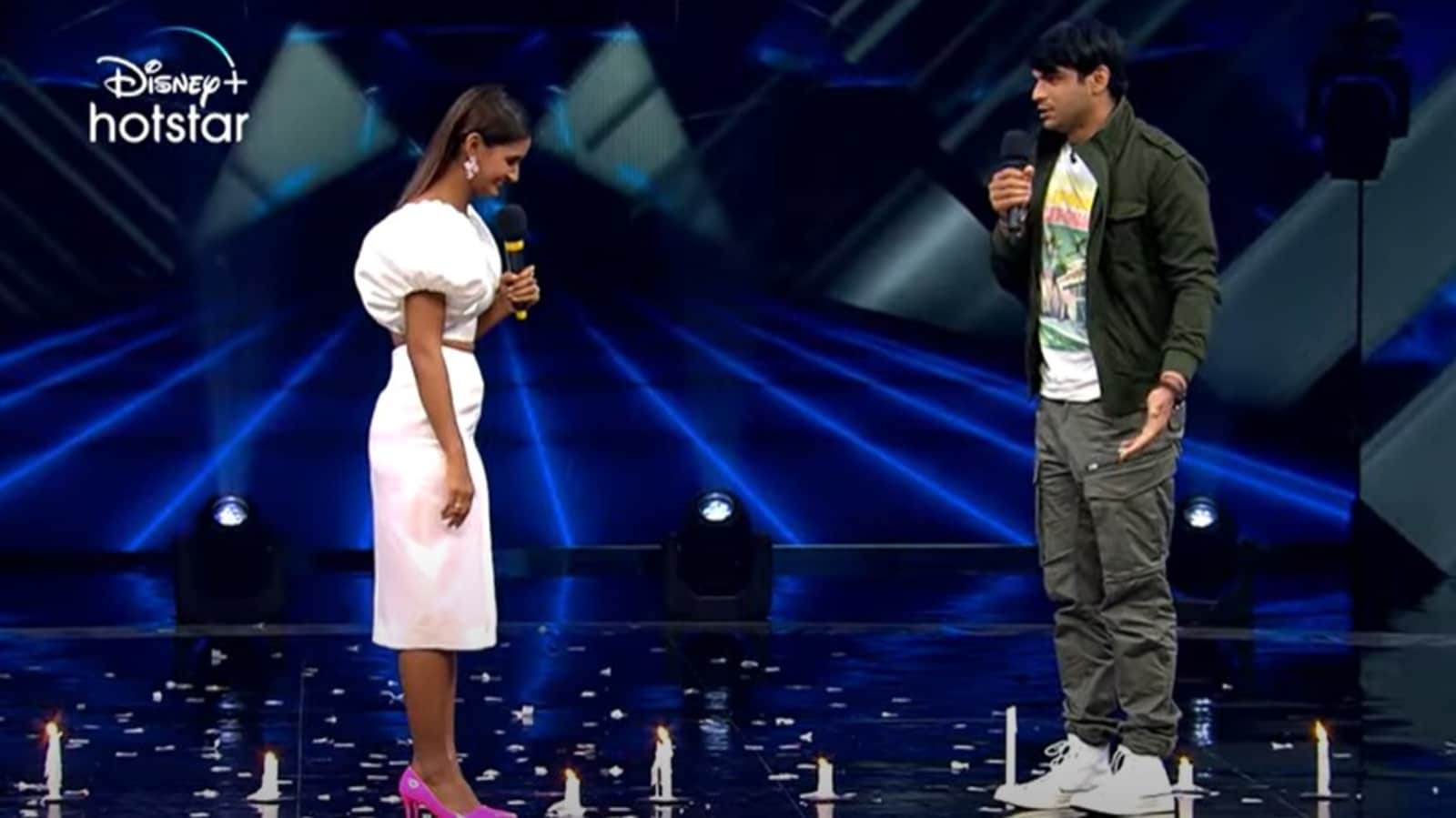 Olympic gold medalist and javelin thrower Neeraj Chopra will be seen as a special guest in the upcoming episode of the reality show Dance+ 6. A new promo showed him dancing to Ishq Tera Tadpave and even ‘proposing’ to captain Shakti Mohan, provoking a rather funny reaction from host Raghav Juyal.

Raghav trying to express his feelings for Shakti has been a long-running gag on Dance+. After watching one of the performances to Ishq Kameena, he tells her, “Shaks, main bhi tumhare saath ishq kameena karna chahta hoon (I also want to experience a bad romance with you).” The two then dance to Hawayein.

Shakti requests Neeraj to come on stage and propose to her, showing Raghav how it’s done. “Mere life mein toh sabse zaroori javelin hai. Mujhe baaki kuch…na itna achcha khana banana aata hai, na main time de sakta (The most important thing in my life is the javelin. Neither can I cook very well nor can I give you a lot of time),” Neeraj began telling Shakti.

In another part of the teaser, Neeraj dances to Ishq Tera Tadpave with the contestants of Dance+ 6 and Raghav.

A special performance is dedicated to Neeraj and super-judge Remo D’Souza tells him, “Ek gold hai jisse jevar bante hai, lekin iss gold se India ka tevar banta hai (There is gold which you can turn into jewellery, and then there is your gold medal, because of which India holds its head up high).”

Remo also took to Instagram to share a video with Neeraj from the sets of Dance+ 6 and wrote, “With the #goldenboy of #india @neeraj____chopra so proud of you man, and it’s nice to have you with us @disneyplushotstar #danceplus6.”