Crash in tomato prices hits farmers, from Maharashtra to Haryana 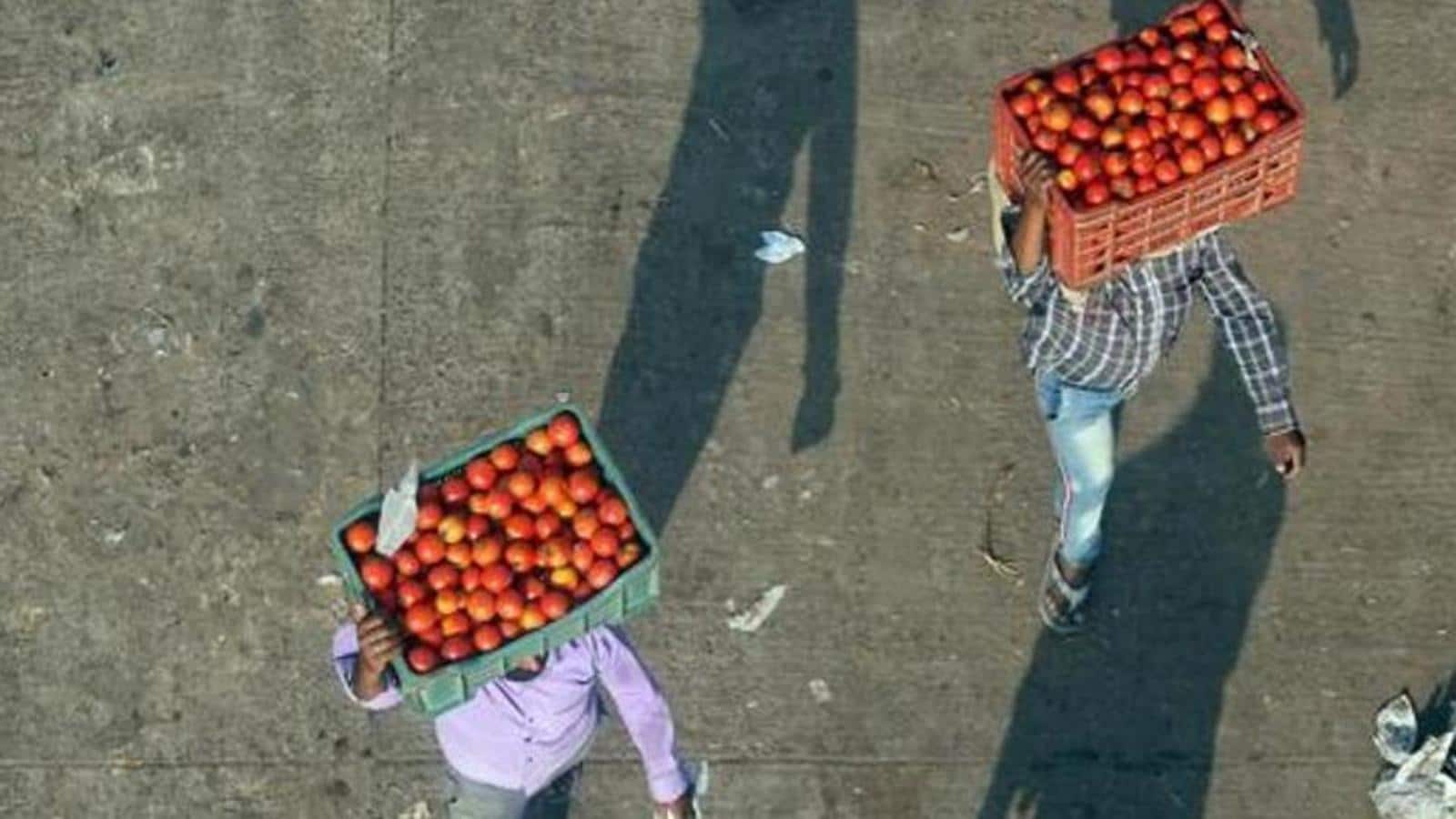 Wholesale prices of tomato have fallen steeply to a nearly three-year low leading loss-making farmers in Maharashtra and Haryana to dump the produce or feed them to cattle, a repeat of a familiar pattern of price volatility.

Farmers in Nashik, a major trade centre, said they were incurring heavy losses and abandoning their produce because selling rates were not enough to cover even transportation costs. Farmers in Haryana too said they weren’t able to recover costs.

In Haryana’s Toshan on Friday, fresh harvest sold ₹50 per crate of 25 kg, or about ₹2 per kg. The price crash, however, has not significantly moved rates in cities such as Delhi where the vegetable sold between Rs20-30 per kg in retail markets.

Sliding rates of some vegetables amid record horticulture production point toward a vegetable deflation that could crimp farm incomes, analysts say.

Headline inflation as measured by the wholesale price index rose 11.1% in July 2021, led by a lower base effect. However, vegetable prices declined by 8.73%, against a 0.78% dip in June, official data show. The low base effect refers to a statistical reading in which a value can appear to be high when compared to an abnormally low value in a previous period.

The current glut, economists say, has to do with the cobweb pattern of agriculture, which means that farmers decide what to grow depending on the previous year’s price realisation.

India is set to reap its highest ever horticulture crop production at 329 million tonne in 2020-21, a nearly 3% rise in output, according to latest official estimates.

According to the Commission for Agricultural Costs and Prices, a federal body, a farmer incurs a minimum of ₹4 to grow a kg of tomato on their own land. With leased land and hired labour, the cost of growing one kg of tomato can go up to ₹8-10.

“Forwarding agents are telling us that Delhi, Kolkata and Mumbai wholesale markets have lowered their demand for the past two days between 6-8%. This is the immediate reason for the fall in prices,” said Prakash Kumawat, an official at the agricultural produce marketing committee in Nashik.

Nyay Singh, a grower in Charkhi Dadri in Haryana, said he had abandoned his entire produce harvested 10 days ago, about four crates of 25 kg each.

Three commonly consumed vegetables, tomato, potato and onion, are prone to frequent seasonal price fluctuations. When prices crash, small growers who can’t afford to hold on to their produce are affected the most. On the other hand, sudden price spirals tend to hit the household budgets of consumers.

“If the production estimates contained in the agriculture ministry’s advance estimates of horticulture are accurate, such a fall in tomato prices are not to be expected, but this year isn’t likely to be good for vegetable growers,” said Ashok Agrawal, an analyst with Comtrade, a commodities trading firm.

Experts say lack of growers can get consistent prices, while consumers can be shielded from price shocks if there are adequate food processing facilities to make tomato puree.