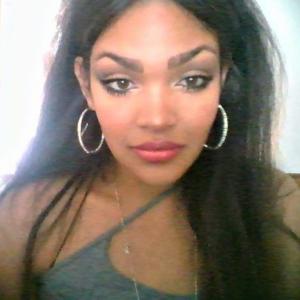 There’s just a handful of networks willing to report the truth. I’m honored for the opportunity to work with CONK! News to deliver the unfiltered truth, facts that few others are willing to report.”

MINNEAPOLIS, MN, USA, May 17, 2022 /EINPresswire.com/ — Minneapolis-based CONK! News, the conservative news aggregator at conk.news, is pleased to announce that well-known investigative journalist Alicia Powe has begun producing a video blog specifically for CONK! News. “The Powe Report” will appear exclusively on CONK! News every other Monday. The first two installments consisted of interviews with Dr. Henry Ealy and with Dr. Vladamir Zelenko, both regarding the left’s fake “science” surrounding the Covid-19 vaccines.

Powe is an investigative journalist and multimedia reporter who has worked at leading national publications for over a decade. Her work exposing abuse in government, media, Big Tech, Big Pharma and public corruption has been featured on The Gateway Pundit, Project Veritas, World Net Daily, Townhall and Media Research Center. Alicia has a Bachelor of Science degree from John Jay College of Criminal Justice, where she refuted communist professors who proselytized anti-Americanism daily. In 2008, Alicia served in the Correspondence Department of the George W. Bush administration after working as a War Room analyst for the Rudy Giuliani Presidential Committee. Alicia is originally from New York City and currently resides in Washington D.C.

“Whether it’s election fraud, January 6th, manufactured pandemics, vaccine efficacy or the military-industrial complex, there’s just a handful of networks willing to report the truth. I’m honored for the opportunity to work with CONK! News to deliver the unfiltered truth, facts that few others are willing to report, and thorough investigations amid unprecedented censorship and the war on freedom. I look forward to utilizing the skills I’ve gained as an undercover journalist, video editor and breaking news writer to serving the public at CONK!”

Jim Peters, the Editor-in-Chief of CONK! News, said, “We couldn’t be more thrilled to have Alicia Powe onboard at CONK! News. Her dedication to her work is palpable, and she brings a level of passion to her personal mission as a journalist that few others can conjure. I don’t know if CONK! News can change the world, but I’m certain we’ll get a little closer with Alicia in our corner.”

Launched in March 2021, CONK! NEWS is already the premiere conservative/libertarian news aggregator on the web, collecting headlines, photos, podcasts and videos from over 200 news sources every three hours. CONK! News also produces three live radio shows and four podcasts each week: “CONK! News Daily” is an “alternative newscast” call-in radio show broadcast live on BlogTalkRadio every Monday, Tuesday and Wednesday at 4PM Eastern / 3PM Central, and then available for download as a podcast that evening; and the flagship podcast “CONK! News Weekend”, a weekly panel discussion featuring CONK! News Contributors and guests, is available for download on Friday mornings. The CONK! News podcasts and broadcasts have already distinguished themselves within the radio and podcast industries for mixing serious conservative opinion with lively conversation and spontaneous humor.