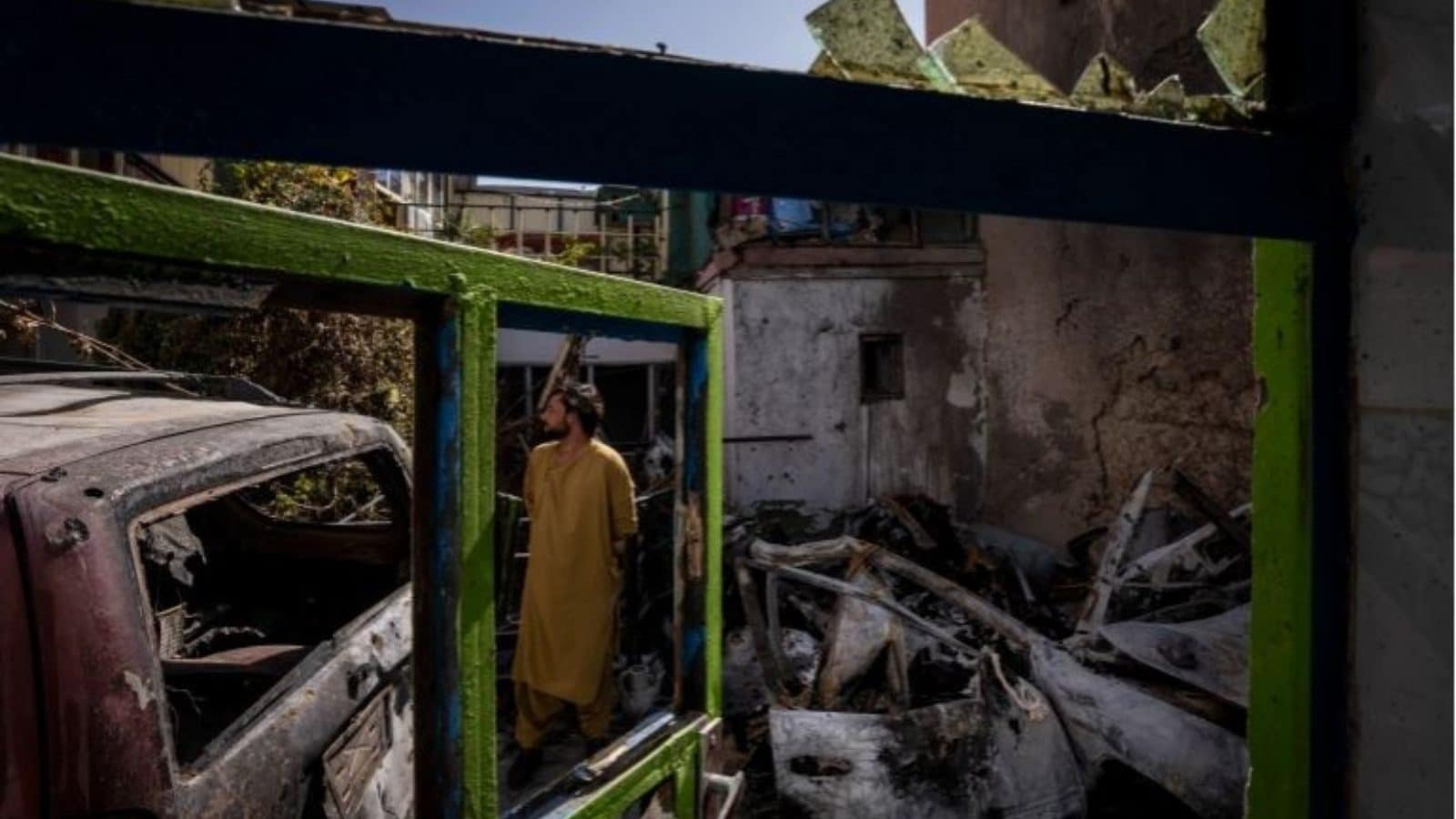 Just after the US military launched a Hellfire missile to stop a white Toyota Corolla it believed to be an imminent threat to US troops leading the evacuation at the Kabul airport, the CIA issued an urgent warning: Civilians were likely in the area, including possibly children inside the vehicle, according to three sources familiar with the situation.

It was too late. The warning on August 29 came seconds before the missile hit the car, killing 10 civilians, including seven children.

In the weeks following, the military insisted that it had been a justified strike on a confirmed terrorist target, acknowledging that some civilians might have been killed. But on Friday, after weeks of media coverage casting doubt on the legitimacy of the strike, the military acknowledged no one in the car was affiliated with ISIS-K as originally believed. “It was a mistake,” Gen. Frank McKenzie, the top general of US Central Command, said bluntly at the Pentagon.

It’s not clear whether the military informed the intelligence community that it had decided to pull the trigger — if for no other reason than that the situation was rapidly evolving. The military calls such strikes, which commanders in the field were authorized to take without consulting up the chain of command, “dynamic.”

In some cases, the military might ask the intelligence community to “task” its surveillance drones and other assets to watch a particular car or a particular location. The intelligence community would share data on the targets with the Defense Department in real time, but it is ultimately the military ground force commander’s decision to take the strike.

Some sources say the miscommunication highlights a now-pressing decision for the Biden administration as it weighs how to conduct future strikes in Afghanistan without US troops on the ground there: Will the Defense Department or CIA own the mission?

The CIA declined to comment for this story. A spokesman for US Central Command did not respond to CNN’s request for comment.

Counterterrorism, intelligence and military officials unanimously agree: Without US troops on the ground, identifying the correct target and launching successful strikes on legitimate ISIS-K or al Qaeda targets in Afghanistan has become infinitely harder. Trying to split the mission between two organizations, some current and former officials say, runs the risk that the grave tragedy in Kabul will happen much more frequently.

“If they tasked the agency with looking at the target for indications of ‘go’ or ‘no go’ criteria, they should have had the ability to get that information and affect whether they launched a strike. If there was no way to know that they were about to launch, there’s something really wrong there,” said Mick Mulroy, a former CIA officer and Pentagon official and an ABC News analyst. Mulroy cautioned he had no first-hand knowledge.

But while lawmakers on both sides of the aisle have pledged to get to the bottom of what mistakes were made in the lead up to this specific strike, current and former officials also point out that civilian casualties were a consistent reality of the US mission in Afghanistan.

“It is a pretty good encapsulation of the entire 20-year war,” one US official said, referring to the August 29 strike.

The intelligence community and the Defense Department have for years worked together to execute counterterrorism strikes in Afghanistan — part of a longstanding push to put the authority for drone strikes under military command under the theory that there would be more accountability and transparency surrounding civilian deaths. But the flow of information and decision-making between the two organizations sometimes hits the air gap between institutions, and in any event, the CIA and the Defense Department operate under different standards for executing strikes of this nature.

Some former intelligence officials take it a step further, claiming that CIA drone strikes kill far fewer civilians that the military’s — but the agency’s figures aren’t public, and outside groups that track drone strike casualties say the US military routinely undercounts its collateral deaths, making an accurate comparison difficult to draw.

The Biden administration insists that it has the tools to carry out successful “over the horizon” missions. McKenzie on Friday argued that the failure of the Aug. 29 strike was not predictive of the challenges of “over the horizon.”

“This was a self-defense strike based on an imminent threat to attack us,” McKenzie said. “That is not the way we would strike in an (over the horizon) mission” — because the standards would be higher for conducting such a strike, he said, and “we’ll have a lot more opportunity probably than we had under this extreme time pressure to take a look at the target.”

But sources tell CNN the Biden administration is still grappling with the mechanics of how it will structure the counterterrorism mission in Afghanistan going forward. Some intelligence officials privately belittle “over the horizon” in Afghanistan as “over the rainbow.”

For eight hours on August 29, intelligence officials tracked the movements of Zemari Ahmadi, a longtime worker for a US aid group, based on a tenuous connection to ISIS-K: Ahmadi had a short interaction with people in what the military believed was an ISIS safe house.

That flimsy clue led military commanders to misinterpret Ahmadi’s movements over the course of a relatively normal day. They watched him load water jugs into the back of the car to bring home and believed they were explosives. What military commanders insisted was a large secondary explosion after the Hellfire hit the Corolla — indicating, senior leaders believed, explosives in the trunk — was actually more likely a propane tank located behind the parked car.

Military commanders did not know Ahmadi’s identity when they began tracking his movements.

“We now know that there was no connection between Mr. Ahmadi and ISIS-Khorasan, that his activities on that day were completely harmless and not at all related to the imminent threat we believed we faced, and that Mr. Ahmadi was just as innocent a victim as were the others tragically killed,” Defense Secretary Lloyd Austin said in a statement.

For weeks after the strike, senior military leaders have publicly and privately defended the strike and the intelligence it was based on. Joint Chiefs Chairman Gen. Mark Milley told reporters the strike was “righteous.” The Pentagon insisted that there was a large, secondary explosion that could only have been caused by explosives in the trunk of the car, and that secondary explosion was the cause of the high civilian casualty rate.

In the end, almost everything they asserted turned out to be false.

McKenzie on Friday rejected the notion that the mission was a “complete and utter failure.”

“This particular strike was certainly a terrible mistake and we certainly regret that, and I’ve been very clear that we take full responsibility for it. At the same time, we were carrying out a number of complex operations designed to defend ourselves,” McKenzie said. “So while I agree… this strike certainly did not come up to our standards… I would not qualify the entire operation in those terms.”

Share
Facebook
Twitter
WhatsApp
Previous article[Brand of India] Bzaar’s Nishant Verman shares a 7-step process to make a winning D2C brand
Next articleRubina Dilaik laughs off rumours of her stalling Ardh shoot: ‘You can also add that I refused to shoot in a slum’
RELATED ARTICLES
International