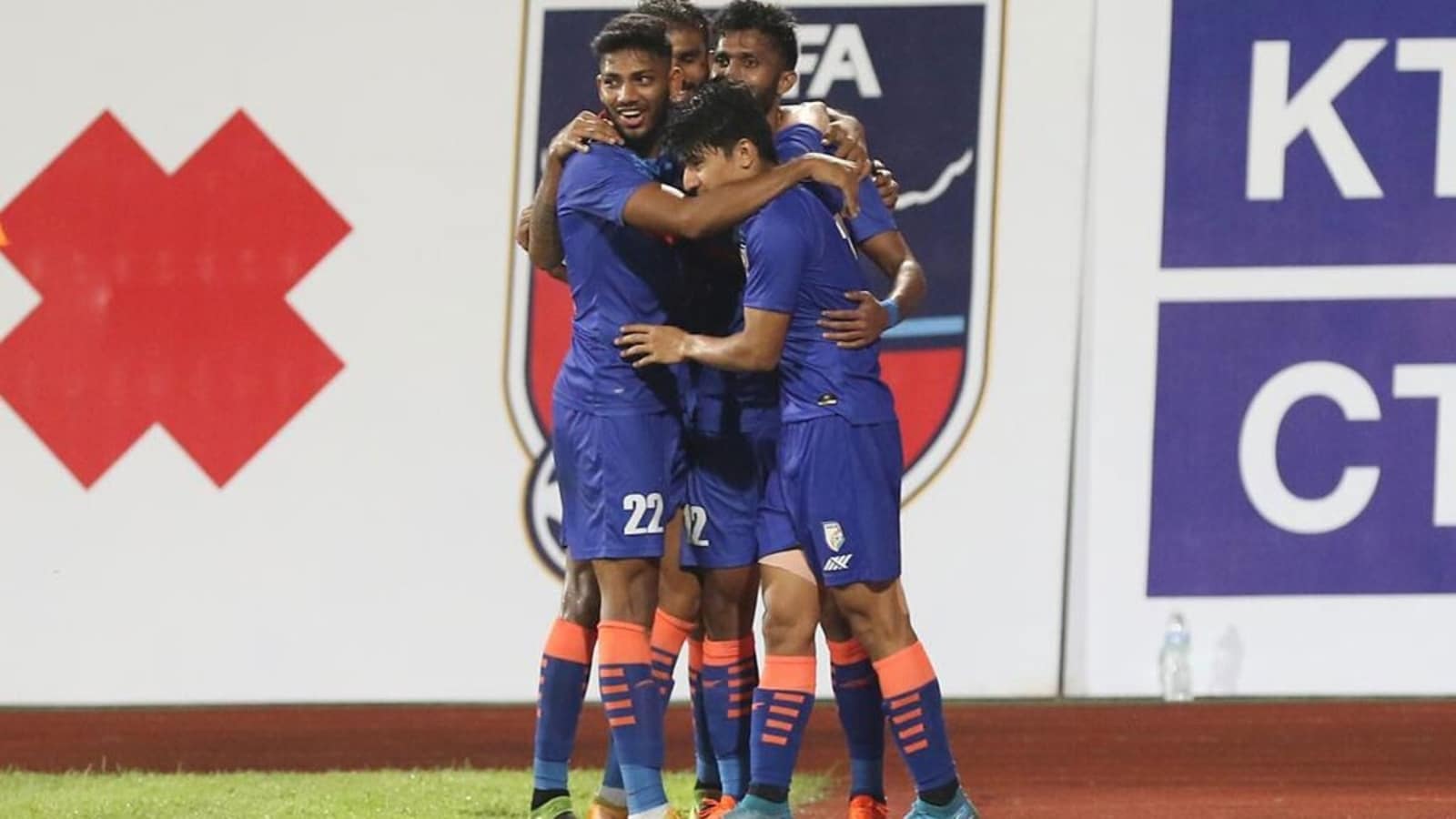 Farukh Choudhary and skipper Sunil Chhetri struck in the second half to guide India to a 2-1 win over Nepal in their second International friendly on Sunday. It was Choudhary who put India ahead in the 62nd minute while Chhetri (80th) doubled the lead of the visitors.

Tej Tamang (87th minute) found the net for the hosts in dying minutes of the match at the Dasharath Stadium in Kathmandu. The first match had ended in a 1-1 draw.

India began the first half well, with Bipin Singh penetrating through the left flank on a number of occasions. In the sixth minute, he played in a looping ball for an onrushing Manvir Singh whose header was saved by goalkeeper Kiran Limbu, who came out of his charge. As the home team sat back and looked to defend deep, the Indians continued to press for the opening goal.

Anirudh Thapa, who had found the net for India in the previous friendly three days ago, entered the penalty area from the right in the 29th minute, and fizzed in a low cross with Chhetri waiting at the back post, only for Ananta Tamang to save with a last-ditch sliding tackle.

With a minute of regulation time left to play in the first half, Chhetri came close to giving India the lead as Seriton Fernandes played in a deep cross from the right and the resulting header from the Indian skipper went just over the bar.

After the break, India created threats from both flanks, with Kiran being called into action on multiple occasions. Head coach Igor Stimac had brought on Choudhary to replace Bipin at the break and it was the substitute who broke the deadlock with a calm finish in the 62nd minute. Chinglensana swung in a curling cross from the left, which Chhetri laid perfectly into the path of an unmarked Choudhary, who placed it past the keeper and into the corner of the net.

In theor bid to equalise, Nepal began to push more men forward. Amrinder made a good save in the 65th minute from a close-range header and three minutes later, Nawayug Shrestha played in Bishal Rai inside the penalty area, but his effort from 10 yards went wide off target. Manish Dangi had another opportunity for the hosts in the 72nd minute as he connected with the ball from a cross at the far post but did not place it on target.

Chhteri doubled India’s lead advantage with a trademark finish – polishing off a fantastic counterattack. It was Nepal who were putting pressure with a free-kick in a dangerous area but Amrinder collected and played the ball to Thapa on the halfway line, who headed it on for a charging Chhetri.

The Indian skipper calmly approached the goal and sent Kiran the wrong way, before slotting the ball home to make it 2-0. Just as the match neared the end, the home team pulled one back in the 87th minute through Tej Tamang, who powered home a venomous shot from 30 yards.