Changing the World One Person at a Time 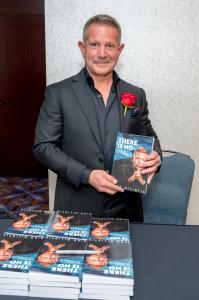 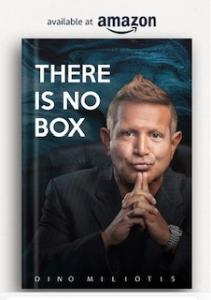 All it takes is one person to believe in you and motivate you to change; once you see the results, you do the work yourself. But one thread is common to all: the gift of hope for the future”

Miliotis is thrilled to be part of this movement of hope. “Now, more than ever, people need hope. The stories we feature… ordinary people living extraordinary lives… demonstrate it really is a life without limits.” Many titles tout the idea of living a ‘life without limits’ but what makes Miliotis different is that he’s a dreamer that makes dreams a reality. “Everyone has qualities of greatness,” explains Miliotis, “but not everyone believes it.”

His personal journey of success, failure, and alcohol addiction to recovery, made public in his recent memoir, There Is No Box, details his innate ability to reinvent himself and build empires by gut instinct. His book is filled with the emotional pitfalls of a first-time author but in the end, you discover humility and courage, and the belief that, when given hope, people are capable of greatness.

“Dino has a gift –not only for inspiring self-love and hope, but he literally lives this mantra in his words, actions, and fellowship of people –many of them in recovery,” says Jessica Veljkovic, a recovering alcoholic, fan and new friend. “He gives you that pure hope we feel in the vestiges of youth when our lives were unmarred and unrestricted.”

Just weeks ago, Jessica Veljkovic walked down the aisle celebrating her two months of being sober, and according to her, it’s all due to Miliotis. Veljkovic had reached out to Miliotis in desperate need of help.

“He asked me if I wanted to change my life” she recalls. “I said, yes, thinking about how days prior, I would have traded a handful of vodka for my then fiancé… It was a moment of true awakening.” Miliotis not only paid for Jessica Veljkovic’s 30-day recovery program, but also attended her wedding in June 2022 to show support. “Amongst a crowd of well-wishers, he stood across from me,” says Veljkovic, “with his sunglasses reflecting the sun as if announcing hope and serenity to the world.”

“I’m so proud of Jessica,” says Miliotis, “she is extremely talented, with a bright future ahead of her.”

Since his own recovery in 2020, Miliotis continues to be guided by his instinct and ‘higher power’ to bring hope to others. “Life Without Limits Magazine will focus on the millions out there who do truly inspirational work through their services, life mission, and businesses,” says Miliotis. He is personally selecting inspiring feature stories in his monthly publication, giving each a chance to tell their story. The magazine is free to subscribers.

Starting out with nothing, Miliotis made success a reality by persevering in the face of adversity. This month marks 25 years since his story first appeared in People Magazine. For almost 40 years, entrepreneur, author, and philanthropist Dino Miliotis has been a driving force in business and has been featured on Oprah, Forbes, Entrepreneur, and People Magazine. As a recovering addict, Miliotis documents his life journey and road to recovery, from a more than 20-year battle with alcohol, in his memoir, There Is No Box. The book was an immediate success, especially in the recovery community estimated nationally at over 30 million. Since then, he travels across the country to speak at sober living communities to inspire men and women to live a life without limits. This paved the way for him to join Hyer Calling Foundation as CEO in 2021 and finally, the formation of Foundation Fundraisers, an organization dedicated to raising funds and awareness for those in recovery and for other worthwhile causes all over the world. The billionaire entrepreneur is best known as the inventor of an all-natural insect repelling bracelet, Bug-Ban, and is one of the pioneers of outsourced payroll as we know it. With an insatiable curiosity and creative mind, even after announcing his retirement in 2020, Miliotis has no plans of slowing down. He is also the founder of Life Without Limits Magazine, Life Without Limits Channel, and FOTIA Entertainment Group. Recently, he announced plans for a second book, slated for fall 2023. There is no telling what Dino Miliotis is up to next.