Celebs at religious places ahead of their film’s promotions: Plain devotion or smart PR strategy? | Bollywood 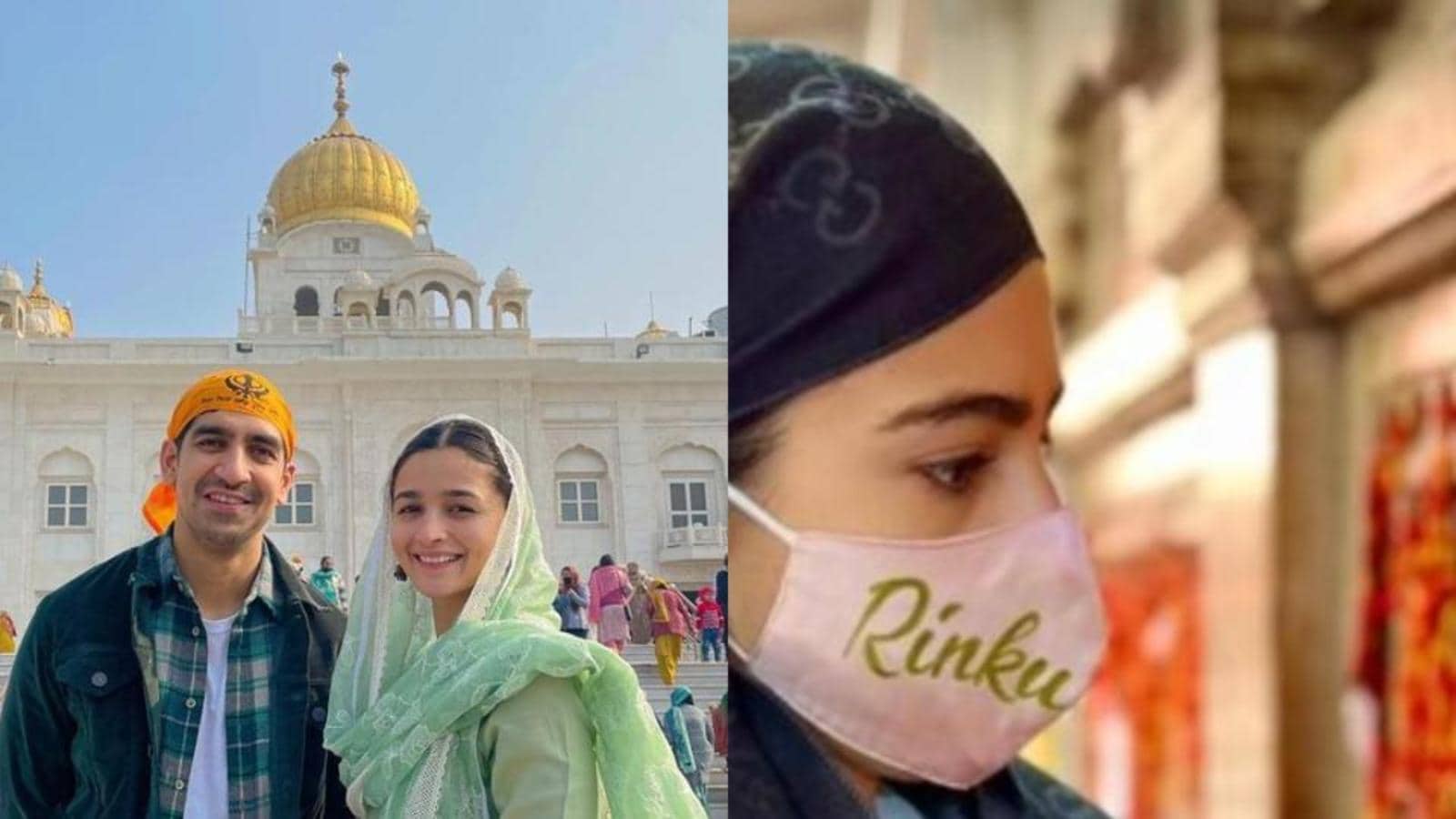 Be it a poster launch, a trailer coming up, or film set for a release, these are the usual events which go hand in hand with celebs being spotted at religious places. Examples? Actor Alia Bhatt, along with director Ayan Mukerji, who had the motion poster of their film Brahmastra releasing — were spotted at the Bangla Sahib gurudwara in Delhi. Bhatt shared a picture of them on her Instagram account.

Actor Sara Ali Khan, too, has a project, Atrangi Re, releasing soon. She was also spotted at the same gurudwara as Bhatt as well as at the Hazrat Nizamuddin dargah. Kartik Aaryan, who was shooting for Shehzaada in Delhi, visited Bangla Sahib most recently.

Are these visits just for devotion? Or is there more to it? Trade expert Atul Mohan says all this is to “keep themselves in circulation”.

He elaborates, “Social media is such that you have to have something to post every day. Sometimes, press releases are sent out too. There are so many platforms as well now, Instagram, Facebook, Snapchat, Twitter… they do this to just stay in the news too. This way they also interact with their fan clubs, there are social media managers as well.”

Emphasising on the nature of the business, trade analyst Joginder Tuteja adds that there is nothing like “spotted” — everything is pre-orchestrated. “This is showbiz, the visual world, people see and believe, look and hear all things happening around. If you don’t do that, you don’t get traction. You can’t be judgmental about doing that. Yes, it does grab attention towards something that you have coming up, and something which will attract masses. It always works. When you attach that to a celebrity, then obviously a film’s promotion will also come into place,” he explains.

The team of Brahmastra also revealed the film’s logo in 2019 by visiting the Kumbh Mela in Uttar Pradesh. In the past too, actor Katrina Kaif visited religious places such as Ajmer Sharif dargah, ahead of her film Phantom’s release in 2015.

Tuteja further adds that the fact that people talk about it is their aim. “They have been successful in what they wanted to do. Religion is something which will attract masses,” he says.

Ad guru Prahlad Kakkar calls it a “good promotional strategy”. He elucidates, “It’s good PR. Why not? It doesn’t take too much, they inform the authorities in advance, they make way for them, don’t have to stand in any lines or push anybody. They are given preferential treatment and it is not painful. It’s a pretty interesting experience. The visit is hence maybe deliberate as well.”