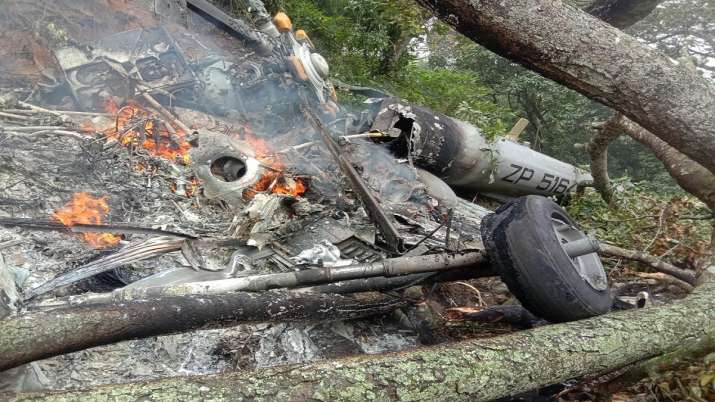 IAF Helicopter crash: The Indian Air Force (IAF) on Wednesday ordered an inquiry into the crash of Mi-17 V5 helicopter which had Chief of Defence Staff Bipin Rawat, his wife, and other defence personnel on board. The medium-lift chopper crashed near Coonoor, Tamil Nadu.

“An IAF Mi-17V5 helicopter, with CDS Gen Bipin Rawat on board, met with an accident today near Coonoor, Tamil Nadu. An Inquiry has been ordered to ascertain the cause of the accident,” the Indian Air Force said in a statement.

According to reports, there was dense fog in the area when the helicopter met with the accident bursting into flames.

News agency PTI reported quoting official sources that four bodies were recovered from the charred remains of the chopper. Three injured persons were rescued and shifted to a hospital nearby.

CDS Rawat has also been shifted to hospital. Details about his condition is awaited.