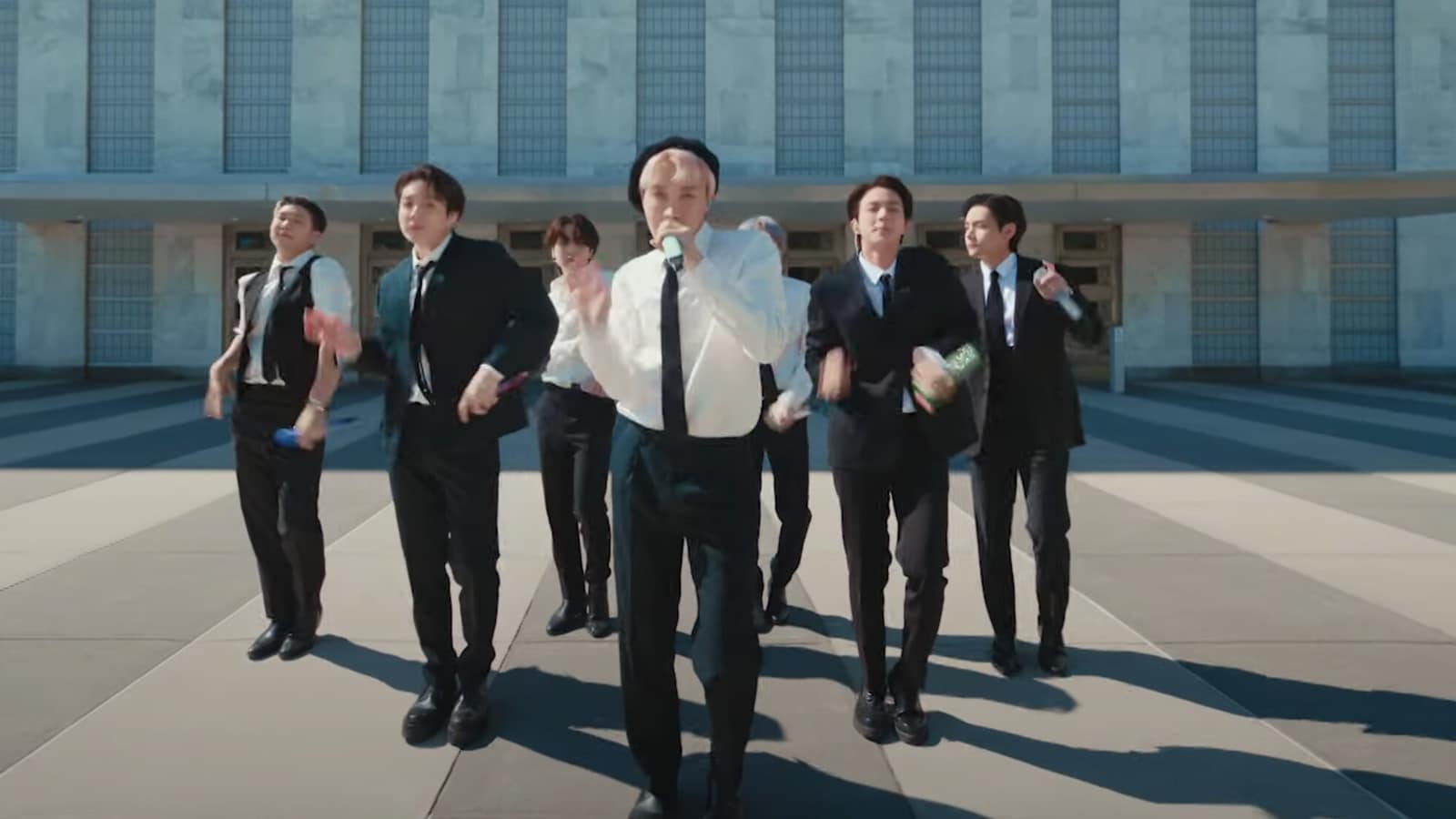 It wasn’t exactly the screaming audience BTS is accustomed to but the Korean pop sensations had another sort of world stage Monday as they addressed the United Nations.

The seven-member boy band, clad in subdued dark suits, said they hoped to rally young people to look at how to work toward the Sustainable Development Goals — UN benchmarks on which the world has fallen increasingly behind.

With Covid restrictions in force, BTS spoke before a largely empty General Assembly call, with delegates in the front rows listening in silence other than occasionally snapping a picture by phone.

After their remarks, the pop stars put on a pre-recorded video of their track Permission to Dance as they showed their moves throughout the General Assembly and on the world body’s lawn facing the East River.

BTS members told the UN session that they were ‘heartbroken’ to cancel their latest tour because of the pandemic and that they had asked other young people to share perspectives on being the ‘Covid lost generation,’ with life disrupted since early 2020.

“There were times during the past two years when I too felt bewildered and troubled but still we hear people cry out, ‘let’s live on, let’s make the best of this moment,'” singer Jin said as he recounted responses from young people.

“We can’t stand still in taking on new challenges when we’re in the ideal time of our lives.”

The pop stars said that they had been vaccinated against Covid and also noted that young people were “searching for answers” on how to fight climate change.

BTS was introduced by South Korean President Moon Jae-in who has given the pop stars diplomatic passports, the latest effort by Seoul to seize on the global popularity of K-pop.

Also read: BTS: When an emotional Jimin apologised to fans for not being able to perform

The Sustainable Development Goals include eradicating extreme poverty around the world by 2030. But the United Nations says the Covid crisis has set the effort back by years, with well more than 100 million people thrown back into poverty and hunger — in addition to the more than 4.5 million people who have died.

“It would be easy to lose hope. But we are not hopeless or helpless,” Secretary-General Antonio Guterres told the session. “We have a path to recovery if we choose to take it.”