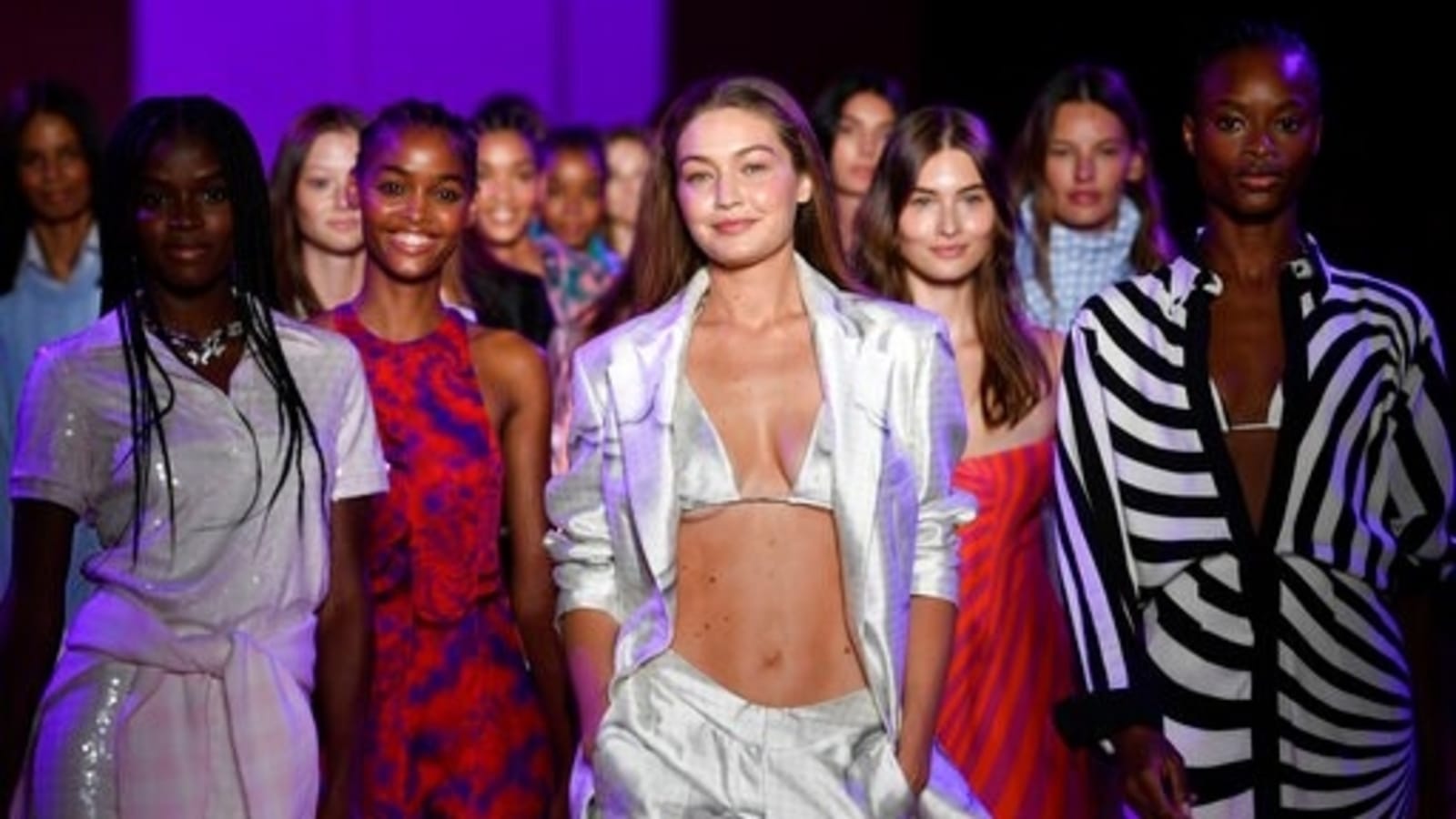 At the end of Brandon Maxwell’s show at New York Fashion Week, his models were doing something models don’t usually do on runways: They were smiling.

Maybe that’s because Maxwell had dressed them in clothes meant to project joy and fun — psychedelic patterns, shimmering fabrics and bright colours, in casual garments that evoked a day in the park or at the beach.

“Don’t we all want to be on a beach at this point?” Maxwell said during a backstage interview after Friday night’s show. “Life has not been a beach for the last year and a half.”

In the past, he said, his designs have been a more literal reflection of his mood and experiences. “If it’s a dark time, it’s been dark clothes, and tight,” he said.

But this time, rather than focus on the bleakness of the past year, Maxwell said he wanted to “find the beauty in this moment.”

So he imbued his Spring Summer 2022 collection with a casual-chic aesthetic featuring bold prints in pinks, oranges and greens, plaid board shorts, shiny windbreakers, jackets and trench coats, dresses in bright metallics, and tees emblazoned with a mushroom design. There were long dresses, too, but made casual by wide stripes or bold psychedelic prints.

Beachwear also made an appearance, with models in bikini tops carrying rolled towels or blankets fashioned into cross-body bags. Some toted matching oversized backpacks. Supermodel Gigi Hadid closed out the show in a silvery, patterned pantsuit with a bikini top.

Maxwell is known for his lavish gowns and formal wear, favoured by notables including Michelle Obama, Meghan Markle and especially Lady Gaga. But he said his real personal style is more laid back.

“I’m a very casual person,” he said. “I have a pair of shorts on under these nice pants that I’m putting on for you.”

Though Maxwell was excited to return to an in-person show, he said the experience was bittersweet.

“It was the first show without my family and most of my friends, so that felt hard,” he said. “This is always a familial experience for me, doing the shows.”

“But I have a different family, too, that’s here,” he said. “And that’s the family that works with me and makes the collections.”

Maxwell praised the unsung workers who helped make the show a reality. “People forget that this is a business, and I think they see a designer at the end of the runway and models, and don’t think about all the people who come into work every day to make those clothes,” he said.

Despite a difficult year, Maxwell said he felt real happiness as he watched the show unfold.

“I felt pure joy when the first woman hit the runway, for I don’t know how long the show was,” he said. “It felt like 30 seconds…nine minutes maybe. Yeah, it felt great for nine minutes.”

“It was nice to see everybody tonight feeling like there was a glimmer of hope again,” he added.