Orange Mound produced 3 Gold medal winners and more NFL players than any community in America, once had great tennis players. White racist in Memphis sold the Black park that had two tennis courts. Memphis never replaced the tennis courts due to Memphis racism 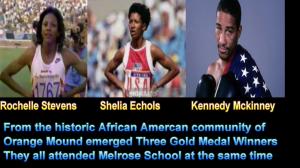 There are Countries who have never won a Gold Medal. While the Community Orange Mound has produced 3 Gold Medalist the City of Memphis racist planned strategy is to marginalize this achievement via not acknowledging this achievement. There is no historic marker 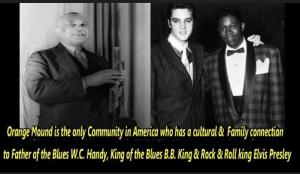 Richard, Venus & Serena Williams Could have possibly emerged from the Black Community of Orange Mound in Memphis, Racism would have prevented their emergence

Those who have no record of what their forebears have accomplished lose the inspiration which comes from the teaching of biography and history.”

MEMPHIS, TN, UNITED STATES, April 10, 2022 /EINPresswire.com/ — The father of African/American history month Dr. Carter G. Woodson writes: “Those who have no record of what their forebears have accomplished lose the inspiration which comes from the teaching of biography and history.”

Anthony “Amp” Elmore a Memphis five time World Karate/Kickboxing champion who is also Memphis 1st Independent Feature filmmaker watched the movie “Kick Richard” when it was 1st released in November 2021. Because Elmore knew the history of Memphis White Supremacy, Racism and Black on Black Racism the film was difficult for Elmore to watch. Elmore knew and understood the the story of Richard Williams A Black father and how he motivated his Black daughters Venus and Serena Williams to become two of the greatest tennis players in the World.

The pain and heartbreak that Elmore felt was knowing the continual clear-cut Memphis White Supremacy, Racism and Black on Black Racism that prohibited a Richard, Serena and Venus Williams to emerge from the historic Black Community of “Orange Mound.” Mary Mitchell the 85 year old Orange Mound Historian who was born in Orange Mound calls the names of not only dynamic tennis players who once lived and played tennis in Orange Mound she noted great baseball players and swimmers who lived in “Orange Mound.” Melrose School in “Orange Mound” has the distinction of producing more NFL players than any community in America.

Elmore explains in the film the issue of Memphis White Supremacy, Racism and Black on Black Racism as to how the City of Memphis use a planned strategy to discount, deconstruct, diminish, demolish, demonize and degrade the Black Memphis Community of “Orange Mound.” Whites deconstructed the community via removing its middle school in 1972.

Elmore notes that the Memphis media and its institutions have a strict and planned strategy to control the narrative and paint “Orange Mound always using a negative brushstroke.”

The community of “Orange Mound” and its high School Melrose is perhaps the only School in the World that produced 3 Gold medalist who attended school at the same time. In fact the African/American Community of “Orange Mound” in Memphis is associated with 5 Super Bowl rings, many NBA players, a World boxing champion and a World Superheavyweight Kickboxing Champion. Orange Mound produced America’s 1st Black Female Nuclear Physicist and one of America’s top spinal orthopedic Surgeons.

Elmore’s April 1, 2022 video titled; “Memphis Movie notes Racism why a Richard, Venus or Serena could not have emerged from Orange Mound.” While Elmore’s documentary film is a 3 hour movie, Elmore produced a 5 minute video excerpt from the film that explains Memphis continual Racism, White Supremacy and Black on Black Racism that continues to deny “Orange Mound equality and Resources.” Click Here to See Video .

In 1928 Black residents in Orange Mound built “Orange Mound Park.” Blacks built a “state of the art swimming pool and the first for a Black neighborhood in Memphis. The park also had a baseball Diamond, two Tennis Courts and a place to hit golf balls. The Orange Mound Park was a badge of honor for segregated Blacks in Memphis.

In 1967 the Mid-South Refrigeration Company wanted to expand. While Black resident protested the dominate White racist Memphis City Council sold the loved and honored Black Park to Mid-South Refrigeration Company. The White dominate City of Memphis vehemently filled the swimming pool, destroyed the baseball diamond, erased the tennis courts and destroyed the viable and loved Orange Mound Park. The event was a direct assault of Black people in Memphis.

While Blacks were powerless to stop the cold hearted White racist in Memphis, “would be swimming champions”, Tennis players and Black Baseball in Orange Mound suffered. Whites leaders in Memphis used a planned strategy and sent a message to “Orange Mound ” that they do not deserve a Tennis Court. The fact of the story of Venus and Serena Williams is that the Community of Compton California had a Community Tennis Court. Elmore explains the strong message that White Memphis notes to Black Orange Mound; while Black Orange Mound is the 1st Black Community in America built for Blacks by Blacks Whites can take your Park, deny the Community resources and Black leaders will remain silent.

Elmore’s movie notes that Memphis White Supremacy, Racism and Black on Black Racism not only cause Blacks in Orange Mound to suffer, also Memphis racism and rotten treatment of Orange Mound does injustice to America in that much of America’s history is buried in Orange Mound.

One of the untold stories is the fact that “Orange Mound” is the only community in America that has a cultural and historic relationship with W.C. Handy father of the Blues, B.B. King, King of the Blues and Elvis Presley king of Rock and Roll. Click Here to see our video of this story.:

B.B. King once lived in “Orange Mound ” with his “Blues Hall of Famer cousin Bukka White. B.B. performed at the W.C. Handy Theatre.

The W.C. Handy Theatre in Orange Mound held talent shows. While it was against the law for Whites and Blacks to integrate Elvis would drive his motor bike to “Orange Mound” hang out with Black youth and participate in Talent shows with Blacks at the Handy Theatre.