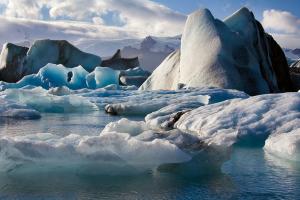 Black carbon coats glaciers and causes them to melt.

The future of humanity is at stake, and it doesn’t have to be. We have the technology and capital needed to save lives and livelihoods, and rescue our planet from black carbon.”

Pregnant women are at increased risk of losing their pregnancy or experiencing premature deliver due to climate change. Particularly women in underserved communities.

Less talked about, is that male sperm count rates are down due to environmental factors associated with climate change. The decline is not only on a downward trajectory, but the rate of plummeting sperm counts is accelerating.

Changing weather patterns even impact birth rates among those who can conceive. Children who are born are coming into a world of converging crises, and climate change threatens their health and ability to further reproduce.

Don Owens, the patent attorney and engineer founder of the Black Carbon Coalition, underscored the “planetary crisis of a black carbon pandemic” and its impact on reproductive health. Despite the growing body of evidence that black carbon is the key driver of anthropogenic climate change, government bodies both nationally and internationally continue to push policies that miss the point. These issues even went virtually undiscussed at COP27.

“We don’t have 100 years to wait for results. We need immediate change to reverse the alarming trends we are just now beginning to witness,” said Owens. “The future of humanity is at stake, and it doesn’t have to be. We have the technology and capital needed to save lives and livelihoods, and rescue our planet from black carbon, it is simply a matter of organizing and properly allocating and leveraging these resources.”

Owens recently drafted a model resolution that can be used by lawmakers as a framework for combatting black carbon, which Owens says is a substantive solution against greenwashing and climate change denialism.

Owens is the author of Burn Fuel Better: From Helpless to Hopeful in the Race Against Climate Change, which details his discoveries about black carbon.

The Coalition explains that black carbon is very fine particulate emissions that are the result of incomplete combustion of fossil fuels such as natural gas, diesel, coal, biomass, and other carbon intensive fuels.

Black Carbon Coalition is fighting the enemy of the planet: Black Carbon.