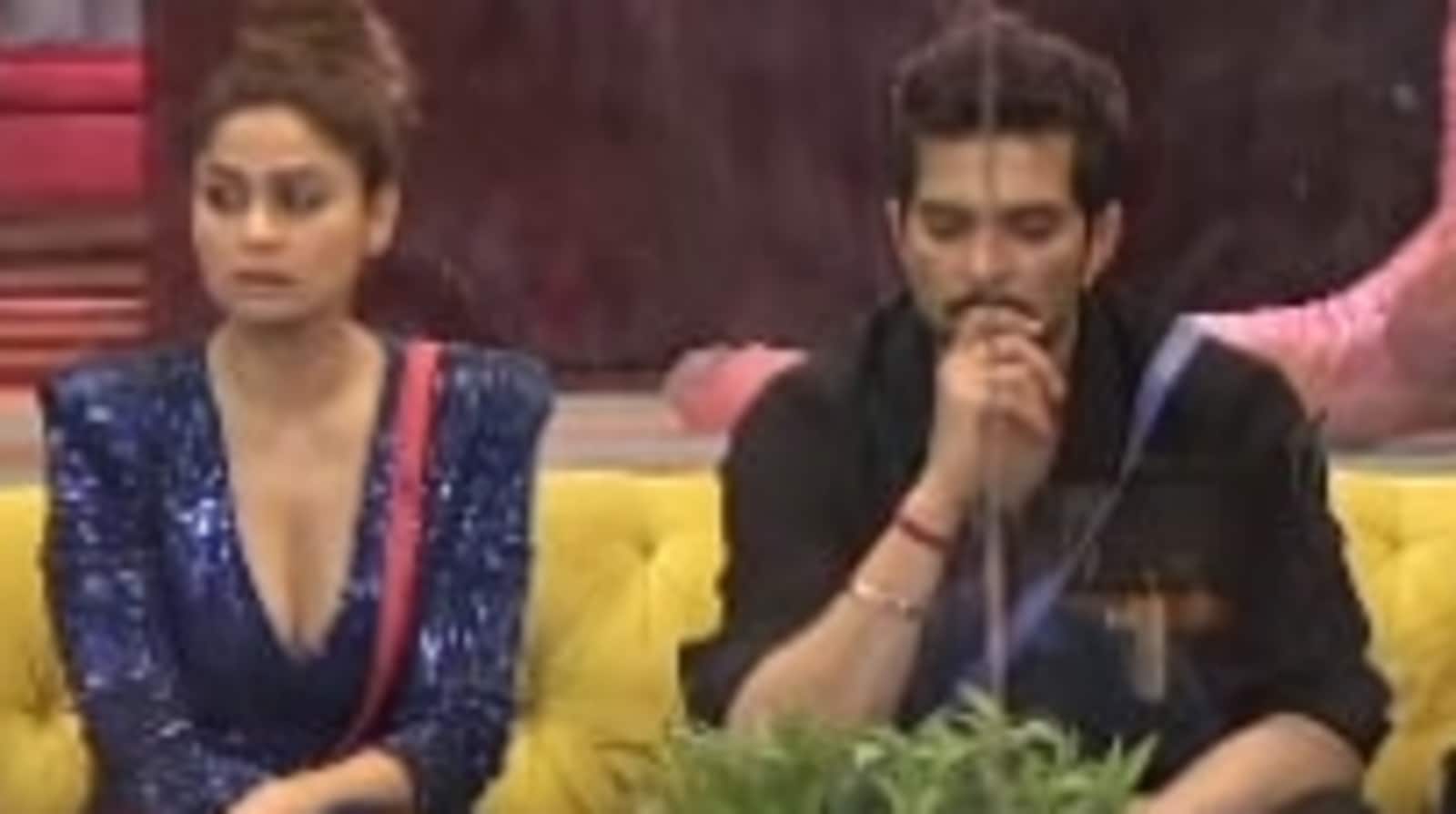 As Bigg Boss OTT contestants geared up for the final, the live feed for the show was stopped on Friday evening after the day’s episode. Soon after they got to know that the live feed had been stopped, Nishant Bhat and Divya Agarwal wanted Shamita Shetty to kiss Raqesh Bapat.

After Bigg Boss announced that the live feed had been stopped, Shamita Shetty told everyone that she felt all cameras were off. Nishant Bhat and Divya Agarwal told her to run off to Raqesh, suggesting they should kiss. As Shamita blushed, Divya said, “We did the same,” possibly referring to her time with boyfriend Varun Sood.

Divya then began following Raqesh to the bathroom area. As he went inside and locked himself, Divya asked him to kiss Shamita saying, “Raqesh! Shamita ko kissi chahiye. Cameras off hai, jaldi se kiss karlo. Kar lona, maine aur Varun ne bhi kiya tha (Shamita wants a kiss and the cameras are all off. Please kiss her quickly. Even Varun and I kissed).”

Raqesh did not listen to Divya at all and walked away. As he entered the hall, Divya followed him. Nishant also joined Divya and they started insisting that Shamita and Raqesh should kiss. Shamita was also present there. Even as Shamita and Raqesh refused to do so, Nishant and Divya dragged them closer. Just then, Nishant dropped a jacket over them, giving it the famous Aashiqui pose for a few seconds.

In a recent episode, Raqesh took Shamita by surprise when he told her that he loves her. She said, “You don’t say nice things about me very often,” and Raqesh replied, “I should be able to see nice behaviour first.”

When Shamita prodded him for compliments a little more forcefully, Raqesh said, “Je t’aime” – ‘I love you’ in French. Shamita was shocked. She asked, “Do you even know what je t’aime means?” Raqesh said he does, which left her speechless. “I can’t top that,” he said.

Earlier, Shamita Shetty’s mother Sunanda Shetty visited the Bigg Boss OTT house to boost her morale. When Shamita asked her mother about her ‘connection’ Raqesh Bapat, she called him ‘such a sweet man, he’s a gentleman’.