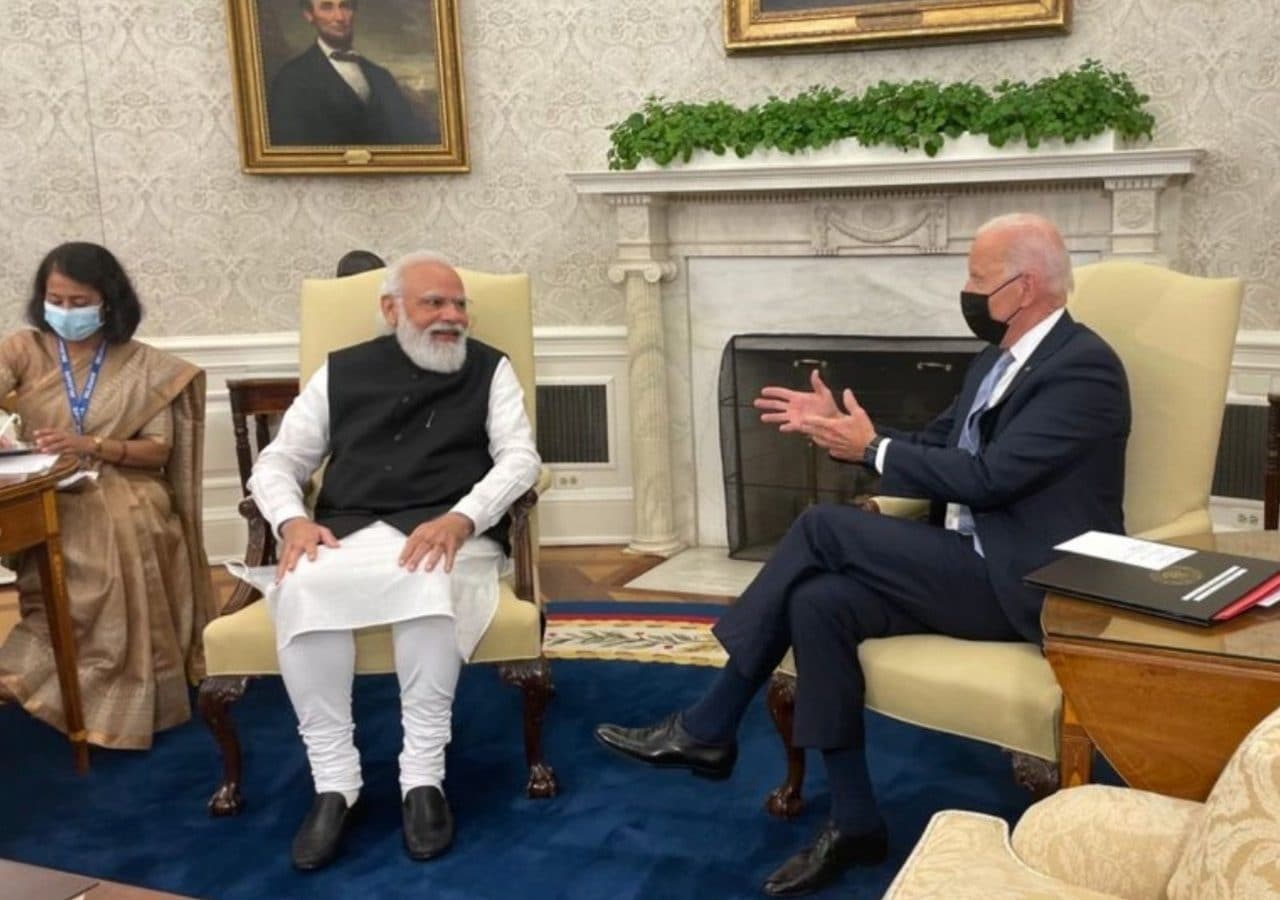 United States President Joe Biden, in his introductory remarks to Prime Minister Narendra Modi, said the two countries were beginning a new chapter in Indo-US relations. Biden told PM Modi, “I have known you for a long time. I am glad that you have come back to the White House… You are well aware of our history… Our relationship has always been good.”

PM Modi arrived at the White House to meet President Biden on Friday for his first bilateral meeting. The two are expected to discuss a wide range of priority issues, including combating Covid-19 and climate change, economic cooperation as well as Afghanistan.

Earlier, Biden announced on Twitter that he was hosting PM Modi at the White House for a bilateral meeting ahead of the first in-person Quad summit of the US, Australia, India and Japan.

To this, PM Modi told Biden that India and US trade will continue to play a major role in the relationship between the two countries. He said, “In 2014 and 2016, I got an opportunity to talk to you… You had shared your vision for Indo US relations… You are carrying forward that vision as the POTUS (President of the United States).”

While the two leaders have met earlier when Biden was the Vice President of the country, this is for the first time that Biden will be meeting Modi after he became the 46th president of the US in January. After Biden’s inauguration, the two leaders have spoken over the phone multiple times and have attended a few virtual summits, including that of the Quad in March hosted by the US president.