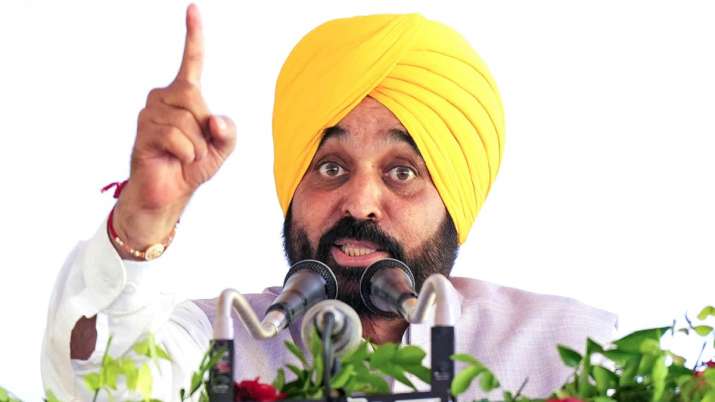 Bhagwant Mann de-boarded row: Amid ongoing allegations that Punjab Chief Minister Bhagwant Mann was “de-boarded” from a Lufthansa flight because he was drunk, the airlines have issued a clarification stating the reasons for the flight delay. It said that the 4-hour delay in the Delhi to Frankfurt flight was caused due to a delayed inbound flight and aircraft change.

“Our flight from Frankfurt to Delhi departed later than originally planned due to a delayed inbound flight and an aircraft change,” Lufthansa News tweeted replying to a user asking about the delay in the flight. On Monday, Shiromani Akali Dal (SAD) President Sukhbir Singh Badal had levelled serious allegations against Mann and asked him to clarify reports of him being deplaned from a flight as he was “too drunk to walk” leading to a 4-hour delay.

In another tweet by a user asking whether CM Bhagwant Mann was “drunk”, Lufthansa News tweeted that it can’t provide information regarding individual passengers due to data protection reasons. “For data protection reasons we do not provide any information regarding individual passengers,” Lufthansa News said in another tweet.

“Disturbing media reports quoting co-passengers say Punjab Chief Minister Bhagwant Mann was deplaned from a Lufthansa flight as he was too drunk to walk. And it led to a 4-hour flight delay. He missed AAP’s national convention. These reports have embarrassed and shamed Punjabis all over the globe,” tweeted Badal earlier in the day.

Reacting to this, Aam Aadmi Party (AAP) also dismissed the Shiromani Akali Dal (SAD) President Sukhbir Singh Badal’s charge that Mann was deplaned from the flight due to intoxication and said that the Opposition doesn’t have issues to talk about and the Punjab Chief Minister had health problems.

Notably, Mann returned from his eight-day trip from Germany on Monday.

Also Read: Was Punjab CM Mann deboarded from plane at Franfurt for being ‘drunk’? Oppn claims yes, AAP says no