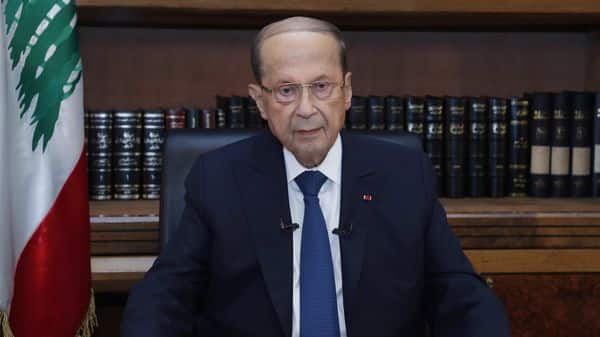 In recent decades Lebanon has been a place of relative calm in a turbulent region. Now it is living through a once-in-a-century economic meltdown.

The collapse, rippling through all levels of society, has been accelerated by the lasting effects of the explosion in the Port of Beirut one year ago today.

Power outages have become so frequent that restaurants time their hours to the schedule of electricity from private generators. Brawls have erupted in supermarkets as shoppers rush to buy bread, sugar, and cooking oil before they run out or hyperinflation topping 400% for food puts the prices out of reach. Medical professionals have fled just as the pandemic hammers the country with a new wave of infections. Thefts are up 62% and murder rates are rising fast.

In May, Gaith Masri, a 24-year-old law student and gas-station attendant from northern Lebanon, was shot dead after a scuffle with a customer when he refused to go beyond a rationing limit. “He was killed in cold blood, just because he wouldn’t fill up someone’s tank,” said Firas Masri, Gaith’s cousin. A month earlier, a gasoline smuggler had shot their uncle in almost the same spot for also refusing to go beyond the maximum allowance the station had set. He may never walk again.

The World Bank, measuring the contraction of GDP per capita—which was down about 40% from 2018 to 2020—and the estimated time it could take for Lebanon to recover, reported in May that the country’s economic crisis could rank among the top three in the world in the past 150 years.

“At some point the crisis gets so bad that even the building blocks of a recovery end up disappearing,” said Mike Azar, a debt-finance expert who has advised government agencies. “You never get back to the kind of economy that you had before.”

While many economic crises stem from wars and natural disasters, or more recently the pandemic, Lebanon’s collapse reveals the government’s nearly bottomless capacity for self-inflicted harm. The fallout risks destabilizing an already-volatile area of the Middle East that is still reeling from the war in neighboring Syria and tensions on the Israeli border.

Lebanon has suffered through years of government mismanagement and corruption that caused a financial crisis in 2019, which resulted in the country defaulting on its bonds for the first time since it won its independence from the French mandate in 1943.

Not even its own yearslong civil war, the absorption of millions of refugees from neighboring countries, repeated conflicts with Israel, and political assassinations managed to break the country in this way.

The World Bank rates Lebanon’s crisis worse than Greece’s in 2008, which made tens of thousands of people homeless and triggered years of social unrest, and more extreme than the 2001 crisis in Argentina, which also provoked widespread turmoil.

Depending on how Lebanon plays out, the World Bank said the country could rank just behind Chile, which took 16 years to recover from its 1926 collapse; and Spain during its civil war in the 1930s, which cost it 26 years. The bank estimated Lebanon could take between 12 and 19 years to recover.

As disastrous as it is, Lebanon’s collapse is unlikely to cause a global contagion. Lebanon’s debt burden in 2020 was $92 billion, compared with $417 billion for Greece the same year. Still, the crisis has had a ripple effect in the Middle East. Yemen’s banks had more than $240 million deposited in Lebanon as of 2019, and the Kurdistan Regional Government in Iraq has been locked out of oil revenues that are now stuck.

The massive explosion at a Beirut port a year ago sped Lebanon’s free fall. The blast killed more than 200 people and caused as much as $15 billion in damage, according to an estimate from Beirut’s governor.

The blast toppled Lebanon’s government, which resigned under pressure from protesters and the political elite. Following nine months of failed attempts to form a new one, Saad Hariri, the scion of a prominent Lebanese family, resigned as prime-minister designate after clashing with the country’s president, Michel Aoun, over cabinet appointments.

“May God save the country,” said Mr. Hariri as he announced his resignation on live TV.

The deadlock among Lebanon’s political power brokers has disrupted talks with the country’s potential creditors and upended plans to contain the fallout from the crisis. In Lebanon’s political system, the top leadership roles are divided by sect, with the prime minister’s office going to a Sunni Muslim, the president a Maronite Christian and the speaker of Parliament a Shiite.